German Chancellor Angela Merkel's party suffered a setback in an election in the northern state of Schleswig-Holstein, where voters punished the current center-right coalition government by voting it out of office.

But the blow was softened by a stronger-than-expected showing of the FDP, which scored over 8 percent, ending a series of disastrous election results for the party in recent years. The outcome may help stabilize the FDP, whose support has slumped amid heavy criticism of its record in Merkel's government since 2009.

The party's troubles have prompted speculation about the stability of Merkel's government, and may force her to seek a new, stronger, coalition partner after the next general election scheduled for 2013. The Schleswig-Holstein result is also likely to boost the FDP's campaign in the far larger and more important state of North Rhine-Westphalia, which will hold an election on Sunday, May 13.

The CDU is likely to have remained the largest party in Schleswig-Holstein, a rural state of 2.8 million, with around 30 percent, down slightly from the last election but narrowly ahead of the center-left Social Democratic Party, which increased its vote by almost five points.

The result would give both parties 22 seats in the 69-seat assembly and opens up a range of coalition options. The most likely is seen as an alliance between the Greens, the SPD and the South Schleswig Party, representing the state's Danish minority.

"This is our goal," SPD candidate Torsten Albig told German television on Sunday night. "If that doesn't work we'll see what other coaltions are possible."

The Greens saw their support rise by around 1 percent to just over 13 percent, while the Pirate Party, which appeals to young, Internet-savvy voters, scored over 8 percent -- it's third strong showing following surprise gains in the Berlin city state election last September and the Saarland election in March.

But the CDU could still end up leading a Schleswig-Holstein government, for example if it forms a so-called "grand coalition" with the SPD, or a three-way alliance with the Greens and FDP. It will take weeks of talks before a new coalition is formed. 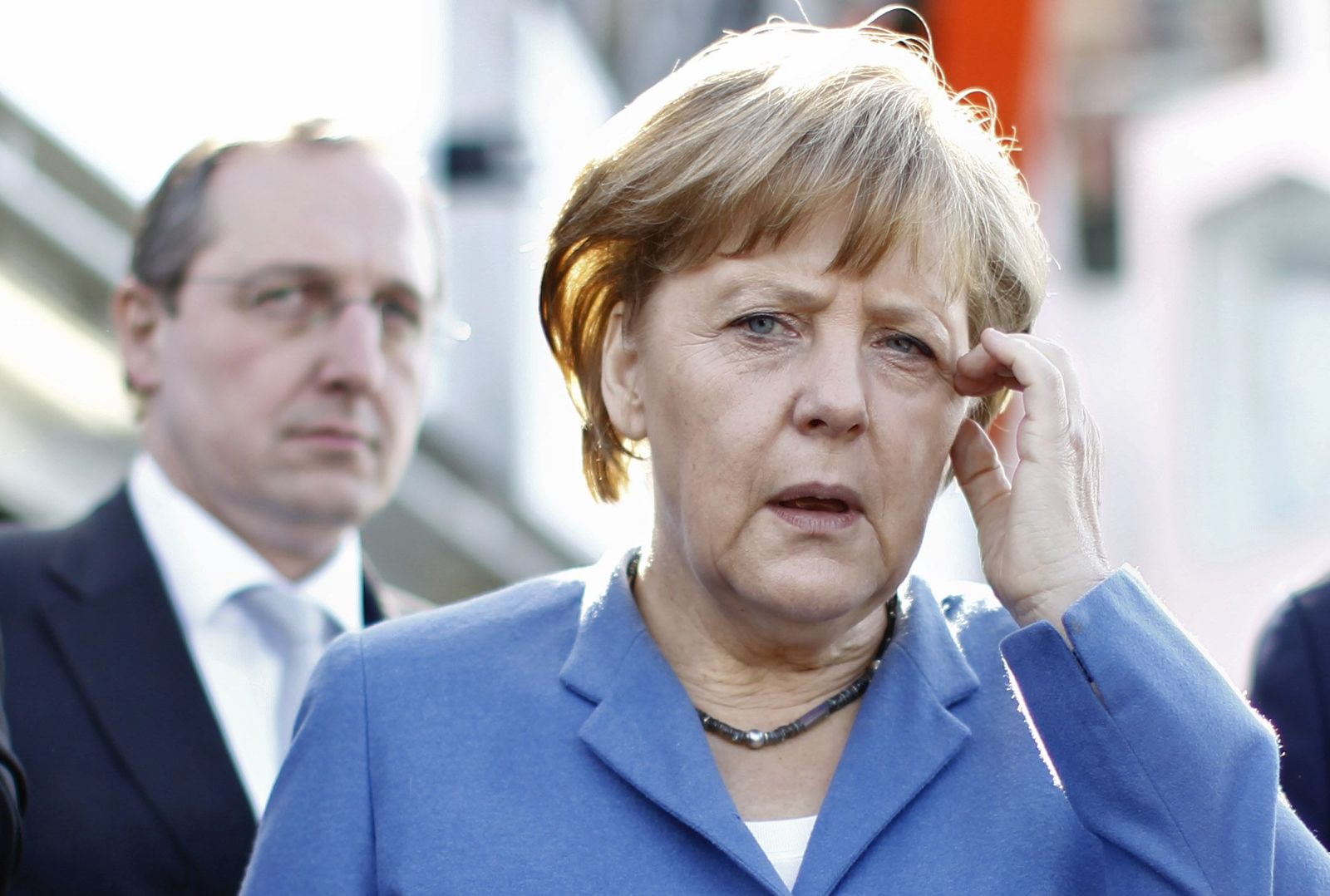 Angela Merkel during a visit to the northern state of Schleswig-Holstein in March. Behind her is the state's conservative candidate, Jost de Jager.