German Chancellor Angela Merkel had imagined a different outcome for Friday evening. Originally, she wanted to leave the global climate summit in Copenhagen late in the afternoon -- hopefully after reaching a deal on a wide-ranging agreement to save the global climate. It didn't happen.

She didn't step onto the stage at the Hilton hotel in the Danish capital until five minutes after midnight. Nor did she try to hide the fact that she had just completed a very difficult day.

Once christened the "climate chancellor" because of her successes in international negotiations, Merkel said she had "mixed feelings" on Friday. "The negotiations were extremely difficult. We were faced with the question of whether to suspend the process or to continue." The choice, she said, had been a difficult one. "We would have lost years if we had suspended."

But Merkel was also very open about the fact that the compromise reached Friday doesn't go far enough. "The deal isn't enough for us to achieve the 2 degree goal," she said, referring to the aim of preventing climate change from increasing average global temperatures by more than 2 degrees Celsius by 2050.

'A World in Transition'

Merkel added that the summit came close to failure several times -- and she also made clear who she felt had been responsible. We are living in a "world in transition," she said, and in Copenhagen the international community "experienced a self-confident China." Emerging economies and developing nations, she added, weren't prepared to yield any national souvereignty. There is still no other alternative, however, to a global treaty, she said: "We will have to continue with this process."

The German chancellor urged other countries to take action and was also a prodding participant at the summit. But, in the end, she was unable to have major influence on the outcome. At the end of the day, the compromise came together because US President Barack Obama pressured Chinese Prime Minister Wen Jiabao into an agreement.

Merkel said it had been a "stroke of luck that Obama was there." And, in the end, she said the work had been worthwhile and that things had been moved "a step forward." Nevertheless, she warned, the path to a new treaty is still a long one. "The wall is thick, but we are continuing to drill," she said.

'Not What We Would Have Wished for as Europeans'

The German government is expected to play a central role in this process. At the end of June or in early July, the next ministerial-level climate conference is expected to be held in Bonn, home to the UN climate change secretariat. The event will be an interim meeting in the run-up to a new climate summit in Mexico City to take place one year from now.

During the meeting the German government, led by Environment Minister Norbert Röttgen of Merkel's conservative Christian Democrats, is expected to facilitate work on more concrete, legally binding goals for the 192 participating nations.

For his part, Röttgen also appeared dissatisfied with the agreement in Copenhagen. "It's just a step," the Christian Democrat told public broadcaster ARD. "It's not what we would have wished for as Europeans." He shared Merkel's view that China had been a major obstacle. "We fought and wrestled. China should have been more willing to accept a binding international agreement," he said. 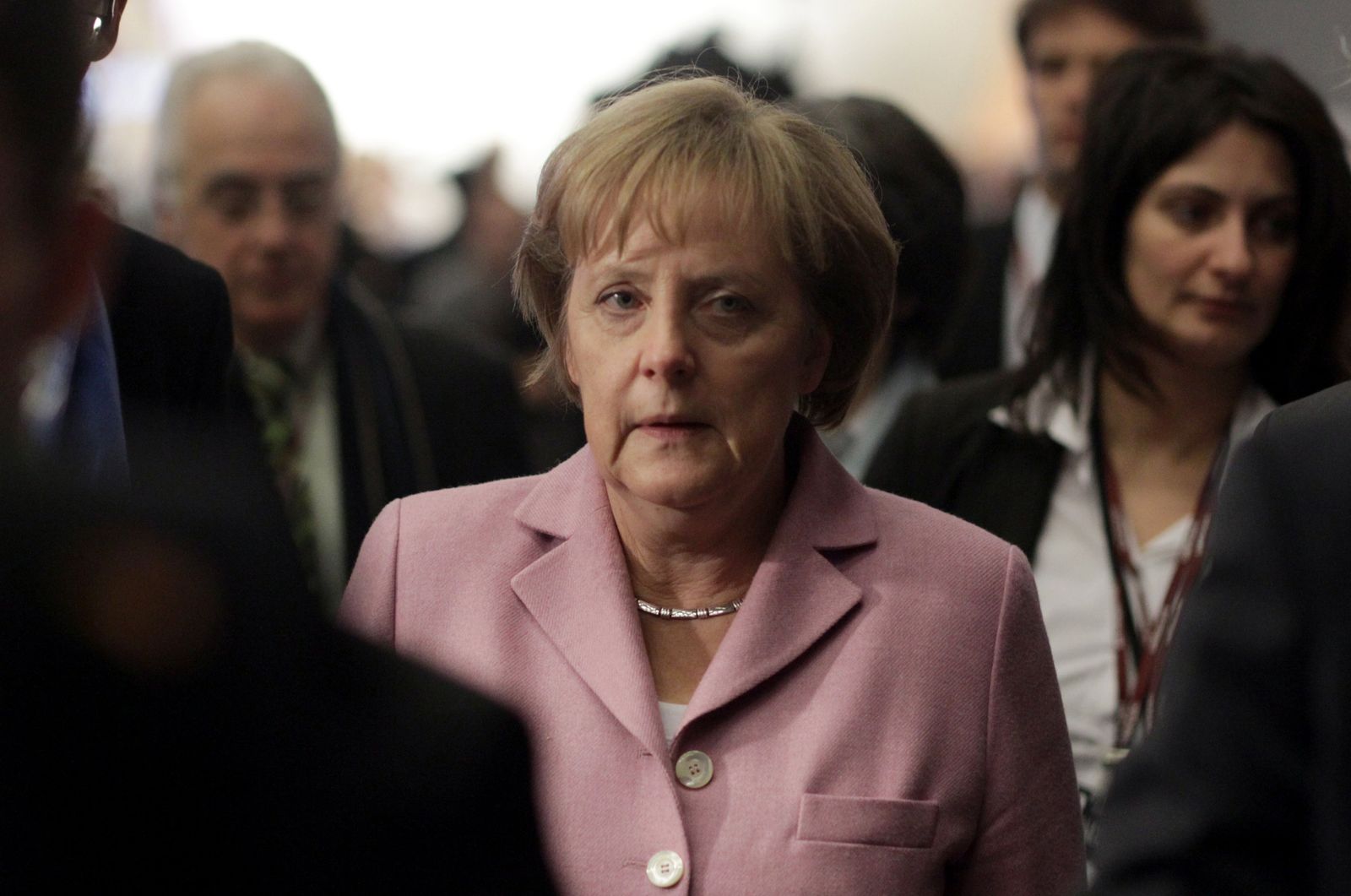 German Chancellor Angela Merkel: "The deal isn't enough for us to achieve the 2 degree goal."