German Chancellor Angela Merkel is due to hold preliminary talks to sound out possible common ground with both the center-left Social Democrats and the Greens in an attempt to form a government following the Sept. 22 election.

She will meet the SPD on Friday of this week and the Greens next week, probably on Thursday.

Her conservatives would prefer to form a grand coalition with the SPD because they are closer on key policies, would have a larger majority and, crucially, would also have a combined majority in the Bundesrat upper house, making it easier to pass legislation.

But the SPD is already signalling that it will extract a high price for an alliance with Merkel in terms of policies and cabinet posts. Talks are also likely to be complicated by the SPD's pledge to ballot its 470,000 members on any coalition agreement.

So it makes sense for Merkel to schedule exploratory talks with the environmentalist Greens as well, even though the party is in turmoil and seeking a new direction following its poor showing in the election.

Significantly, the Greens delegation in next week's talks will include Winfried Kretschmann, the governor of the rich state of Baden-Württemberg, a prominent member of the right wing of the party who has said the Greens should open themselves to alliances with the conservatives.

Kretschmann's standing in the Greens has increased following the resignation of the party's leadership last week. But even Kretschmann doesn't see much scope for a coalition with Merkel. 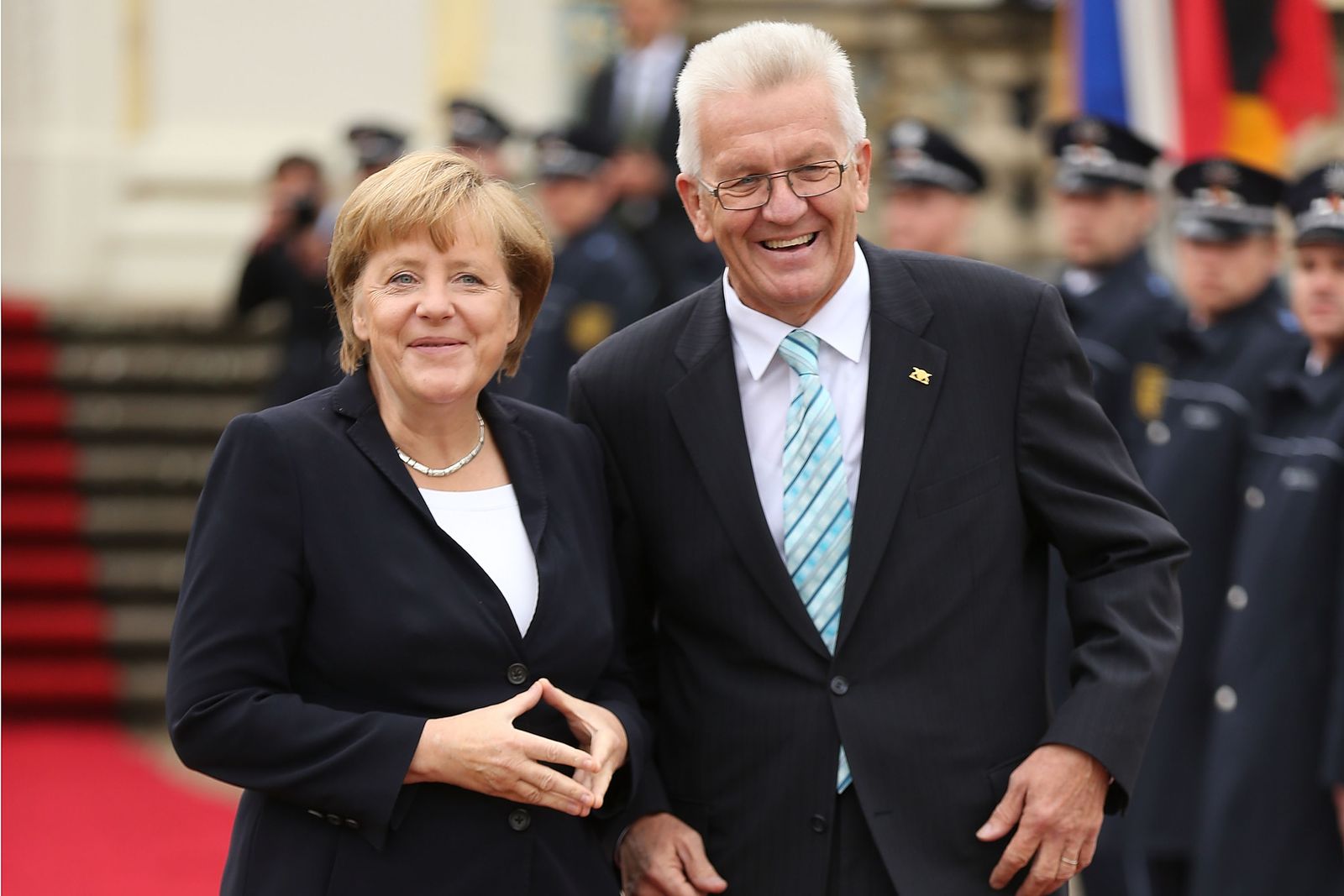 Chancellor Angela Merkel and Winfried Kretschmann, the Green governor of the state of Baden-Württemberg, during a ceremony last year.