Germany should be more tolerant of its Muslims, Chancellor Angela Merkel said on Wednesday night, calling the religion part of the country's makeup.

"We should be very open about this and say: Yes, this is part of us," Merkel said during a teleconference with some 7,000 members of her conservative Christian Democratic Union party.

In view of the violent protests that have taken place in recent weeks across the Muslim world against a controversial anti-Islam film and offensive Muhammad caricatures, Merkel said Germans should be careful to differentiate between Islamists and the religion itself. "We must be incredibly careful that we don't lump everyone together," the chancellor said. "The Islamists are not the Islam of Germany."

Indeed, the majority of the around 4 million Muslims living in Germany have distanced themselves from the violence abroad, Merkel said, adding that those who refuse to recognize the country's laws can naturally expect to face legal consequences.

Merkel's open reception to Islam comes some two years after she was criticized for fanning the flames of the country's immigration debate by saying that the multicultural concept had "failed utterly." During that same speech in Oct. 2010, however, the chancellor did voice support for a widely discussed statement made just weeks before by then-President Christian Wulff, who said that Islam was "part of Germany."

Wulff's comments have been half-heartedly echoed by his successor Joachim Gauck, who said in May that while he wouldn't apply the same statement, he could "embrace the intention."

Recently the integration debate has intensified once again following a Cologne court ruling that found circumcision for religious reasons to be an indictable offense. The decision has been viewed as an affront to the country's Muslim and Jewish communities. Just this week, the Justice Ministry presented a draft law clarifying that the procedure is not a punishable offense.

Ahead of Merkel's statements on Islam on Wednesday, the Chancellery announced that a planned visit to Tunisia next month had been cancelled due to the tense security situation there following violent protests against the US-produced film "Innocence of Muslims," which insults the Prophet Muhammad. Earlier this month, protesters in Sudan set the German embassy on fire. 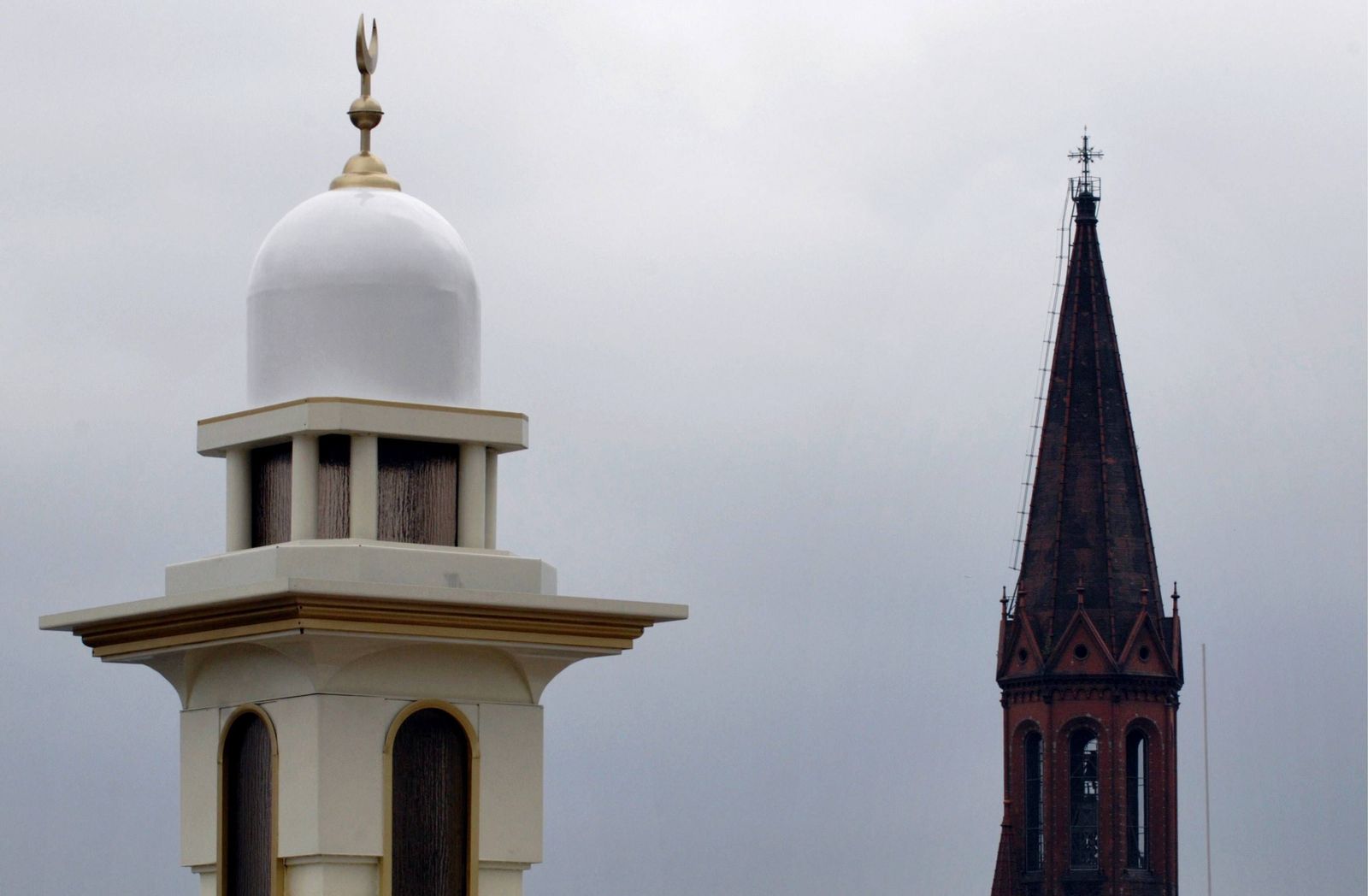 A minaret and a church tower in Berlin's Kreuzberg district.