During a speech given during the awarding of the prestigious Charlemagne Prize for furthering European unity in Aachen on Thursday, Chancellor Angela Merkel used strong words to address the current euro zone crisis. If the euro collapses, Merkel warned, "then Europe and the idea of European union will fail." In her speech to guests gathered to honor this year's recipient of the award, Polish Prime Minister Donald Tusk, Merkel called on Europeans to come together, saying that deeper coordination of economic and finance policies is needed.

"We have a common currency, but no common political and economic union," she said. "And this is exactly what we must change. To achieve this -- therein lies the opportunity of the crisis."

European governments, she said, promised their citizens stability for the common currency, the euro, "and we must keep that promise." Merkel described the current crisis as the "greatest test for the EU since the collapse of communism." If we do not succeed in mastering this crisis, she warned, it will have "unforeseeable consequences" for Europe. "But if we succeed, then we will have a stronger Europe than ever before."

Polish Prime Minister Tusk added that the debt crisis didn't mean the beginning of Europe's twilight. "Paradoxically, I see an opportunity in the crisis," he said during his acceptance speech, "to strengthen and further develop Europe. The bell is tolling for Europe, and overcoming this crisis will be the best proof."

Fifty-three-year-old Tusk was bestowed with the honor, among other things, for his efforts to see through the ratification of the European Union's Lisbon Treaty and for his recognition of the importance of good neighbourly relations between Poland and Germany. Merkel noted that the signing of the Lisbon Treaty by Tusk had created a "renewed treaty-based foundation" for the EU. But she also said that problems with EU regulations also needed to be addressed.

Division Between Merkel and Her Foreign Minister

On Wednesday, the European Commission introduced a proposal it hopes to add to the €750 billion euro rescue package approved earlier this week. Beginning in 2011, the Commission wants to impose stronger controls on the national budgets of member states as well as tougher sanctions against countries with less-than-solid budget planning and more effective mechanisms for fighting similar crises if they emerge in the future.

Merkel and German Foreign Minister Guido Westerwelle both said the measures are a step in the right direction. However, Westerwelle expressed reservations over the proposal that national budgets would first have to be presented to the European Commission before they are approved by national parliaments. Merkel, for her part, considers that to be less problematic, saying one shouldn't automatically interpret the proposal as one that snatches power away from parliaments. EU finance ministers and a newly created working group of EU states are currently considering the proposals.

Overtures to the Opposition

In Berlin, the government coalition of Merkel's conservatives and Westerwelle's business-friendly Free Democratic Party (FDP) are currently making overtures to the opposition party the center-left Social Democrats on the divisive issue of a financial transaction tax in the hope of ensuring the broadest possible support for the euro rescue package in the German parliament, the Bundestag. In Merkel's own party, the Christian Democratic Union (CDU), support appears to be growing for a Tobin-style tax on financial market transactions, which has long been the issue of global debate. "All agree that we need a fee for the banks and a new tax," Merkel's chief of staff, Ronald Pofalla of the CDU, told the Westdeutsche Allgemeine Zeitung newspaper. He said the dispute over a financial market tax had been exaggerated.

Wolfgang Bosbach of the Christian Social Union, the Bavarian sister party to Merkel's CDU, who is also the head of the parties' joint group in parliament, even openly pleaded in an interview with Cologne's Kölner Stadt-Anzeiger newspaper for an international financial transaction tax. But he warned that if the levy wasn't implemented at an international level by multiple countries that companies would simply relocate to places where the tax isn't imposed.

Bosbach also said he understood criticism, especially within his party, the CSU, of deficiencies in Merkel's communication regarding the current crisis.

The German government was one of the initial supporters of a global financial transaction tax. But after the Obama administration opted for a plan to tax banks, the government coalition in Berlin switched to supporting that approach. Berlin has also expressed approval for a proposal by the International Monetary Fund to tax banks' profits and executive bonuses as well. Many politicians have called for the businesses that caused the current economic crisis to contribute to the expensive bailout. 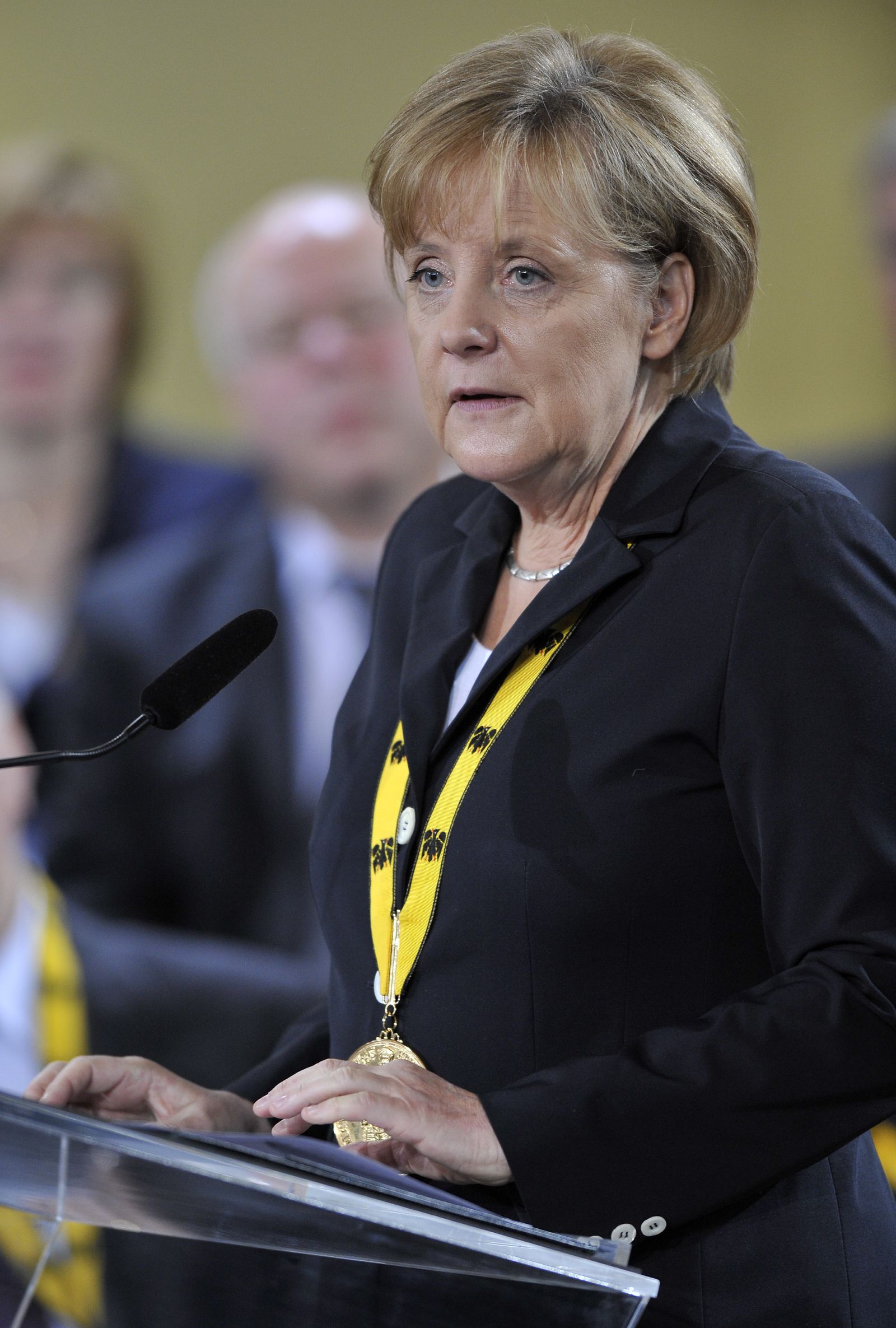 German Chancellor Angela Merkel: "greatest test for Europe since the collapse of communism"