Chancellor Angela Merkel wants all the votes. As this Sunday's German election approaches, her Christian Democrats (CDU) are pulling out all the stops to get out the vote in a last ditch effort to avoid a grand coalition with the center-left Social Democrats (SPD). On Friday, her party is sending out 5 million letters to people across the country.

The text of the letter says a lot about her party's strategy in the final days of the campaign. Ever since the state election in Bavaria last Sunday, her junior coalition partner, the Free Democrats (FDP), have been openly pleading with center-right voters in Germany to loan them votes. The FDP, after all, needs all the help it can get to leap the five percent hurdle required for representation in parliament.

Merkel, however, is not in a generous mood. "If you would like me to continue serving as your chancellor, then cast your ballots on Sunday and give the CDU both of your votes," her letter implores, according to a copy obtained by SPIEGEL ONLINE.

The sentence says a lot about Germany's election system -- which grants voters two votes -- and the bind in which Merkel currently finds herself. While there may be little doubt that her party will emerge on Sunday with the most votes, surveys show that her current coalition with the FDP is imperilled. A poll released on Thursday morning by the tabloid Bild suggests that fully six political parties could end up with seats in Germany's parliament, the Bundestag. For Merkel to build a stable repeat of her current coalition, her conservatives together with the FDP would have to win more seats than all of the other parties combined.

Polls show that isn't likely. Thursday morning's survey indicated 38 percent support for Merkel's CDU in combination with its Bavarian sister party, the Christian Social Union (CSU). The FDP is currently polling at 6 percent, though previous polls this week and last pegged them at below the five percent hurdle.

Merkel, in short, needs all the votes she can get, if only to gain as much leverage as possible for potential coalition negotiations with the Social Democrats.

It is this math which also explains the highly public CDU hand-wringing over an appearance by former Chancellor Helmut Kohl -- Merkel's predecessor at the helm off the Christian Democrats -- together with FDP leaders Philipp Rösler and Rainer Brüderle earlier this month. Many interpreted it as an implicit call for conservative voters to lend their votes to the FDP.

Kohl, whose health has markedly deteriorated in recent years, cleared up the confusion this week, making a clear call for voters to give both of their votes to the CDU. But the party's paranoia is real.

In addition to the unprecedented number of parties that have an excellent chance of entering parliament, the CDU's paranoia can also be traced back to a change made recently to Germany's voting law. Previously, the calculus used to count votes meant that a party could actually end up with more representatives in parliament than its percentage of the vote would dictate. Meaning it had votes to spare, or loan out. The FDP's strategy seems to be predicated on the hope that most voters don't realize that the law has changed. But it has.

Germany's Constitutional Court threw out the old system in 2009 -- precisely because of the possibility that parliament would not reflect the actual vote count. Voters still have two votes, the first one for their favorite district candidate and a second for their favorite party.

That means that every one of the country's 299 districts will send a candidate to Berlin. The rest of the Bundestag's 598 seats are divvied up according to the percentages of the party votes -- the second votes -- cast. These percentages are the ones announced on election night and the ones that determine the ultimate make-up of parliament.

The trick is that voters occasionally split their two votes between two parties, making it theoretically possible for a party to win, for example, eight districts in the state of Saxony even as its percentage of the entire vote is only enough to grant it six seats. Following the last election, Merkel's conservatives had a total of 24 such "Überhangmandate," or "overhang mandates."

This time around, though, Merkel has no votes to give away. Should a party end up with more seats than its share of the vote dictates, all other parties will be granted compensatory seats to guarantee that the final make-up of parliament exactly reflects the percentages announced on election night.

That would, of course, inflate the size of the Bundestag beyond its base size of 598. But it also eliminates the benefit of parties calling for voters to split their ballot. And makes the FDP's current pleas for help from conservatives dangerous for Angela Merkel. 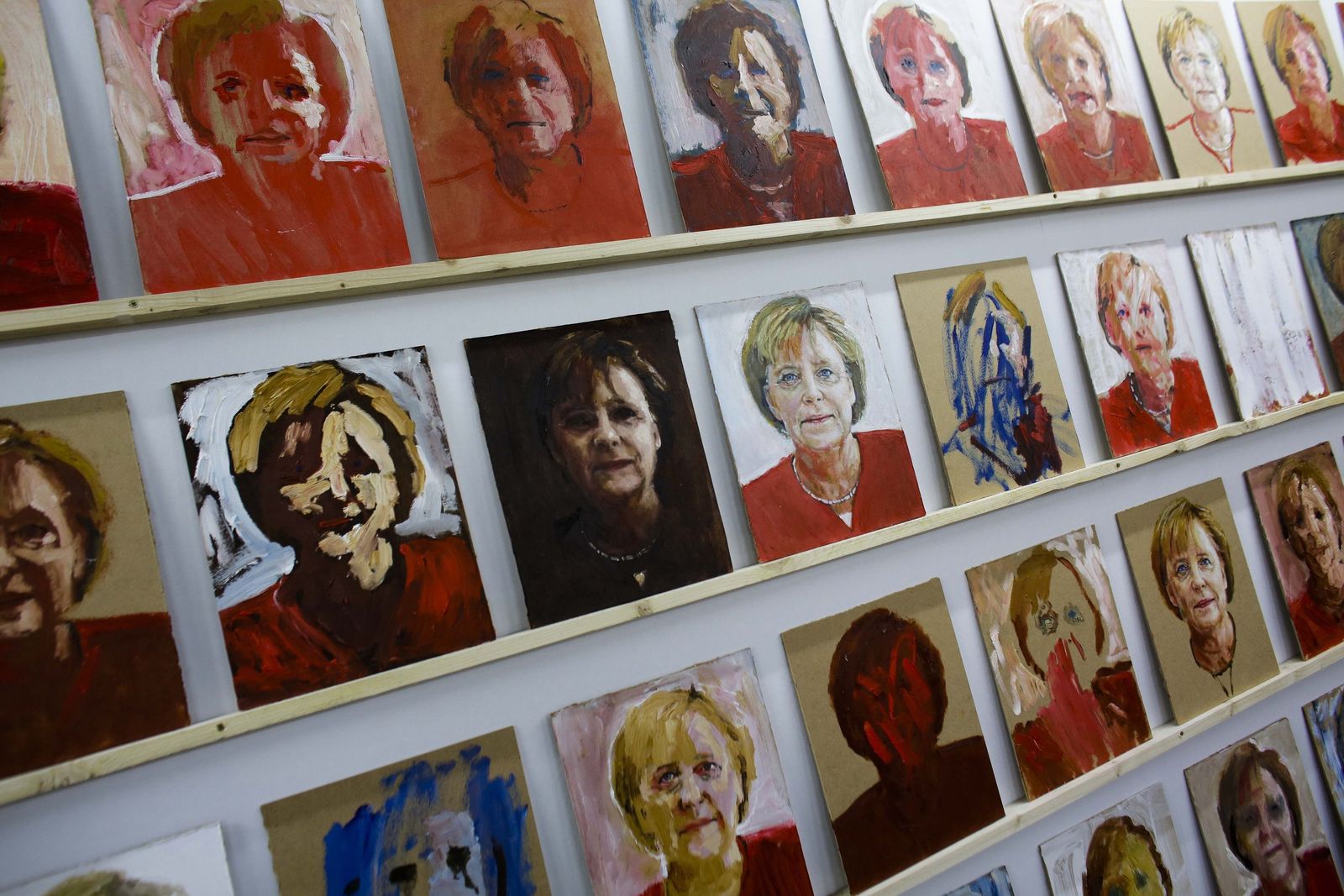 Merkel is trying to be everywhere at once in the final days before the election.