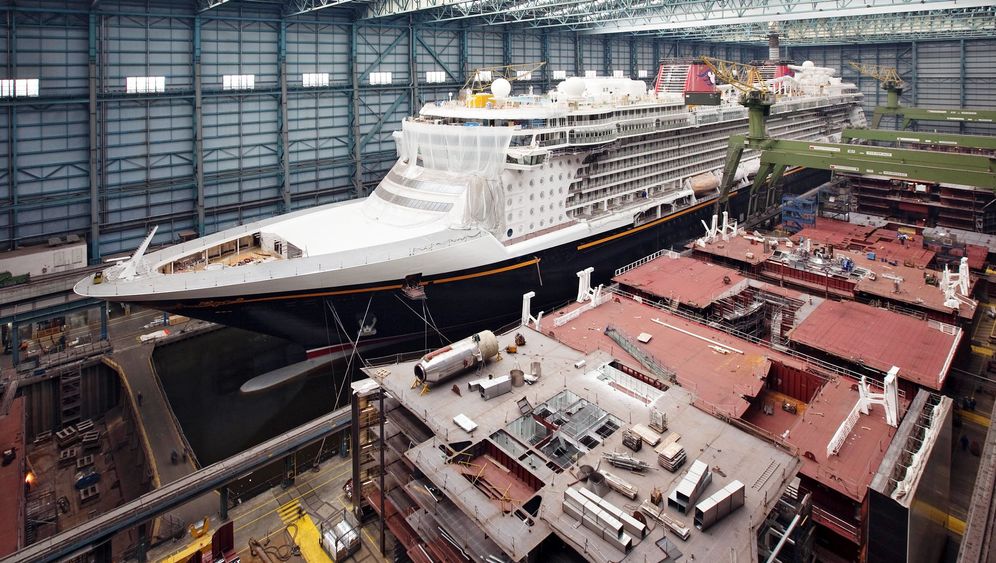 The Disney Dream inched out of its covered construction dock at the Meyer Werft shipyard on Saturday in a spectacle accompanied by a firework display and witnessed by some 10,000 people.

It is one of the biggest cruise ships in the world and the biggest ever built in Germany. It is 340 meters long, has 16 decks and can accommodate 4,000 passengers. Mickey Mouse in a captain's uniform adorns its bow. The ship was commissioned by the US Disney Cruise Line for family vacations around the Caribbean.

It features a 245-meter-long water slide that winds its way down through the top four decks. The construction took 20 months and it will be handed over to its owner in December.

Disney plans to double its fleet of cruise ships to four by 2012 and Meyer-Werft will also built its sister ship, Disney Fantasy.

Including Disney Fantasy, the Papenburg, Germany-based Meyer-Werft currently has nine cruise ships on its order books worth €4 billion ($5.6 billion). But its cheief executive, Bernard Meyer, is downbeat about the outlook for the industry.

"The global market for cruise ships will shrink," he said, adding that Japanese and South Korean competitors were increasingly trying to push their way into the cruise ship market because of mounting competition from Chinese shipbuilders in freight ship construction.