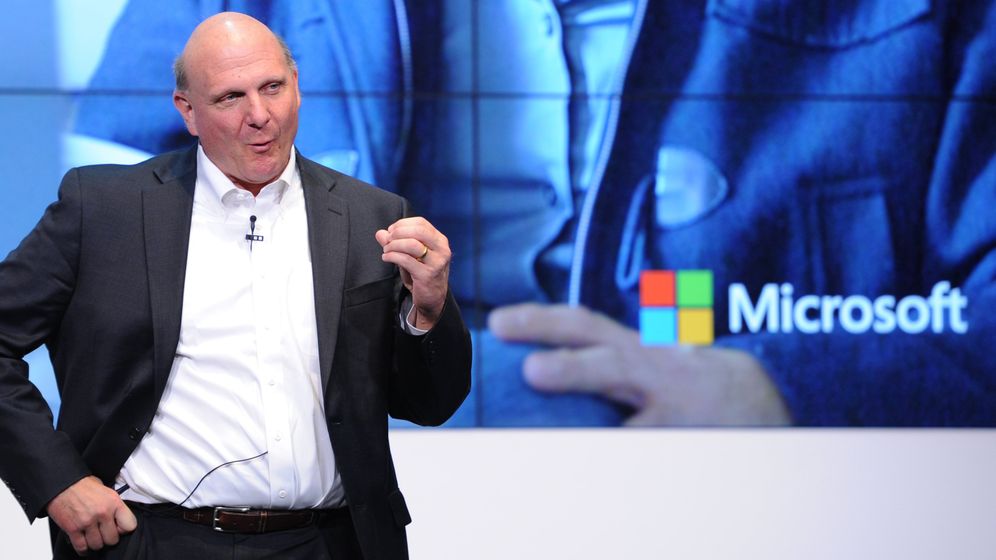 The crowded room inside the corner building on Berlin's grand Unter den Linden boulevard was packed with representatives from the city's burgeoning start-up scene on Thursday. Investors, media, corporate types, they had all gathered for the official opening of the building, Microsoft's new presence in the German capital.

The American tech giant was quick to seize on the hype surrounding start-ups in Berlin, with the announcement of the participants in its first accelerator program the center of attention at the event. The big guns had been brought along, as well, with Microsoft CEO Steve Ballmer giving the keynote speech.

It was all part of Microsoft's attempts to regain its leading role in the technology business after losing its way -- at least in terms of how it is perceived by the latest tech-savvy generation -- following its 1990s heyday.

To that end, the company is following in the footsteps of its rivals: Google also has its Berlin office on Unter den Linden, almost across the street, while Facebook has a small presence on Pariser Platz under the watchful eye of the Brandenburg Gate and Twitter is just around the corner. Berlin even has its very own Apple Store.

But Microsoft is aiming higher by trying to leverage the booming start-up culture as part of its global transformation. As well as offices for Microsoft staff, the new Microsoft Berlin Center has a café on the ground floor called the Digital Eatery, where members of the public can come in and try out the company's products including smartphones and tablets. There is also space for events, both internal and external, in the form of the Microsoft Atrium, while the fifth floor will be home to the nine start-ups chosen for the first four-month accelerator program.

The program brings existing teams of entrepreneurs together and provides them with assistance and contacts to help develop their start-ups faster than would otherwise be possible.

'Microsoft Was a Start-Up Once Too'

At the event, Ballmer played up his company's innovative credentials, reminding his audience that "Microsoft was a start-up once too," and that it thus knew what was required to help young companies grow. "Most start-ups need a little bit of help, a little bit of nurturing, a little bit of money, a little bit of opportunity to interact with and bounce off of one another. Environments like this one … have a really significant role to play," he said.

The start-up culture is an important part of that role, and Rahul Sood, the head of Microsoft Ventures, was keen to show that the company has not become just another stuffy corporate entity. He took to the stage in a sweatshirt emblazoned with the name and logo of American football team the Seattle Seahawks, standing out alongside his colleagues' dark suits.

A former start-up founder himself, Sood sees the new accelerator as part of a larger movement: "We are democratizing the creation of start-ups around the world. It's not just about Silicon Valley any more. We are finding some amazing emerging ecosystems all around the world, everywhere from Bangalore, India to Beijing, China to Berlin. We're seeing some incredible start-ups emerge out of different places." Indeed, he pointed out that somewhere in the world, a company which has gone on to be worth $1 billion has been created every month for the past 84 months.

That was certainly music to the ears of those present who are already part of the ecosystem in Berlin. When Microsoft announced its intention to open the new center earlier this year, there were questions about whether they would find success in a city where it pays to get to know the local scene. But Microsoft has seemingly been willing to work with existing institutions towards being an integral part of that scene, even going as far as to work with other accelerators founded in the city by large companies including Deutsche Telekom and publishing house Axel Springer. Stephan Jacquemot, the head of Microsoft Ventures Germany, explained: "This market needs to develop, we need to partner up with those organizations in order to develop the whole ecosystem."

All this effort to work with start-ups is part of the process of renewal Microsoft is undergoing. In his talk, Ballmer, who is leaving the company next year around 34 years after first joining, compared the two cultures, arguing that even as a company with 100,000 employees, there was still the need for transformation. "We too are constantly having to start up" amid the "talk now about a kind of a new program, a transformation for our company," he said.

Berlin as a 'Metropolis for Creativity'

Thursday's opening was a key part of that transformation, according to Microsoft Germany general manager Christian P. Illek. "This is not only an important day for Microsoft in Germany, it's an important day for Microsoft as a whole," he said. "Why have we chosen Berlin? Berlin is the metropolis for creativity. Berlin has become the hotspot in Europe, alongside London, for founding IT companies and start-ups." There are 70,000 people in Berlin and the surrounding state of Brandenburg who work in IT, he said, and he emphasized the importance of partnering with the companies they work for, dubbing partnerships the "basic principle of Microsoft's business."

That is good news for the start-up founders entering the accelerator. They joined the speakers on stage, some looking tired following what was an exhaustive selection process, but all sporting wide and genuine smiles. One was Anthony Hsiao, a native Berliner whose company, EvoMob, helps customers create versions of their online shops for mobile technology such as phones and tablets.

He and his co-founders applied at Microsoft because of the company's business-to-business (B2B) expertise: "Microsoft is one of the most prominent B2B software companies out there so it made a lot of sense from a customer point of view and from a sales point of view," he said. "It's a no investment, no equity deal, so mainly for us it's the connections, the networks."

Despite all the talk of building Berlin's start-up ecosystem, the biggest cause for celebration is the huge networking and economic potential that the Microsoft juggernaut brings to the table.

After all, Hsiao added, in the long term, "having the Microsoft badge, as it were, is a very powerful thing."