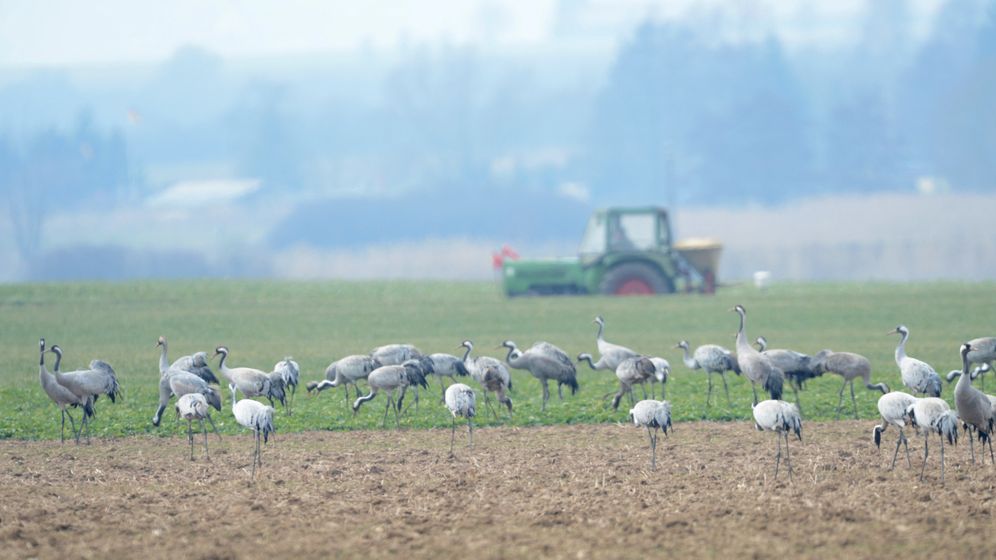 They say the early bird gets the worm, but this year in Germany, those that have already returned for spring breeding are actually struggling to find enough food.

Though spring technically began last month and Easter has come and gone, winter continues to drag on in Germany. In some places, this March was the coldest in 130 years, and snow still covers many parts of the country. This has put residents in a surly mood, but the unseasonable weather has been much harder on migratory birds, whose return usually heralds warmer weather to come.

Local news reports across the country in recent days have detailed "bird jams," or locations where huge flocks of migratory birds have gathered to weather the cold before reaching their final breeding grounds.

"Because of the snow still covering the ground in many places, they are struggling to find enough food to make it the final stretch, particularly to the breeding grounds that are further north," says Eric Neuling, an ornithologist at the Nature and Biodiversity Conservation Union (NABU) in Berlin. "So they are staying as long as possible in places where the weather is milder to some degree, where they can find enough food to refuel."

The flocks gathering in the states of Hesse, Lower Saxony and elsewhere are mainly ground-nesting or field birds, such as the Northern Lapwing or the Eurasian Skylark, which still don't have the right conditions to begin breeding.

"It has been stunning to observe south of Berlin an enormous flock of Eurasian Skylarks, numbering in the thousands, which is a really rare thing to see," Neuling says.

Along the Rhine River, a region typically milder than other parts of the country, authorities have reportedly closed certain hiking areas to protect migratory birds that are too weak to handle human disturbance. "Especially in these difficult weather conditions, preventing any kind of disturbance is important, because whether it's airplanes, traffic or people, this equals stress for the animals, and any time they are roused they lose precious energy," says Neuling. This is particularly true for species like geese and cranes, which spend the entire day foraging for food.

But this has created problems for farmers, in Lower Saxony for example, where large flocks of geese have camped out in fields, kicking up crop seed and eating it too. "Attempts to scare them off or hunting just creates a vicious cycle, because then they have to eat even more to survive to make up for the loss of energy," says Neuling.

Other species are simply turning around and heading back south, which Neuling said had been confirmed by a number of sightings. These birds, such as the Common Snipes seen flying south, won't go far, though. "They'll fly a few hundred kilometers south where they will ride it out until the weather conditions improve to fly on," Neuling says.

Some of the birds will die before spring arrives, but this is simply a part of natural selection, Neuling says. While the long winter has "certainly been extreme," people should resist the urge to try helping any birds they see.

"The temperatures and the snow cover are a real challenge for the birds, but there isn't a great danger," he says. "Those that are fit can survive such periods of cold."