Those wishing to peer into German front yards are often disappointed. In cities and towns across the country, tall fences and dense hedges have long been favored as way to ward off prying eyes.

For Google, of course, such barriers are but a trifling annoyance. In gathering photographic data for the Internet service Street View, the company simply installed cameras on car-mounted masts some 2.5 meters (just over eight feet) off the ground -- high enough to peer into most domestic fortresses.

In Germany, however, the obstructions aren't just physical in nature. Many have voiced concerns that Street View represents a blatant violation of privacy. Indeed, the company was challenged in Hamburg, being forced last year to agree to erase data depicting people, property and cars upon request.

Now, a German cabinet minister has gone on the offensive. In an interview with the newsmagazine Focus, Consumer Protection Minister Ilse Aigner has called for a law to better protect the private sphere on the Internet and has taken Street View to task.

'Million-Fold Violation of the Private Sphere'

"This comprehensive photo offensive is nothing less than a million-fold violation of the private sphere," Aigner said. "I reject this form of exposure. There is not a secret service in existence that would collect photos so unabashedly."

She told the magazine that her ministry, which is also responsible for food and agriculture, is currently looking into possible legal steps and changes to the law together with the Interior Ministry.

"I would like to see a reversal of the present system. Citizens shouldn't have to take action to prevent the publication of their private data. Rather, Google should be required to obtain the consent of citizens when they want to publish a photo of their private home."

Already, Google has had to make concessions to German privacy concerns when it comes to Street View. In June, the California-based Internet company bowed to data protection authorities in the city-state of Hamburg, who had demanded that the company not archive raw images of people, cars and property. Street View pixelates license plates and faces, but keeps the raw data. Germans, however, can ask the company to delete such images.

Google also settled a complaint with European data protection authorities in 2009 by agreeing to announce the routes of their cars before they begin filming.

Over the weekend, Aigner's Consumer Protection Ministry posted a downloadable form letter (German only) on its Web page for citizens to send to Google should they wish to request that their house not be included in Street View.

Just last month, German Justice Minister Sabine Leutheusser-Schnarrenberger voiced doubt as to whether Street View was in full compliance with German privacy laws. In an interview with SPIEGEL, she said, "I have a hedge as a noise and visual barrier. If the (Street View) images go beyond that, it will not be unproblematic, from a legal standpoint." 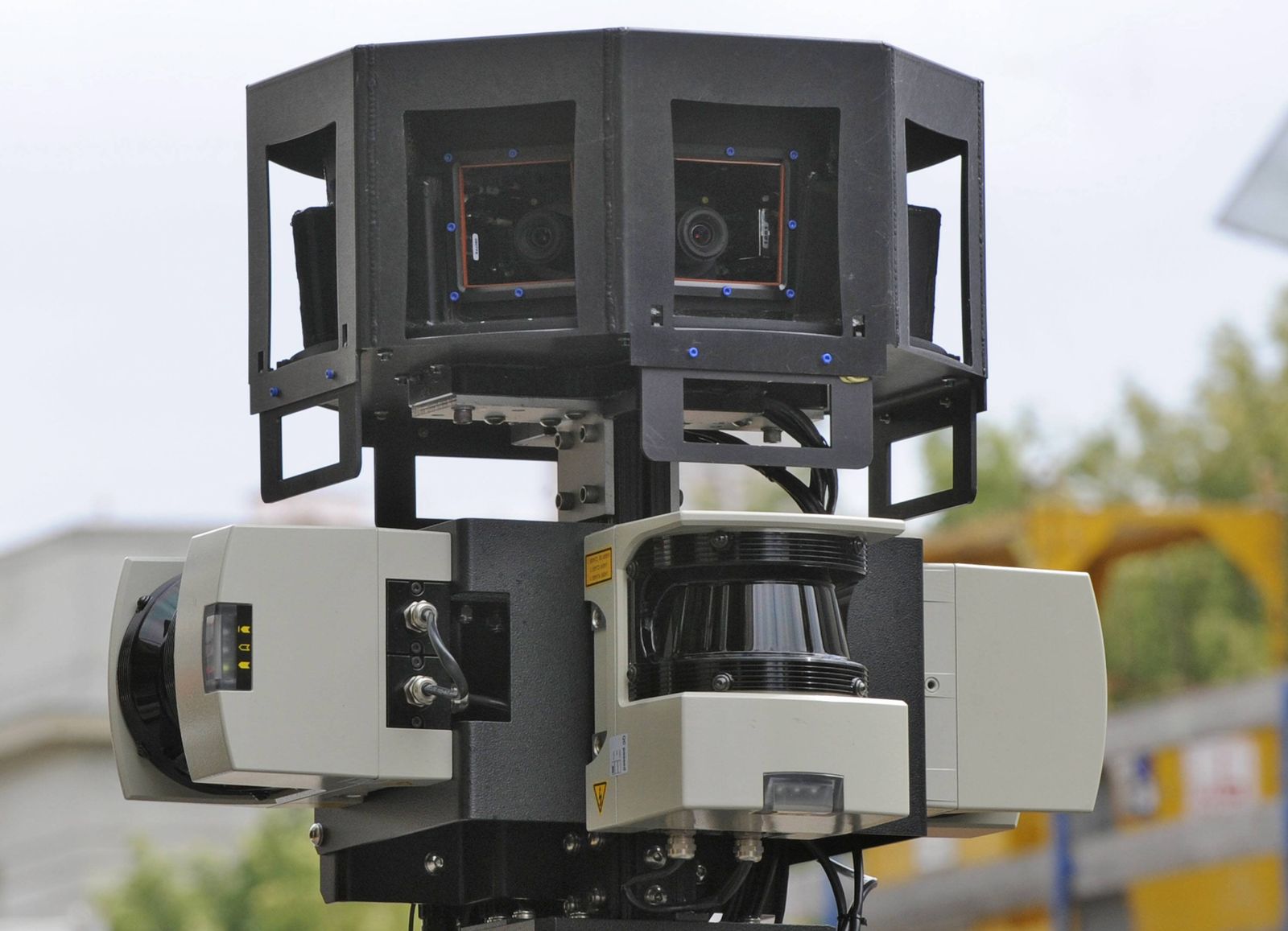 Germany's Consumer Protection Ministry is looking into ways to slow down Google.