There are a number of ambiguities ahead of the Afghanistan Conference, set to take place in London at the end of the month. Perhaps the most curious, however, is the guest list. Indeed, it isn't even yet clear who will be representing Germany at the Jan. 28 summit.

It would seem logical that the duty would fall to Foreign Minister Guido Westerwelle, given that summits in the past have been the provenance of NATO foreign ministers. But German Chancellor Angela Merkel, one of the initiators of the summit, would also like to play a role. Indeed, the Chancellery is currently weighing whether Merkel, recently crowned " Frau Europe" by Time magazine, should deliver a speech at the summit.

But the personnel question pales in significance compared to the current grappling within Merkel's government over Berlin's position when it comes to the ongoing war in Afghanistan. For weeks, politicians in the German capital have refused to speak about a possible increase in troop numbers for Afghanistan or an intensification of Germany's engagement prior to the London summit. But behind closed doors, the debate over Germany's position has become intense, and it pits two of Merkel's leading ministers against one another: Foreign Minister Guido Westerwelle stands in almost direct opposition to Defense Minister Theodor zu Guttenberg.

The rivalry became more obvious than ever on Monday. The setting was a meeting of top government ministers -- the so-called "Afghanistan Round" -- to determine Berlin's course in London. Those attending were Merkel, Guttenberg, Westerwelle, Ronald Pofalla the general secretary of the Christian Democrats, Interior Minister Thomas de Mazière and Dirk Niebel, minister for economic cooperation and development. But agreement proved elusive. Westerwelle made it clear that he would, under no conditions, agree to a premature pledge to increase the number of German troops in Afghanistan from its current level of 4,500. He argued that instead, Germany should redouble its efforts to train the Afghan police, although he declined to indicate how that should be done.

His comments represent a culmination of the internal conflict in Berlinwhen it comes to NATO's mission in Afghanistan. At the first meeting of the Afghanistan Round on Dec.11, Defense Minister Guttenberg outlined the perspective of Germany's armed forces, the Bundeswehr. He is well aware that both NATO and the US, which recently announced it was sending an additional 30,000 troops to Afghanistan, are expecting Germany to boost its troop numbers. Guttenberg said that 2,000 more soldiers would be the absolute maximum the Bundeswehr could endure.

Even at that meeting, in mid-December, Westerwelle's reserve was conspicuous. Since then, the foreign minister's doubts have matured into a political position -- lately he has passed up no opportunity to voice his opposition to troop pledges. The most recent example was his threat just after Christmas to boycott the London conference if it focused only on troop numbers. Guttenberg also described the addition of 2,500 more German soldiers in Afghanistan as "unrealistic."

Going on the Attack

The dispute illustrates the ongoing conflict between Westerwelle and Guttenberg -- one that became apparent soon after Merkel's new government was sworn in last October. And both camps have not been shy in looking for openings to go on the attack. While Westerwelle's team have tried to paint Guttenberg as a warmonger when it comes to the Bundeswehr mission in Afghanistan, the Defense Ministry has been fond of pointing out, and laughing at, the new foreign minister's inexperience in the issue. It is hardly a situation that promotes a matter-of-fact approach to the problem.

It is now up to the chancellor. As so often, Merkel has given little indication as to which way she is leaning, preferring instead to let her ministers battle it out. But time is no longer on her side. The US announcement this week that it intends to send 2,500 soldiers of its own into German-controlled northern Afghanistan ups the pressure on Merkel. Furthermore, US special envoy to Afghanistan Richard Holbrooke wondered in an interview with the influential weekly Die Zeit whether Germany would honor the West's common interest in bringing the Afghanistan engagement to a successful conclusion.

In order to ensure that Germany doesn't head to London empty handed, Berlin is currently working on putting together a compromise offer, according to government sources. The package is said to include a modest troop increase of not more than 1,000 soldiers, many of them earmarked to help train Afghan forces. In addition, more police trainers are to be sent and Berlin will make more development money available.

Nevertheless, it remains to be seen whether Westerwelle will agree to such a package, concerned as he appears to be with increasing public skepticism about Germany's engagement in Afghanistan.

Nor is it clear how Germany's parliament, the Bundestag, might react. The Bundestag must rubberstamp any new plan offered by the Merkel government, making it necessary for the Chancellery to share its plan with opposition leaders prior to the London conference.

And the pressure from the US is also unlikely to weaken. Only recently, the US demonstrated just how precarious the situation has become in Kunduz, where the German command is based in Afghanistan. In an extended gunfight last weekend, US troops killed 25 insurgents just northwest of the German base. According to SPIEGEL ONLINE information, there were four foreign fighters from Chechnya among the dead as well as five who Western intelligence agencies say belonged to al-Qaida.

The American message seems clear: If the Germans either do not want to, or cannot, help, then US will have to move in and clean up. Additionally, the attack makes it clear that the region has become a regular stomping ground for international terrorism. At the beginning of the week, a truck loaded with explosives blew up. The truck was on its way from a Taliban stronghold into the city of Kunduz when a technical failure meant the payload ignited too early. Various Chechnyans were killed in this incident too -- they seem to have been explosives experts working for al-Qaida.

Over the next three weeks, there will be no lack of further impetus for Berlin to act. Afghanistan envoys from NATO member states are to meet next Tuesday in Abu Dhabi. A week later, representatives of nations currently engaged in Afghanistan will also meet. At all of these meetings, the US is sure to give voice to its wish list for Germany, and for other European partners.

It is likely that the demands are also to be made publicly. Shortly before the summit, Defense Minister Guttenberg is scheduled to visit Washington. And on Jan. 25, only three days before the conference, Guttenberg will take part in a live "Townhall Meeting" together with smooth-talking Holbrooke. The discussion will be broadcast live on German television from Cologne -- a perfect opportunity for Holbrooke to ask Germany for help once again. 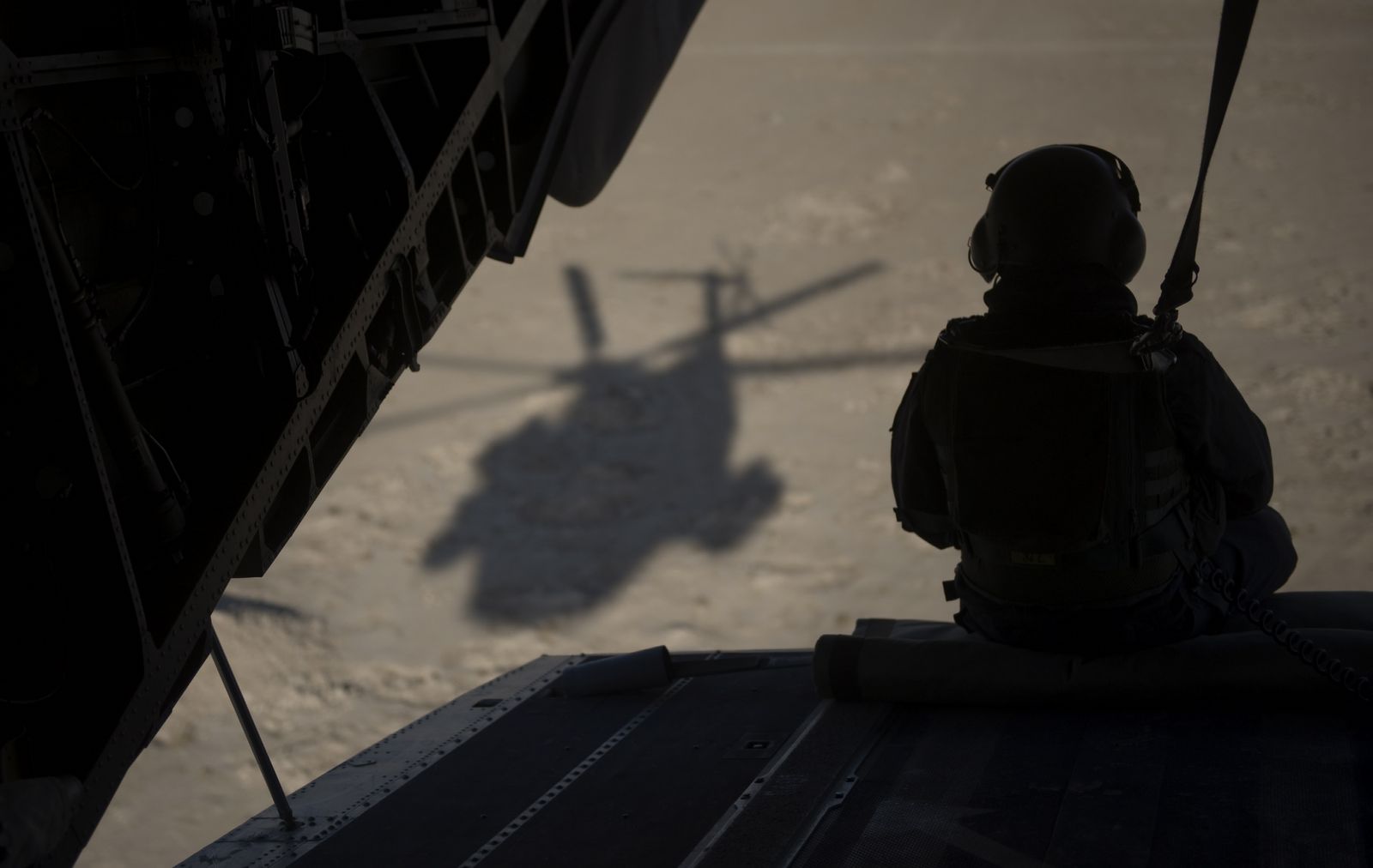 A German soldier in Afghanistan. Berlin is debating whether to send more troops to the war-torn country.