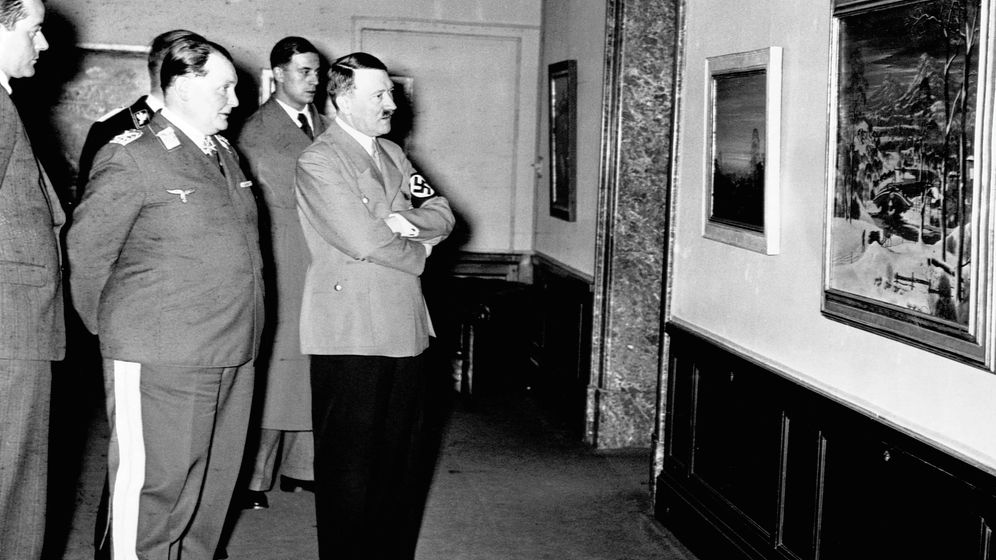 The scene sounds like something out of a crime novel. Surrounded by piles of rotten food stacked up on homemade furniture, missing art works worth around €1 billion ($1.35 billion) have been discovered in a grubby Munich apartment. And it appears that the story, broken by German news magazine Focus on Sunday, has only just begun.

The suspect in the bizarre case is an 80-year-old man who Focus reports first caught the attention of law enforcement in 2010, when customs officials searched his bags on the border between Germany and Switzerland to find €9,000 ($12,200) in cash.

Even though the man was not legally required to declare it and did not behave suspiciously, police opted to keep him under surveillance. In the spring of 2011, a court granted investigators permission to search his apartment.

What they found was extreme squalor, according to Focus. But nestled between dirty plates and cans of food with sell-by dates from the last century were some 1,500 paintings, drawings and etchings by famous artists including Pablo Picasso, Emil Nolde, Carl Spitzweg and Henri Matisse.

Focus reports that the man's father was a well-known art dealer active prior to World War II. After the Nazis seized power, he was hounded out of his position as director of the Hamburg Art Association, apparently because he had Jewish roots. But thanks to his excellent contacts in the art scene, he was tasked with selling art works to overseas buyers that had featured in the landmark "Entartete Kunst" exhibition of 1937. Organized by the Nazis, it presented 650 works of art deemed "degenerate" that had been confiscated from German museums.

After the war, he maintained that the work had all gone up in flames when his home was destroyed in the Dresden firebombing of February 13, 1945. He died in a traffic accident in 1956.

It has now become clear that his extraordinary collection was probably bequeathed to his son, who over the last few decades has allegedly sold an unspecified number of artworks in Germany and Switzerland.

Focus reports that the after the raid on the Munich apartment, the collection has been stored under lock and key at the customs office in Garching. An art historian told SPIEGEL ONLINE that she was hired 18 months ago to provide an expert assessment. On Monday, Chancellor Angela Merkel's spokesman Steffen Seibert confirmed that the German government had been informed of the matter several months ago, adding that public prosecutors in Augsburg had taken on the investigation.

If the provenance of the art works cannot be established, Focus writes that they might still be returned to the suspect, because even the legal ownership of work known to have featured in the "Entartete Kunst" exhibition is unclear. For the time being, the man is only being investigated for tax evasion.

But a statement once given by the art dealer's widow could prove crucial to the case.

In the 1960s, she informed the authorities that all of her husband's treasures had been destroyed in the Allied firebombing of Dresden. She was specifically asked about the whereabouts of several paintings formerly owned by the Jewish collector Henri Hinrichsen, including one work by Carl Spitzweg. Precisely this painting, and other documents related to it, popped up in the trash-filled Munich apartment.

Given proof of a false statement, a legal case could now be used to forfeit the 80-year-old's ownership rights over the works. If the authorities succeed in doing that, the treasures would then be handed over to the state, or, more specifically, to the Federal Minister of Finance.

But the future of the art treasures aside, a number of unanswered questions remain -- such as whether the man still has more paintings hidden away. And why did the authorities keep the case secret? The public prosecutor's office in Augsburg could have the answers, but isn't commenting on the case. A spokesperson there told SPIEGEL ONLINE he could not provide information about ongoing proceedings, adding that this would likely remain the case "for a long time."