Hardly a year goes by without the eruption of yet another chapter in Germany's ongoing debate about integration. Do immigrants feel at home in Germany? Are they willing to identify with and become part of the culture? And, most pressing, do Muslims fit in or are they more inclined to view German and Western culture with deep skepticism?

This year's discussion was kicked off on Thursday with the publication of a study carried out by Germany's Interior Ministry, which sought to gauge how Muslims living in the country view German culture and their attitudes to integration. The result? A significant minority encompassing 20 percent of Muslims in the country are skeptical when it comes to integration.

Perhaps more concerning, among Muslims in the age group between 14 and 32, "there exists a subgroup that could be described as 'strictly religious' with strong antipathy to the West, a tendential acceptance of violence and no willingness to integrate,'" the study says. Among Muslims with German citizenship, this group encompasses 15 percent, among non-citizens, it is 24 percent.

"Germany respects the origins and cultural identities of its immigrants," Interior Minister Hans-Peter Friedrich said in a statement accompanying the study. "But we do not accept the import of authoritarian, anti-democratic and fanatically religious views. Those who reject freedom and democracy have no future here."

The study's findings are based on telephone interviews with 700 Muslims in Germany, including both citizens and non-citizens. In addition, researchers conducted group interviews with young Muslims, analyzed Internet forums and evaluated televized news reports. According to Germany's Federal Office for Migration and Refugees, there are an estimated 4 million Muslims in the country, roughly half of whom have German citizenship.

Initial reactions, perhaps predictably, have been intense. Hans-Peter Uhl, the parliamentary spokesman on domestic policy for Chancellor Angela Merkel's conservatives, called the study "horrifying" in comments to the daily Neue Osnabrücker Zeitung. "This unwillingness to integrate doesn't necessarily, but can represent a catalyst for religious fanaticism and terror," he told the paper.

Others, however, are taking a different view of the study. "I find it surprising that the Interior Ministry has once again used taxpayer money to finance a study that creates headlines but no insights," said Serkan Tören, an integration expert for the business-friendly Free Democrats, Merkel's junior coalition partner.

Volker Beck of the Green Party went even further. Alleging that Interior Minister Friedrich himself had no interest in integration, Beck said "those who view Muslims solely in light of the danger they might pose and otherwise constantly tell them that they aren't a part of our society shouldn't be surprised when that leads to defensiveness."

Beck's comments were likely in reference to the study's finding that Muslims in Germany feel that they as a group are often seen as terrorists, and that society at large often makes an "overly hasty connection between Islam and terrorism."

Not Entirely Comfortable with Islam

Still, it has proven challenging in Germany in the past to interpret the results of similar integration studies, partially due to the hand-wringing the subject tends to generate in a country that has never been entirely comfortable with immigration or Islam. Although Germany doesn't have the kind of populist, anti-Islam parties that enjoy significant support among many of its neighbors, the heated debate sparked by a Muslim-critical book written by former German central bank official Thilo Sarrazin in 2010 was indicative of just how fraught the issue has become.

In the book, Sarrazin wrote about -- from his perspective -- the dangers that immigration poses to Germany, arguing that migration from Turkey was dumbing the country down. Despite the outcry against the book, it quickly became apparent that many in the country agreed with him.

Political leaders in Germany have likewise not always welcomed immigration, particularly Muslim immigration, with open arms. For years the issue has been popular among -- primarily conservative -- political candidates. Even Friedrich himself inflamed the debate shortly after entering office last summer. "That Islam is part of Germany is a fact that cannot be proven by history," he said, a comment that launched yet another integration debate.

But such sentiments play well in Germany. A highly publicized study released in 2010 by the Friedrich Ebert Stiftung found that 58 percent of Germans felt that the practice of Islam in Germany should be "significantly curtailed" -- in eastern Germany, that number was 75.7 percent.

Immigrants in Germany, of course, are not deaf to such debates. Indeed, the study released on Thursday noted itself that the debate over Sarrazin's book may have had a direct influence on the results. The telephone interviews upon which the report's conclusions are based were performed both before and after the peak of the debate over Sarrazin's book. The study notes that answers given by non-German Muslims prior to and following the Sarrazin debate show "meaningful statistical variations."

One can assume that the debate may have had an "undesirable effect," the study reads. "The non-German Muslims appear to have felt that that they were further shut out of majority society and thus reacted with more intense prejudice and stronger cultural demarcation." 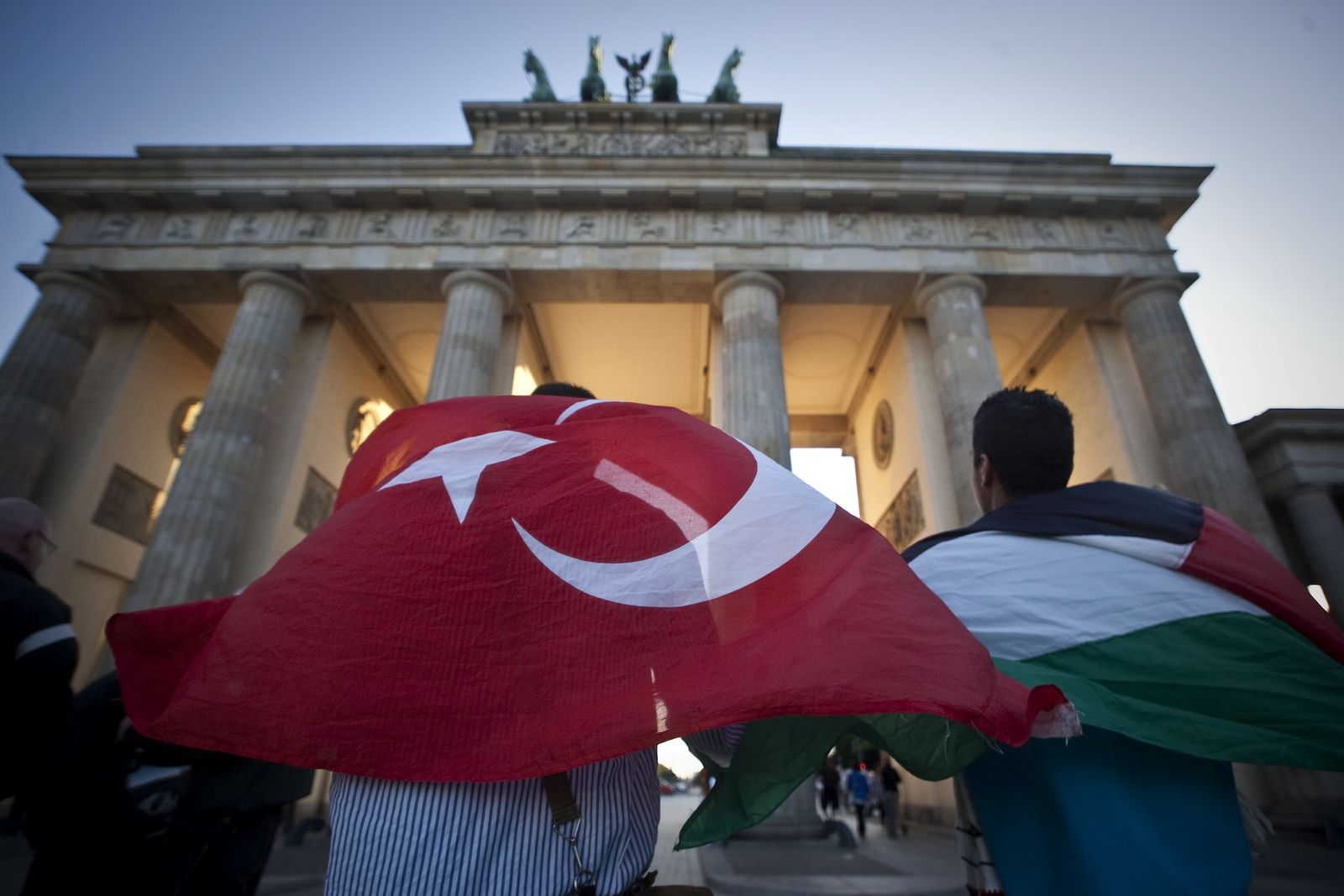 A new study has found that not all Muslims feel comfortable in Germany.