Neo-Nazi terrorist group the National Socialist Underground appears to have had former center-left German Chancellor Gerhard Schröder in its sights at one point, according to court testimony given by a policewoman on Tuesday.

Police sifting through computer files found in the NSU's burned-out apartment in the eastern town of Zwickau discovered several photo montages showing Schröder behind bars with a Star of David badge on his chest under the sentence written in English: "You're the next!" Schröder is not Jewish.

The file containing the images was dated 2002, when Schröder was chancellor. They suggest he may have been on their hit list, though they could also just have been designs for a poster or T-shirt.

German media first reported about the Schröder montages in February 2012. They were discussed again on Tuesday in the Munich court where the last surviving member of the group, Beate Zschäpe, is on trial with four alleged accomplices.

Instead of attacking high-profile targets like politicans, the NSU murdered nine immigrants, mostly shopkeepers, eight of them of Turkish descent and one Greek man, as well as a German policewoman in a nationwide killing spree that lasted from 2000 until 2006.

Police long dismissed the possibility that the killings could be racially motivated and got nowhere until the NSU trio was discovered by chance following a bank robbery by two of the members, Uwe Böhnhardt and Uwe Mundlos, in November 2011. They committed suicide before police apprehended them.

Zschäpe went on trial in May on charges of complicity in the 10 murders as well as in two bomb attacks in Cologne and 15 bank robberies.

The group was already known to have a penchant for photo montages, making a macabre video interspersing shots of the Pink Panther cartoon figure with photos of their victims. 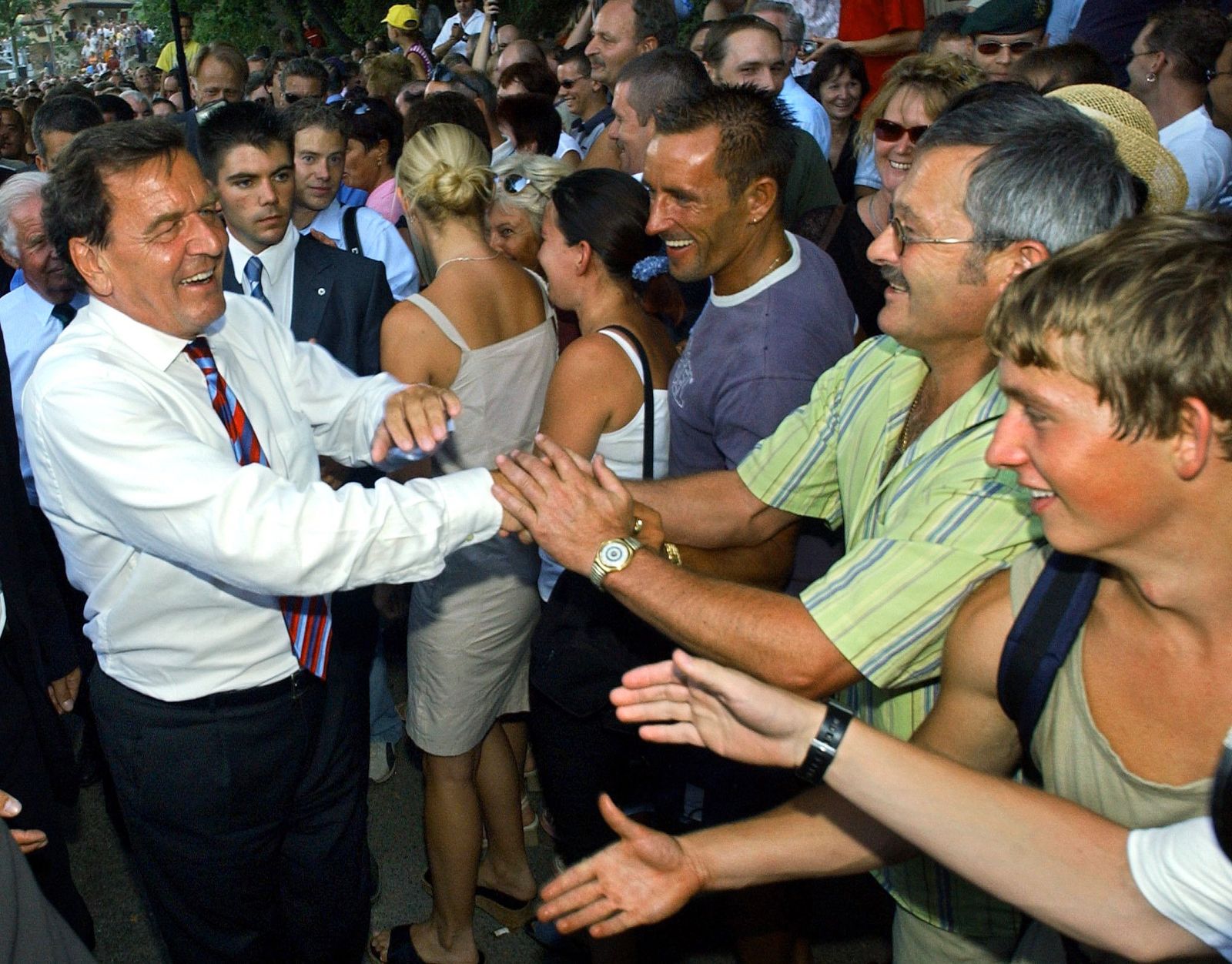 Gerhard Schröder (L) meeting Grimma residents in August 2002, a month before the general election that year.