As alleged ties emerge between Germany's far-right National Democratic Party (NPD) and a murderous neo-Nazi terror cell, a growing chorus of politicians are calling for a ban on the party -- and fast.

"The NPD-ban needs to happen now," Saxony-Anhalt state governor Reiner Haseloff told daily Bild on Friday, adding that there was little doubt as to the organization's unconstitutionality. "That they have maintained contact with the militant scene seems evident to me. In short: a confident, watchful democracy must deal with this threat."

The renewed talk of an NPD ban is the result of Tuesday's arrest of former NPD official Ralf Wohlleben, who is suspected of providing a gun for a trio of neo-Nazis who are thought to have murdered nine people of foreign origin and a policewoman. Police allege that 36-year-old Wohlleben was an accessory to six of the killings.

The case of the so-called Zwickau cell, named after the town where the group lived, has shocked Germans and brought "shame" to the nation, Chancellor Angela Merkel has said. Their alleged connection to the NPD, which holds seats in the state parliaments of Saxony and Mecklenburg-Western Pomerania in the east, could now be instrumental for advocates of banning the party.

Ole Schröder, a senior Interior Ministry official and member Merkel's conservative Christian Democrats, says that the alleged role of former NPD official Wohlleben in the case is decisive. "The investigators must now analyze whether Wohlleben was involved in the Zwickau terror cell intrigues on order from the NPD, or with the party's knowledge," he told daily Hamburger Abendblatt on Friday. "Was it an action by a party or an individual crime -- this question will be decisive in the debate over an NPD ban."

The discovery of the Zwickau cell in early November immediately resurrected calls for a ban on the NPD, but many have been skeptical. A bid to prohibit the party in 2003 was rejected by Germany's Federal Constitutional Court due to the presence of police informants in senior NPD positions. The court ruled that it could not ban the party due to the risk that its policies had in part been shaped by law enforcement agents.

Legal experts have suggested that the German Office for the Protection of the Constitution, the country's domestic intelligence agency, would have to pull out all of its informants before a second ban was attempted. Indeed, the parliamentary advocate for the first bid in 2003, law professor Günter Frankenberg, says he is skeptical. "There is a risk that a new proposal to ban the NPD would fail," he told daily Die Welt.

Some, however, have suggested that were a clear connection established between the NPD and the militant right, concerns about the informants' presence could be overrided. Wohlleben's arrest, say many, might be the opportunity that officials have been looking for.

State interior ministers plan to gather late next week to discuss the matter in Wiesbaden. Meanwhile, a state and federal working group is clarifying the legal details for a possible new ban proposal. According to daily Rheinische Post, officials already have concrete plans to pursue a ban. An unnamed government insider told the paper that after the latest arrests in the Zwickau cell case, there has been an "overwhelming cross-party majority" in favor of such measures.

An NPD ban is likely to find favor among the German population, too. In a recent poll by broadcaster ARD, 81 percent of participants said they felt neo-Nazis and right-wing extremists were handled too leniently. More than half of respondents also said they believed German officials had turned a blind eye to the Zwickau cell's murderous activities.

The group is suspected of killing at least nine immigrants and a policewoman between 2000 and 2007. The right-wing extremist background to the murder series only came to light in early November when two members of the cell were found dead in a camper van in the eastern German city of Eisenach following a bank robbery. Their alleged accomplice is currently in detention but refuses to comment on the crimes. Investigators are looking into other possible suspects, and authorities now believe up to 20 people may have been part of the cell's support network. 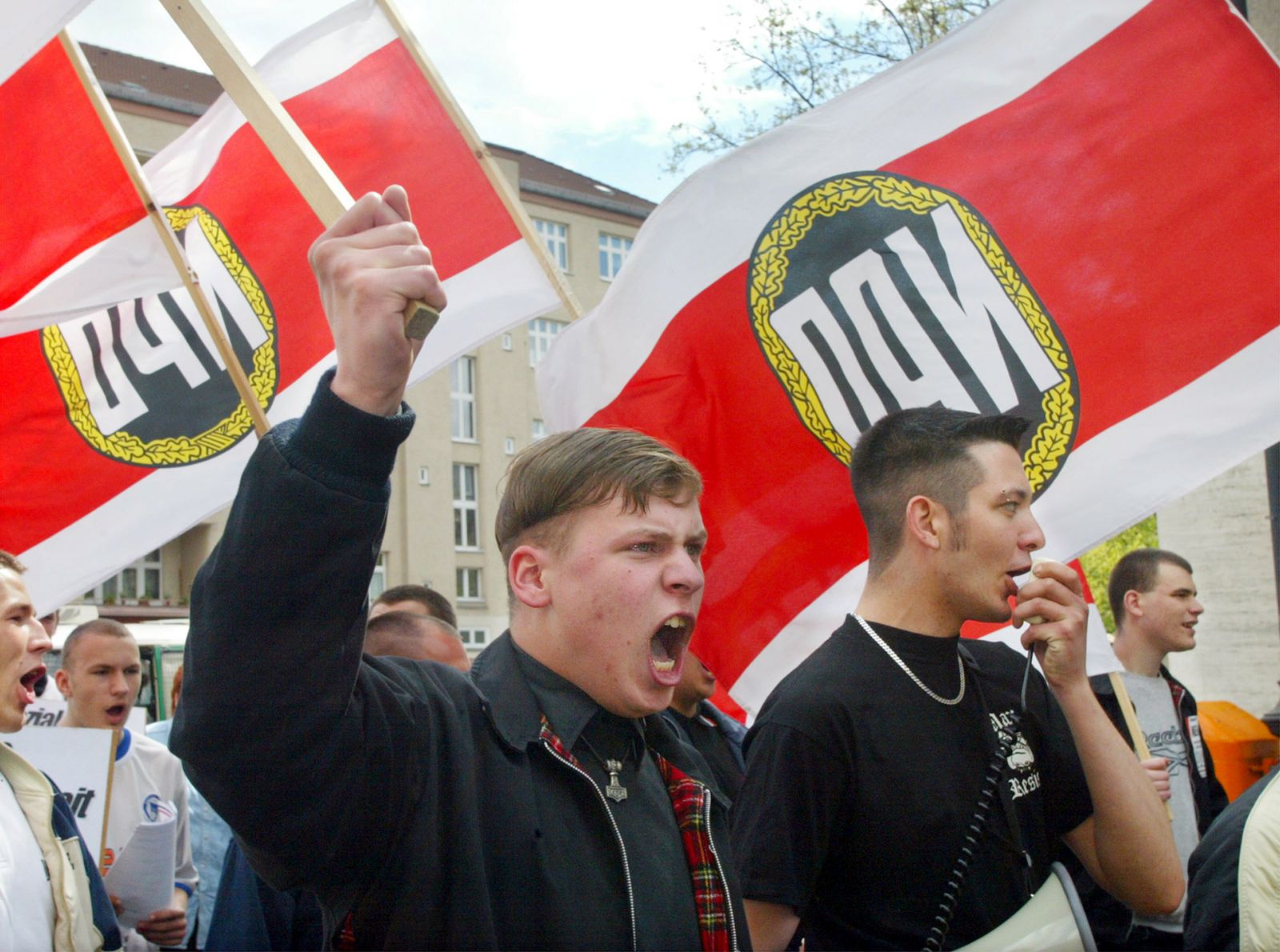