More women and girls living in Germany are being forced into marriage under the threat of violence than previously thought, according to a new study released by the German government on Wednesday.

In 2008, the most recent year for which statistics are available, 3,443 people sought help at counseling and information centers because they had already been, or were being, forced into marriage. The vast majority of those victims were women or girls, but 6 percent were young men, who, like many of the women, sought help because they were threatened with violence if they did not go through with the marriage.

The new study was presented Wednesday in Berlin by Family Minister Kristina Schröder and the federal integration commissioner, Maria Böhmer, both members of Chancellor Angela Merkel's conservative Christian Democratic Union. "Those who force their children against their will to marry someone they don't love, or who is a complete stranger, are committing brutal violence against them," Schröder said in a statement.

The German human rights organization Terre des Femmes had previously estimated that in Germany more than a thousand women and girls from immigrant families seek help from counseling centers each year. Schröder has called for the issue of forced marriage to be discussed more in German schools.

Some Threatened with Death

For the current study, 1,445 different counseling centers and other institutions were asked to participate in the survey. A total of 830 responded, including schools, immigrant aid organizations and so-called integration centers, which provide language and orientation courses for immigrants. The results also provide information on the heritage, age and prior history of the victims. The report revealed that one-third of victims were threatened with death if they did not go through with the forced marriage. The vast majority -- 83.4 percent -- of the victims of forced marriage come from households with Muslim parents. According to the Süddeutsche Zeitung newspaper, almost two-thirds of the cases come from devout religious families.

Many of the victims experienced extreme violence, and 27 percent were threatened with weapons or with death. Almost a third of those forced into marriage in Germany were 17 years old or younger, and another 40 percent were between the ages of 18 and 21.

Almost all of the victims came from immigrant families, but a third of the women and girls were born in Germany. Twenty-three percent of the victims were born in Turkey, the country from which the largest share of victims came, followed by Serbia, Kosovo, Montenegro, Iraq and Afghanistan. There are around 3 million people of Turkish descent in Germany, comprising the country's largest non-German ethnic group.

On July 1, 2011, a new law went into effect in Germany in which those who force women and girls into marriage can be punished by up to five years in prison. Böhmer, the federal integration minister, said in a statement: "The study clearly shows that our new laws in the fight against forced marriage were right and necessary."

Böhmer noted that in many of the cases the women were forced to leave the country after marrying. They would now have the legal right to return to Germany within 10 years, she explained. "The message is that we are not leaving girls and young women who have grown up in Germany and gone to school here on their own," she said. 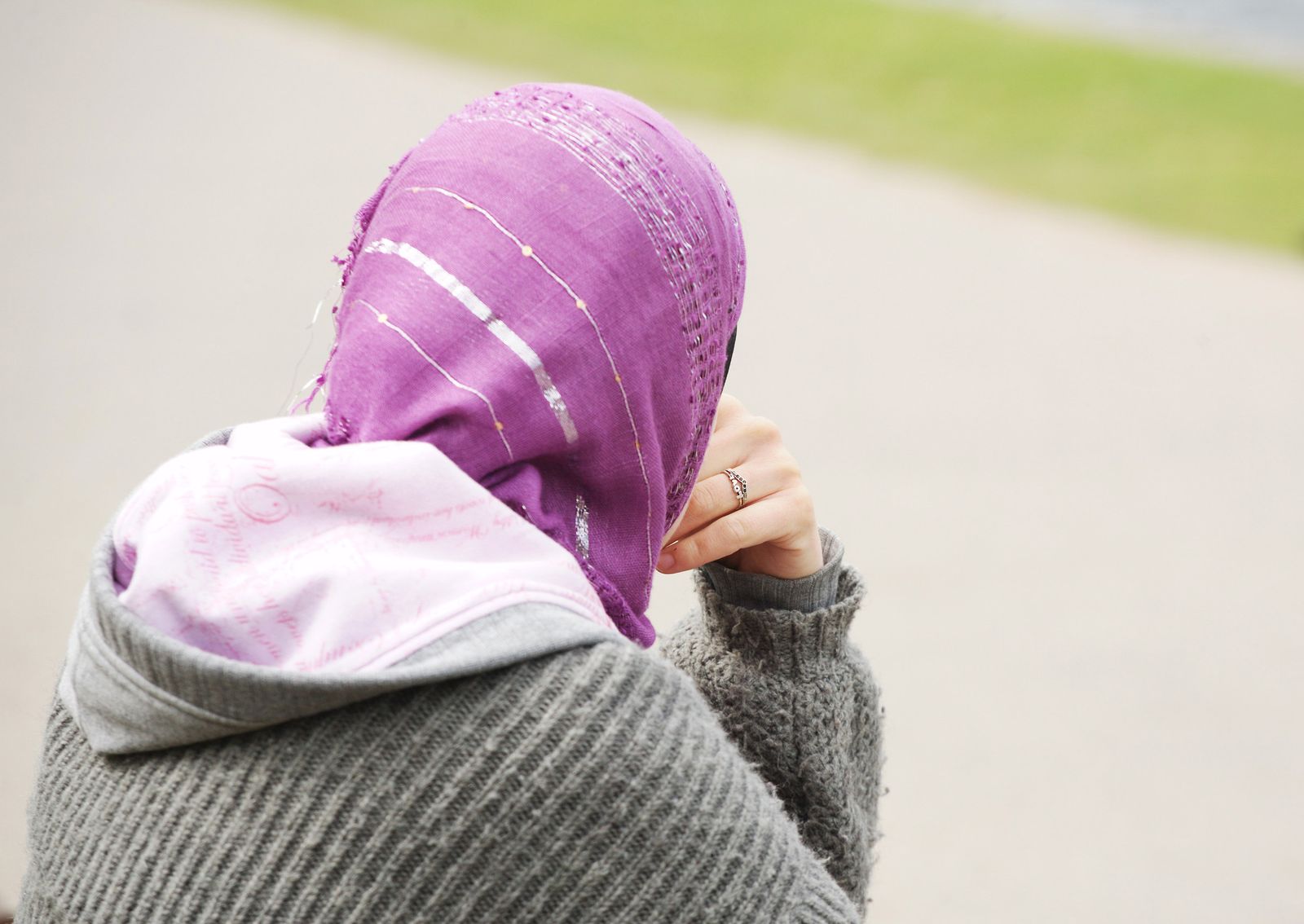 A young Muslim woman in Frankfurt (2010 photo): A new study has revealed that thousands of women are trapped in forced marriages.