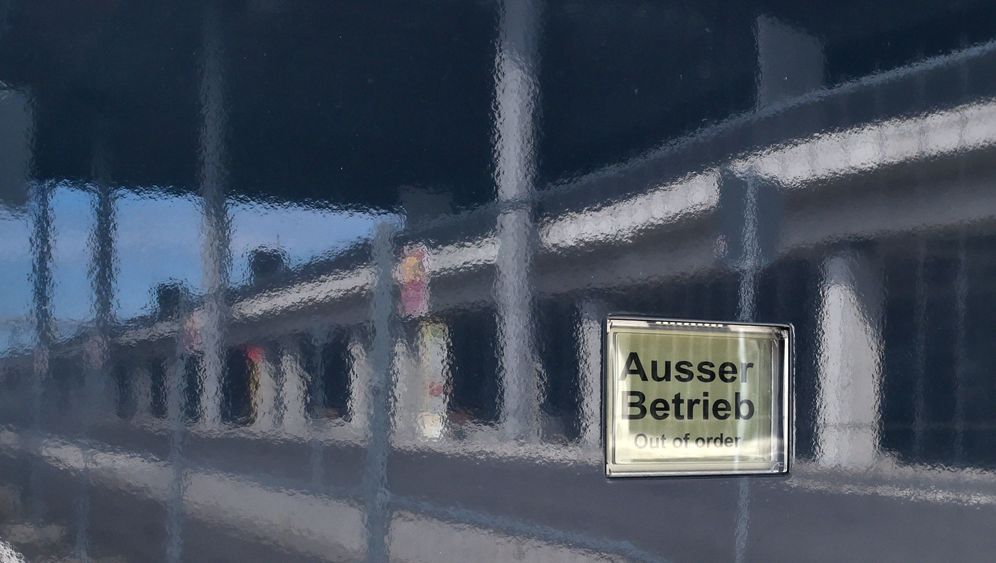 Hartmut Mehdorn, CEO of Berlin's still unfinished new airport, isn't one for transparency. "This isn't a sandbox where everyone can just snoop around," he said in March. In other words, comptrollers looking into his project's finances are decidedly unwelcome, and indeed, when federal auditors from the Bundesrechnungshof, Germany's Federal Court of Auditors, recommended an independent audit, Mehdorn wanted none of it, and the public officials backed down.

But because the EU provided some of the funding for the problem-plagued airport, the 71-year-old Mehdorn was unable to prevent comptrollers from the European Court of Auditors from digging around in his sandbox last year, in an effort to find out what had happened to that money.

Now, the group has completed a report critical of the multi-billion euro project in Berlin. Even the cover letter addressed to Siim Kallas, the European Commission vice president responsible for the Mobility and Transport portfolio, notes "manifold errors" and a "weakness of management and monitoring systems."

Generally, the European Commission reacts to these kinds of findings by demanding that its subsidies be reimbursed, which would mean that Berlin's airport consortium, already short of cash, might be forced to send €30 million ($41 million) back to Brussels.

Additional consequences could also be in the offing for the project's future financing. Mehdorn may soon have to defend the recent approval of almost a billion euros in additional state funding before the European Commission. It is difficult to imagine Brussels simply rubber-stamping the new subsidies.

For months, Mehdorn and his team have been insisting that the airport's recalcitrant fire safety system was the only hurdle remaining before the facility can open. But now, people's attention has returned to the airport's financing, and it looks as though the airport consortium's money problems are at least as significant as its technical difficulties.

Mehdorn, who took over the airport project at the beginning of 2013, has still not presented a realistic prognosis on what the final price tag might be. Banks have stopped providing financing for the project and even payouts on existing loans have been frozen absent reliable figures.

Concern is now growing among the airport's owners -- the states of Berlin and Brandenburg, and the federal government of Germany -- that, even once the airport opens, it won't be able to payback the billions that have already been spent on it. A report commissioned by the Brandenburg chapter of the Green Party recently raised that concern as well.

The issue is threatening to become a political one. Voters in Brandenburg go to the polls in September and state leaders are hoping to keep concerns about the airport out of the campaign. But potentially radical solutions -- to be adopted in the period after the election -- are already under discussion, including a debt write-off funded by taxpayers. Liabilities could be spun off into a "bad bank," for example, thus allowing the airport to start with a clean financial slate.

The EU pledged €30 million in funding back in 2009. The last tranche was paid out in 2013, and a short time later, Brussels began examining how the funds got spent. Now the report from the Brussels auditors threatens to cast an unwanted spotlight on the airport's finances.

They found several eyebrow-raising items, such as a plan to create elevated parking spaces for Berlin Mayor Klaus Wowereit and his VIP guests so they could have easier access to gates. The project cost €567,000.

The auditors also found that, in many cases, the cost overruns weren't merely the product of the kinds of uncertainties that normally occur in large-scale construction projects, but the result of errors made by the airport consortium, officially called Flughafen Berlin Brandenburg GmbH.

"Comptrollers have observed significant weaknesses pertaining to project preparation and would highlight in particular the fact that construction plans were not complete at the time contracts were awarded," the report reads. And by directly awarding several additional contracts without a bidding process, the airport company "systematically" violated EU public procurement directives and acted "unlawfully." The additional work covered by those contracts, the auditors note, was foreseeable to management and should thus have been awarded via a bidding process.

Now, it is up to the European Commission to make the next move. "We are taking the report from the European Court of Auditors very seriously," said a Commission spokeswoman in Brussels. "Should our examination confirm irregularities by certain payouts, it will lead to a demand for the reimbursement of the money."

The European Investment Bank (EIB) will also take a close look at the report. In 2009, the bank financed the airport project to the tune of €1 billion. It is "one of the biggest infrastructure loans in Europe," the bank said proudly at the time. The EIB is required to look closely at how its funding is used, and it is unlikely that any more EIB financial help will be forthcoming for the Berlin airport project.

Mehdorn and his CFO Heike Fölster are badly in need of fresh funding. According to a confidential March 21 paper from Flughafen Berlin Brandenburg GmbH's financial department, only €14 million was still available, fully €11 million short of the amount necessary to cover current expenditures. The paper noted that the project's account balance would be €7 million in the red by the beginning of April. The report's conclusion was clear: "To avoid negative liquidity ... the release of stakeholder funds of €50 million are necessary." In other words, if the states of Berlin and Brandenburg, or the federal government, don't cough up, the airport consortium will be insolvent.

Members of the Budget Committee in German parliament learned of the problem in May. Mehdorn's company is concerned that "as of the middle of May, we will no longer have sufficient liquidity," Michael Meister, a state secretary in the Finance Ministry, reported. The reason, he said, was that banks had delayed the dispersal of loans. The parliamentarians approved emergency funds worth €26.5 million.

But the Budget Committee was not told why the airport's financial backers had withheld the payouts. Had they been, it is possible they would have refused to supply the emergency funding.

The state banking consortium that backs the airport construction project, led by the investment bank KfW, has indicated it is unwilling to continue dispersing funds as long as Mehdorn refuses to provide reliable numbers. One KfW letter to the airport company notes the lack of "a cost budget for the completion and opening of the airport, including a delineation of current financing shortfalls." The letters says that "a long-term financing and business plan" is also lacking.

'We Don't Want to Continue'

These are exactly the documents and forecasts that the airport consortium's advisory board has been asking Mehdorn to supply since last October. Thus far, he has not delivered. Instead, the CEO has continually promised clarity -- and the advisory board has thus far gone along.

But the situation cannot continue for much longer. In 2012, Berlin, Brandenburg and the German federal government budgeted an additional €1.2 billion for the completion of the airport. By the end of this year, that money will likely be used up -- primarily to cover existing expenses and to resolve construction debts. But getting the airport up and running -- and certified -- will require much more money, and taxpayers will likely be the ones to supply it.

How much the airport will ultimately end up costing remains Mehdorn's secret, if he even knows himself. In the spring, he mentioned an additional €1.1 billion in a presentation to parliamentarians, which would bring the total cost of Berlin's new airport to €5.5 billion. He didn't say how he arrived at that sum.

The more expensive the project becomes, the less likely it is that it will ever turn a profit. Officials in both Berlin and Brandenburg have thus begun trying to figure out how to limit the project's collateral damage. In Wowereit's city-state government in Berlin, one proposal under consideration involves removing the airport from the Flughafen Berlin Brandenburg GmbH consortium, which also runs Tegel and Schönefeld airports, and placing the project's bank debts of €2.4 billion in a separate state-owned company.

But such radical solutions are of secondary concern to Mehdorn at the moment. He is also facing significant anger from within his own company. Last week, an anonymous letter sent to Mehdorn from Flughafen Berlin Brandenburg GmbH employees demanded that he step down. "Mr. Mehdorn," the letter reads, "you are the boss. But we don't want to continue like this." 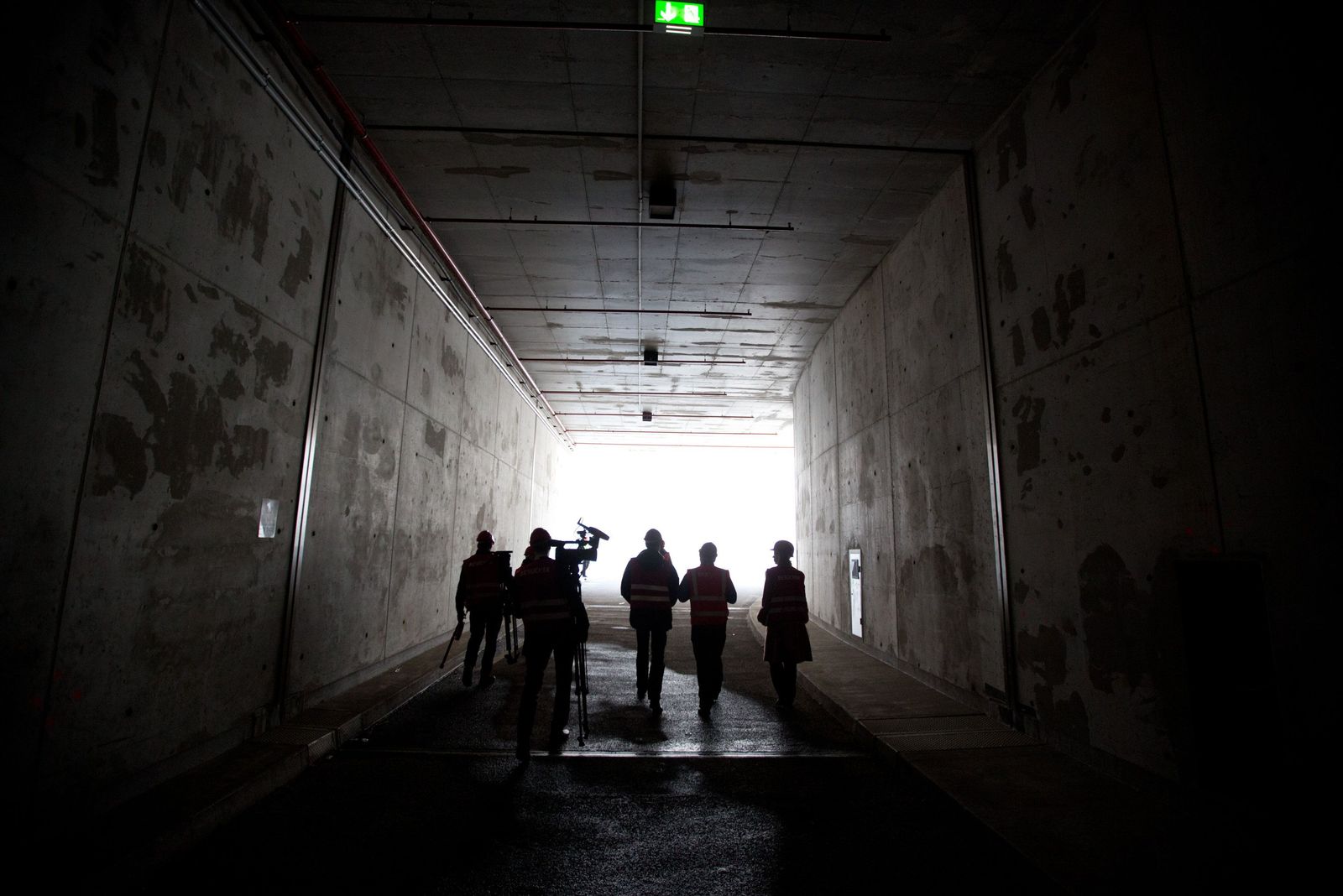 The smoke-evacuation system has been found to be severely wanting, with some experts saying it will never work as currently designed. 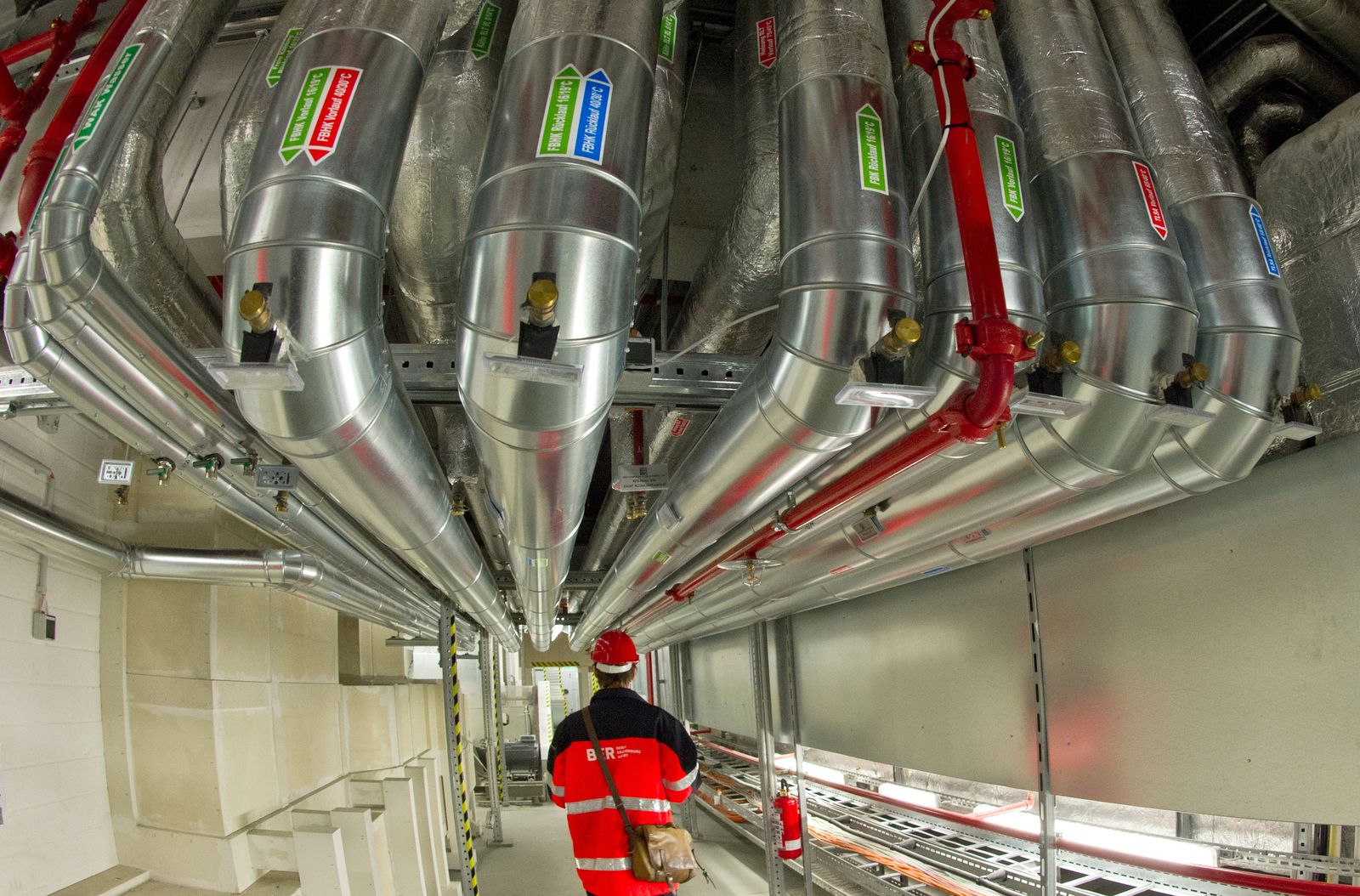 Workers will have to make several major improvements, to the point that some have said it might be cheaper to tear down the existing structure and start over.