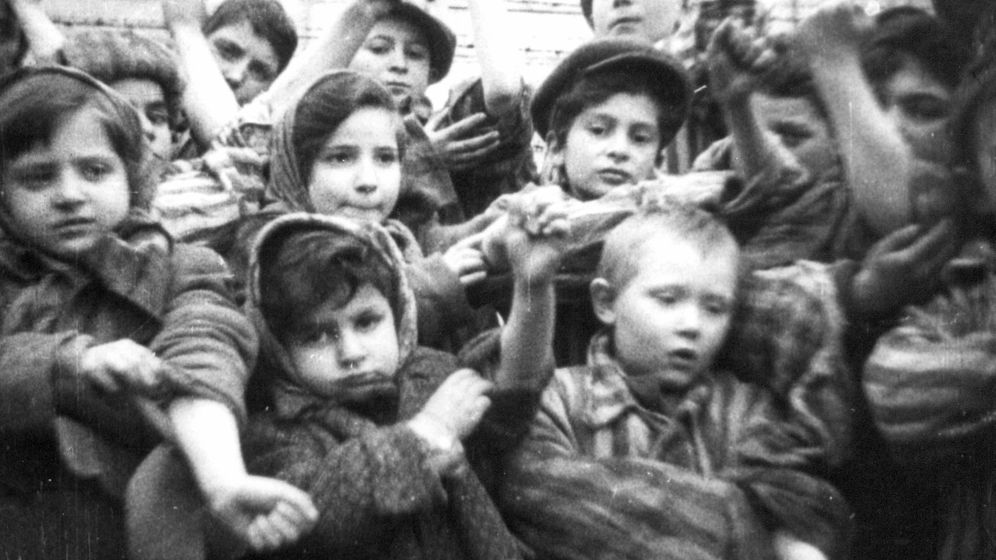 Photo Gallery: 'The Coalition of the Unwilling'

All it took was a transposed number -- 1974 instead of 1947 -- for Gustav Wagner to be allowed to stay in Brazil. It was a mere slip of the pen by the man who had translated the German document into Portuguese that prompted Brazil's supreme court to deny West Germany's request to extradite the former SS officer. And yet Wagner stood accused of complicity in the murders of 152,000 Jews at the Sobibor extermination camp in German-occupied Poland.

Josef Mengele, the notorious concentration camp doctor at Auschwitz, also benefited from mistakes and delays because French officials with Interpol, the international police force then headquartered in Paris, refused to conduct international searches for Nazi war criminals. And, in the case of SS Colonel Walther Rauff, who helped developed mobile gas chambers used to kill Jews, it was an official with the German Foreign Ministry who sabotaged his own government's extradition request to Chile for 14 months.

As a result of these breakdowns, all three of these Nazi thugs were never tried in German courts after the war. Wagner, the "beast" of Sobibor, died in São Paulo, Mengele drowned in Brazil, and Rauff died of a heart attack in Chile. Of the hundreds of guilty Nazi officials and mass murderers who had fled to South America after the surrender of Nazi Germany, only a handful of them were ever held to account.

How could so many criminals manage to go unpunished, even though they were clearly guilty? It's a conundrum that mystifies academics to this day. Was it because of the lack of cooperation by West German officials? The lack of interest on the part of South America regimes? Were there even secret ties and collaboration between Nazis on both sides of the Atlantic?

Historian Daniel Stahl has conducted research in European and South American archives in the process of writing a new book entitled "Nazi Hunt: South America's Dictatorships and the Avenging of Nazi Crimes." The work supplies a certain and disgraceful answer to what has long been suspected: that there was a broad coalition of people -- across continents and within the courts, police, governments and administrations -- that was unwilling to act or even thwarted the prosecution of Nazi criminals for decades.

Stahl believes that the motives for being part of what he calls a "coalition of the unwilling" differed widely. West German diplomats sabotaged the hunt for Nazis out of solidarity. French criminal investigators feared that cooperation might expose their own pasts as Nazi collaborators. And South America dictators refused to extradite former Nazis out of concern that trials of war criminals could direct international attention to the crimes their own governments were then committing.

It wasn't hard for this coalition to torpedo the hunt for Nazis. Countless players -- in politics, the judiciary, the government and the administration -- had to work together in order to arrange and execute successful criminal prosecutions. Indeed, a small mistake or minor procedural irregularity was enough to foil the arrest of the criminals.

Stahl leaves no doubt that the West German judiciary was especially guilty of serious lapses. His findings confirm that it neglected to forcefully pursue Nazi murderers for decades.

Walther Rauff, for example, was able to travel between South America and Germany after the war as a representative of various companies. But he never ran into any difficulties because his name didn't appear on any lists of wanted criminals. It wasn't until 1961 that the public prosecutors office in the northern city of Hanover issued a warrant for Rauff's arrest on almost 100,000 counts of murder.

Finding Rauff's address in Chile wasn't a problem, and the German Foreign Ministry instructed Ambassador Hans Strack in Santiago to request extradition of the Nazi war criminal. But Strack, who had also worked at the Foreign Ministry before 1945, ignored the instructions from the ministry in Bonn and allowed the case to drag on for 14 months.

It wasn't until after justice officials in Hanover notified federal colleagues that they were "extremely disconcerted" over the fact that the embassy was treating the case "with such hesitancy" that the government disciplined the recalcitrant ambassador. Strack, a known opponent to redressing the crimes of Nazi Germany, finally applied for Rauff's extradition, which led to his arrest in late 1962.

But, by then, it was too late to punish Rauff because murder came under the statute of limitations in most South American countries at the time. Chile's supreme court denied Germany's request to extradite the former SS colonel. Despite international protests, Rauff continued to live as a free man in Chile for decades.

In other cases, a lack of cooperation by Interpol thwarted the pursuit of Nazis. Stahl uncovered one particularly revealing document, the minutes of a meeting of Interpol's executive committee from May 1962. A short time earlier, the World Jewish Congress had asked Interpol to participate in the global search for Nazi war criminals. Interpol's then-secretary general, Marcel Sicot, responded angrily. Why should war criminals be prosecuted, the Frenchman is quoted as asking in the minutes, "since the victor always imposes his laws, anyway? No international entity defines the term 'war criminal.'" In fact, Sicot regarded the criminal prosecution of Nazi crimes as "victor's justice."

In 1960, there were rumors that Josef Mengele, the concentration camp doctor known as the "Angel of Death," was hiding in Brazil or Chile. The German Justice Ministry advised the Federal Criminal Police Office to conduct a manhunt -- but without involving Interpol. Officials in Bonn were apparently trying to avoid bothering international investigators with the case, but Mengele's hiding place was never found.

Stahl attributes Interpol's failure to arrest Nazis and their collaborators to the wartime past of many French police officers. "As henchmen of the Vichy regime, (they) collaborated with the Nazis until 1944," Stahl writes. "They stood opposed to the criminal prosecution of Nazi crimes."

Stahl also notes that one of the major obstacles in the hunt for Nazi criminals was the fact that South American dictators wanted to cover up their own crimes. On June 22, 1979, the German ambassador in Brasilia wrote that the extradition of someone who had committed war crimes almost 40 years earlier would "bolster the demands of those who insist that all crimes should be prosecuted, including those committed by the military and the police." A short time earlier, the administration of then-Chancellor Helmut Schmidt had requested the extradition of Wagner, the former deputy commandant of Sobibor, a request that the judges on Brazil's Supreme Federal Court had denied.

In Germany, a new generation had entered the government bureaucracy -- and one that wasn't afraid to use unconventional means to put Nazi criminals behind bars. In 1982, the Munich public prosecutor's office initiated proceedings to apply for the extradition of Klaus Barbie, the former chief of the Gestapo in Lyon, France. Fearing that Barbie could be acquitted in Germany for lack of evidence, Justice Ministry officials asked their Foreign Ministry counterparts to hint to Bonn's French allies that "they should also seek Barbie's deportation, specifically from Bolivia to France."

When Paris agreed, the Foreign Ministry instructed the German embassy in La Paz, the Bolivian capital, to "encourage such a development with suitable means."

In early 1983, Barbie was deported to France. The notorious "Butcher of Lyon" died in a hospital in that city in 1991.

Covering Up Past and Ongoing Crimes