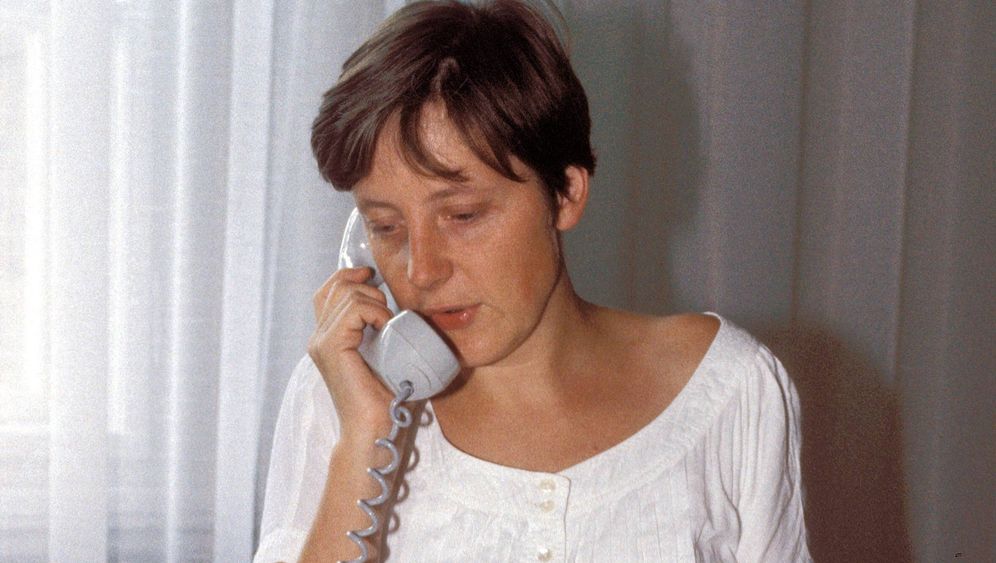 A new biography covering Chancellor life in East Germany has caused a stir by suggesting she was closer to the communist apparatus and its ideology than previously thought.

Published this week and written by journalists Günther Lachmann and Ralf Georg Reuth, the book quotes Gunter Walther, a former colleague of hers at the Academy of Sciences in East Berlin, as saying she had been secretary for "Agitation and Propaganda" in the Freie Deutsche Jugend (FDJ) youth organization at the institute. Merkel, a trained physicist, worked at the academy from 1978 until 1989.

Excerpts from the book, "The First Life of Angela M.," were published in the newsmagazine Focus on Monday. The mass-circulation Bild newspaper has also given the book prominent coverage in recent days.

The book explores Merkel's life growing up in German Democratic Republic (GDR), where her father Horst Kasner was a Protestant pastor and a committed socialist. He moved to East Germany from West Germany in 1954.

Merkel has said in the past that her FDJ role at the academy was more that of a cultural secretary and that her duties included buying theater tickets and organizing book readings.

'Closeness to the System'

But former German Transport Minister Günther Krause -- an eastern German politician who worked with her in the final months of the GDR and as a fellow minister in the government ex-chancellor Helmut Kohl in the early 1990s -- contradicts her in the book and says she propagated Marxism-Leninism.

"With Agitation and Propaganda you're responsible for brainwashing in the sense of Marxism," he said. "That was her task and that wasn't cultural work. Agitation and Propaganda, that was the group that was meant to fill people's brains with everything you were supposed to believe in the GDR, with all the ideological tricks. And what annoys me about this woman is simply the fact that she doesn't admit to a closeness to the system in the GDR. From a scientific standpoint she wasn't indispensable at the Academy of Sciences. But she was useful as a pastor's daughter in terms of Marxism-Leninism. And she's denying that. But it's the truth."

On Sunday evening, Merkel said she hadn't covered up anything about her past. "I can only rely on my memory," she said at a public screening of her favorite movie, a popular love film made in East Germany, on Sunday night. "If something turns out to be different, I can live with that."

Her spokesman, Steffen Seibert, denied on Monday that the chancellor had ever covered up political aspects of her life in East Germany. "The chancellor has been making statements about her life in the GDR for years in books and interviews," he said. "She always answered questions openly and based on her honest memories."

The book adds that Merkel and her father refused all attempts by the Ministry for State Security or Stasi, the feared secret police, to recruit them as informants.

A Latecomer to the East German Reform Movement

Merkel, who speaks good Russian, was well informed about Perestroika and the distancing of the Soviet government from the East German regime, the book says. She read Soviet President Mikhail Gorbachev's speeches in the Communist Party newspaper Pravda, and made contacts with East German reform groups only a few months before the Berlin Wall fell in November 1989.

The book says she and her father and brother Marcus discussed political developments with other people on September 1989. For them, the biography says, German unification was still inconceivable at that point "not just because it wouldn't have fitted into the bipolar world but because they strictly rejected the Western system of society."

It quotes Merkel as having said at the time: "If we reform the GDR, it won't be in terms of the Federal Republic."

Merkel's political ascent after that is well documented. She joined the opposition political movement Demokratischer Aufbruch (Democratic Awakening) in December 1989, became deputy spokeswoman of the democratically elected transitional East German government after the May 1990 election and joined the staunchly conservative Christian Democratic Union party in 1990s -- a surprising move given her apparent previous political leanings.

'Not Many Know What She's Really Thinking'

The chancellor at the time, Helmut Kohl spotted her potential and made her family affairs minister in his cabinet after the November 1990 German election. The rest is history.

"Only Angela Merkel herself can answer how much of her old life is still in her," Focus magazine wrote.

Her past may have contributed to making her inscrutable. Focus quotes Werner Schulz, a member of the European Parliament for the Greens who grew up in East Germany, as saying: "Her secrecy is a legacy of the GDR, I think. At the time you had to be careful about blurting out your opinions without thinking first. (…) Even today not many people know what she's really thinking."

In power since 2005, Merkel is running for a third term in a September general election. She is widely expected to win. Her inscrutability and political shrewdness are legendary. She has sidelined every potential rival in the male-dominated, largely Catholic CDU. There's no obvious successor to her in her party and she's far more popular than her challenger from the center-left Social Democratic Party, Peer Steinbrück.

According to SPIEGEL journalist Stefan Berg, the book hasn't really shed any new light on the first 35 years of Merkel's life. Instead, he writes, it has thrown a fresh veil over it -- a veil of supposed conspiracy. "A disproportionate amount of mistrust runs through this book," writes Berg, who was born in East Berlin in 1964. "While Merkel's own declarations are eagerly called into question, intelligence reports are taken at face value and Socialist phrases are taken more seriously than they were in GDR times."

The book makes the "perfidious" suggestion that secret powers aided Merkel's path into politics, that she is some kind of Soviet plant, writes Berg.

"Those who lived in the GDR can recall that everything was in disarray in the autumn of 1989, when careeers ended and new ones opened up -- a lot of it by chance, unintended, surprising. But coincidence is the enemy of journalists who -- firstly -- weren't there and -- secondly -- often see spies or other concealed forces at work. When they find no clues or can't interpret the clues they find, they see that as further evidence of their theory."

The book, writes Berg, paints a scenario in which "only naïve people can believe that Merkel wasn't steered by unknown forces." In fact, it doesn't present significant new facts, he adds. 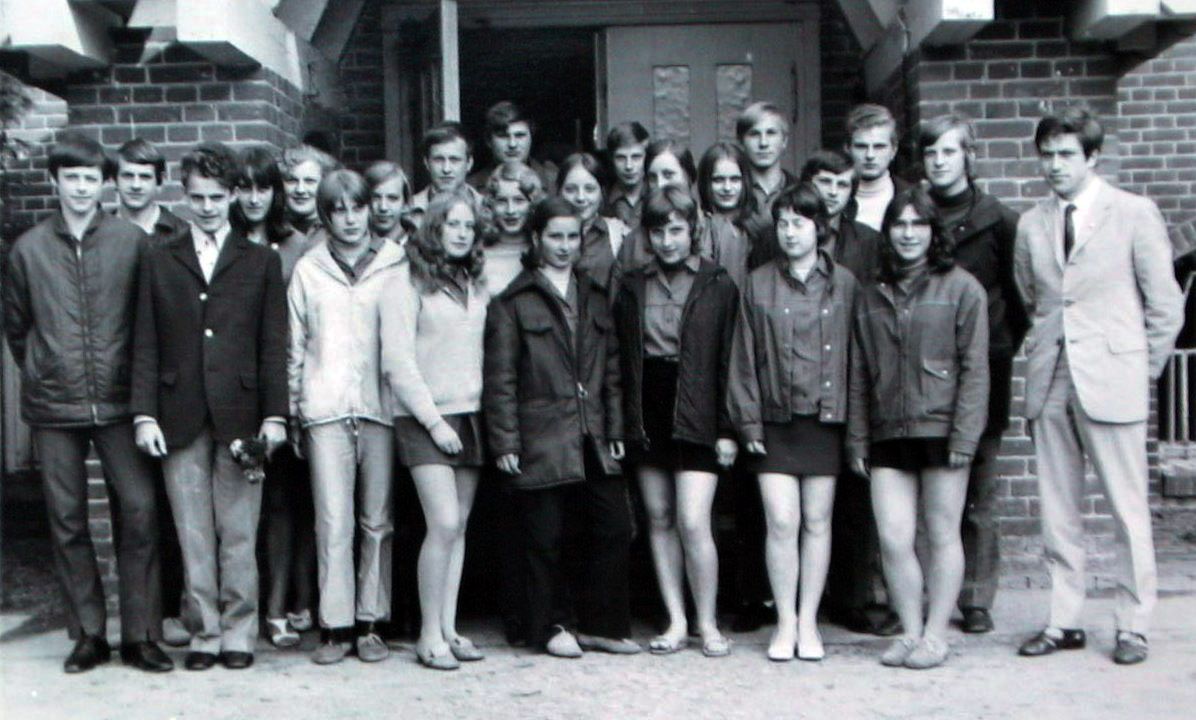 This 1971 photo shows Angela Merkel, (second row in the middle) with classmates from the Polytechnic High School in Templin. She was 16 or 17 at the time and an A-student. At the time, she was called Angela Kasner. She took her current surname from her first husband, whom she married in 1977. 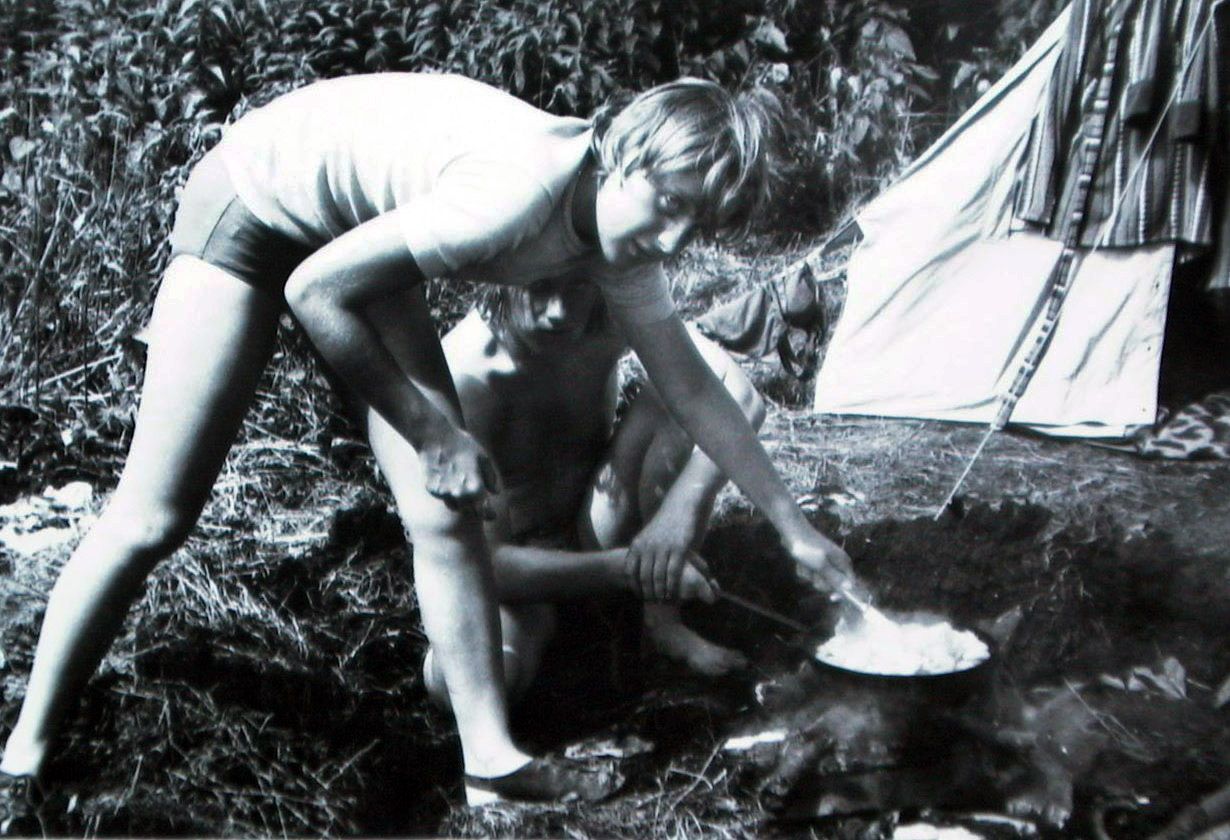 Merkel cooking during a camping trip in 1973.