It's the kind of brochure that might get feminists up in arms, putting an important woman in an apron and behind the stove as it figuratively does. But for "Teflon" Chancellor Angela Merkel, it's a calculated opportunity to show a softer, more personal side -- while at the same time quite possibly appealing to conservatives. The new brochure released Monday by Germany's Christian Democratic Union party portrays Merkel as both a world leader and a Hausfrau.

"I love cooking," Merkel says, "and my favorites are potato soup and roulade." For the uninitiated in German cooking, a roulade is cut of rolled meat that is often stuffed with pickles and other vegetables. In the past, Merkel has famously stated that, between the midnight euro crisis telephone calls and trips to foreign lands, she still finds time to prepare breakfast for her husband.

Apparently what she puts in first man Joachim Sauer's stomach also hits the spot. "My husband seldom complains," she says. "The only thing he complains about is that there are too few crumbles on the cake for his taste. After all, he's a baker's son."

Sauer himself doesn't cook, but he does like to bake pies now and then during his free time. Merkel herself also likes to bake plum and current cakes during weekends.

The chancellor also comes out in the brochure as a green thumb. "I'm a passionate gardener, and I grow my own vegetables in my garden," she says. "It's not much but it is enough for an occasional meal."

In interviews in recent years, Merkel has explained quite a lot about the culinary preferences she shares with her husband -- and with tastes like these, it's little surpise that the chancellor's policies often come across as bland.

As the Berlin-based BZ tabloid noted, for breakfast, the couple like to eat blood sausage and liverwurst, and they have a preference for Turkish-style coffee, a reference to the way most people prepared coffee in the former East Germany by pouring grinds and brewing them directly in the cup.

In addition to potato soup and rouladen, the chancellor also likes to prepare Königsberger Klopse -- Prussian meat balls in white sauce -- trout and spaghetti bolognese. For desert Merkel likes it savory, with a simple cheese plate. Afternoons, she likes to eat a plate of vegetables -- usually carrots.

In the new brochure, Merkel also sheds some light on her married life, noting with precisely 11 words of remorse that her first marriage during her student years didn't last long. Of Sauer, whom she married in 1998, she writes, "When we have free time, we like to experience nature as much as possible -- hiking in the summer and taking long walks in the winter. We both love classical music, especially opera." 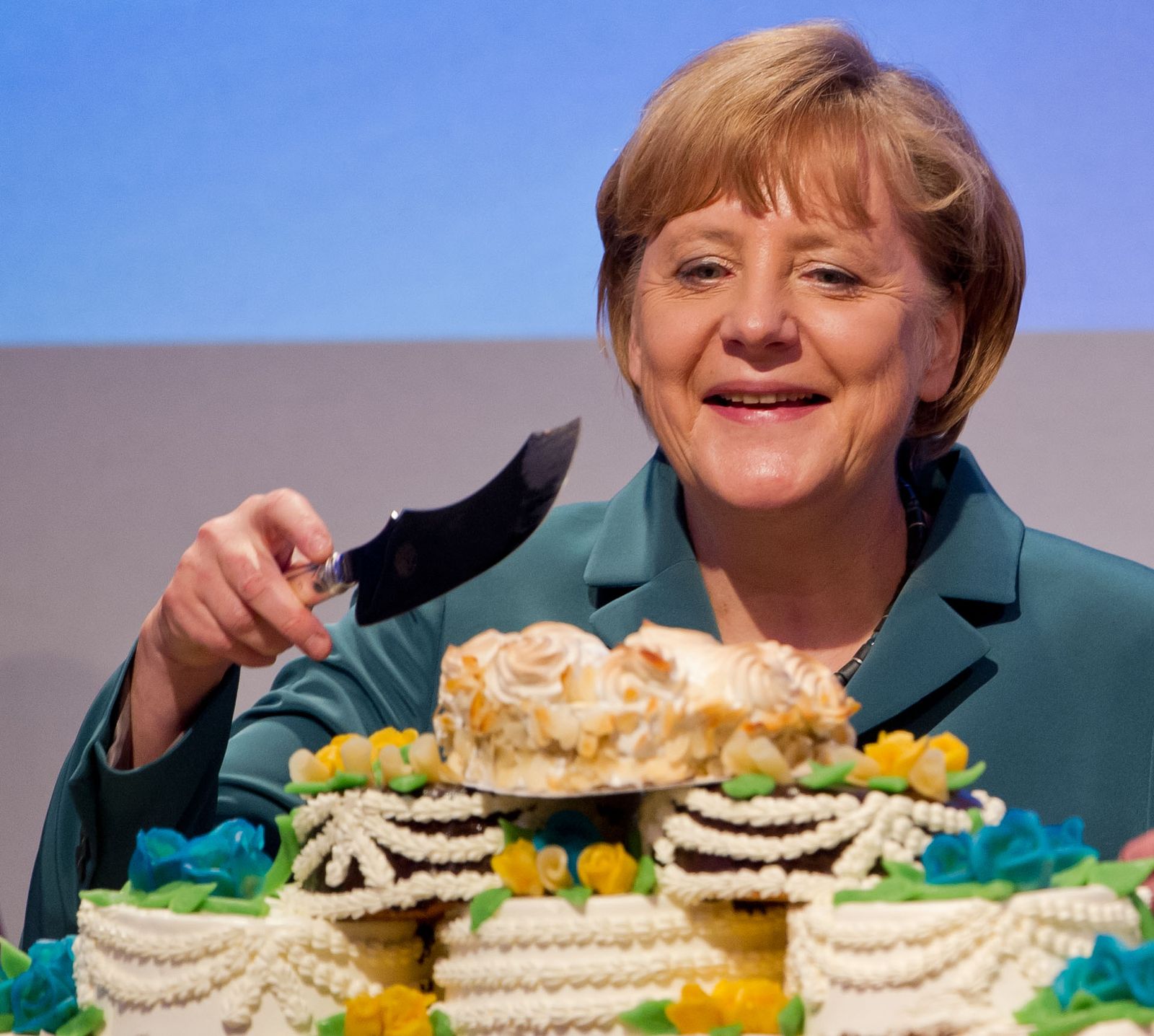 Don't forget the crumble: Chancellor Angela Merkel says her husband has few complaints about her cooking.