The cooling towers and smokestacks of a power plant tower over the houses in Niederaussem, a small town near Cologne in the Rhineland region of Germany. The power station could well serve as a symbol for the second wave of Germany's so-called energy revolution -- it burns coal, but not in the conventional way. The technology it uses is one that more and more conventional coal-fired power plants may come to implement in the next years, because it solves a key problem in the transition to alternative energy sources such as wind and solar power.

Conventional power plants grind coal into dust, which is then blown into a boiler. But in Niederaussem, the pulverized coal is first stored in a silo, making it possible to control much more closely the amount that is later fed to the flame. German energy giant RWE originally built the silo in Niederaussem to make fueling its power plant easier. But the German energy revolution has lent the silo system an entirely new dimension.

A power plant with a silo can run on a low level if necessary. It can be powered down to 10 percent of its maximum output, a function that's impossible for plants without a silo. Even the most modern conventional facilities can go no lower than 35 percent of maximum performance. Operating at a capacity any less than that requires laboriously keeping the combustion going by burning oil or gas -- an option that's far too expensive.

Silos for storing coal dust represent just one of several new technologies that are helping coal-fired power plants shape up for the transition to renewable energy. Time is short. Germany's environmental revolution will mean major upheavals for coal plant operators, and the new electricity supply system will subject them to grim competition.

Fluctuations in the System

The old energy system was straightforward. Its basis was large-scale power plants, which generally produced electricity at a constant rate. They were designed to operate at full power for as long as possible -- the ideal set-up for a large coal plant. During the hours in the middle of the day when energy demand rose, gas-fired plants fed additional power into the grid. In the age of fossil fuels, the division of labor was simple.

But now the old system is being shaken up, as the energy transition leads to more and more wind turbines and solar arrays feeding into the grid. Grid operators are required by law to give priority to buying electricity from renewable sources, with the remaining demand met by coal and gas plants, as well as a decreasing number of nuclear power plants, which are due to be phased out by 2022.

This new system leads to ever greater fluctuations in power generation, with output changing with every gust of wind and every cloud that flits across the sun. Hitachi Power, a Japanese company that builds power plants, estimates these fluctuations will double or triple by the end of the decade, while at the same time the demand for electricity from non-renewable sources will drop by half between 2010 and 2020.

Soon the demand for electricity will likely no longer be enough to keep all the existing coal-fired plants in business, and those that want to continue selling as much conventionally generated energy as possible in this shrinking market must be able to react quickly to fluctuations in supply and consumption. Once this was something only gas-fired plants were able to do, but coal-fired plants are now preparing to challenge them for the role of a flexible provider that can make up shortfalls. Coal and gas power, once partners, are suddenly becoming competitors in a shrinking market.

Coal dust silos are the first step. When combined with other technologies, they make it possible for coal-fired plants to hold their own against the competition in the new era of power generation. "The demand for these solutions has increased sharply," says Wolfgang Schreier, Hitachi Power's managing director for Europe. "Two of Germany's four major energy providers have expressed interest."

In addition to these silos, power plant operators are also interested in technologies that speed up their facilities' reaction times. This is accomplished, for example, with special steel alloys that mean the walls of the coal-fired boilers can be made thinner. The result is boilers that can withstand the rapid and extreme changes in temperatures that occur when the power plant's output is adjusted up or down, since more power means higher temperatures.

In the past, these walls were generally thick, designed to allow the plants to operate at full power for as long as possible without requiring maintenance. Flexibility wasn't important, and performance could be adjusted up or down by a maximum of 3 to 4 percent per minute.

All that is set to change. Thinner walls and other technologies make it possible to adjust performance by more than 10 percent. For a 1,000-megawatt power plant, that means 100 megawatts a minute -- enough flexibility to keep supply stable even when faced with extreme fluctuations.

Other techniques are currently being tested as well, for example special boilers that can burn not only coal but biomass as well, improving CO2 emissions rates. The cost of comprehensively converting a coal-fired plant in this way is in the high double-digit millions, according to industry experts, but it's an investment that can pay off for plant operators within just a few years.

The only question is whether this technological revolution is also the best solution for the climate. Coal-fired plants still emit one-and-a-half to two times as much carbon dioxide as gas-fired plants. The cost of producing electricity with gas-fired plants is, on the other hand, considerably higher than with coal-fired plants, which means they must charge higher prices as well.

If coal manages to replace gas as the flexible energy source which can compensate for fluctuations in the power supply, then more than one gas-fired plant may go bankrupt. Paradoxically, Germany would likely then end up emitting more CO2 overall. 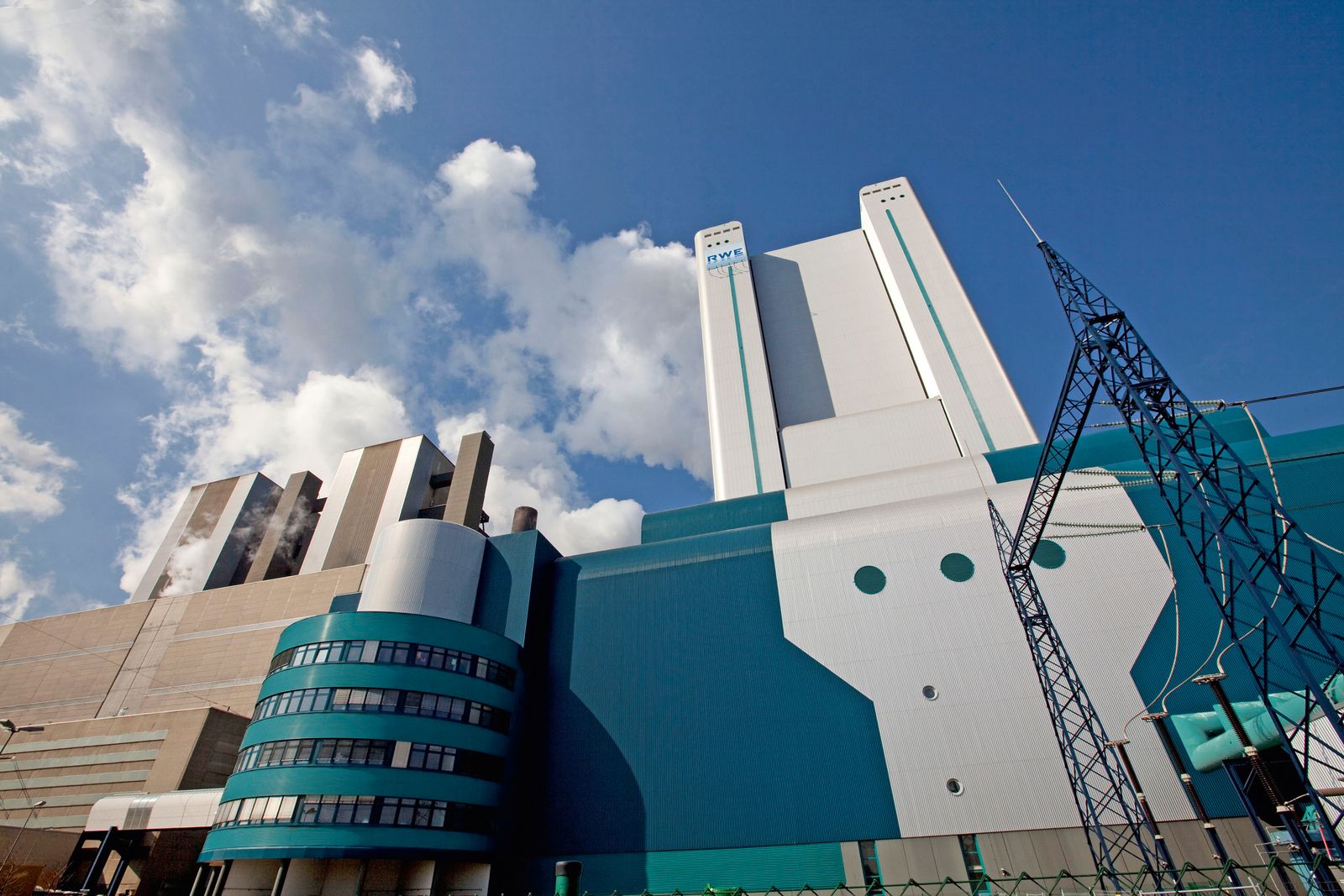 RWE's coal-fired power plant in Niederaussem could pave the way for the energy mix of the future.