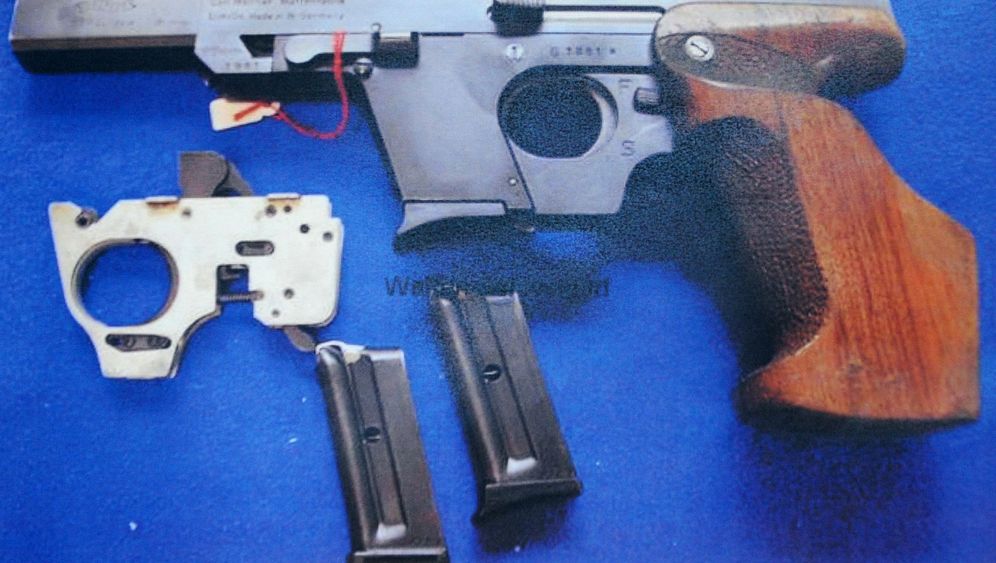 The woman who killed her five-year-old son, husband and a male nurse in the German town of Lörrach on Sunday before being shot dead by police had suffocated the boy with a plastic bag, police said on Tuesday following post mortems of the victims.

Investigators are still trying to determine what drove Sabine R., a lawyer, to commit murder and wreak havoc in the town near the German border with Switzerland and France.

Further details of her frenzied rampage were revealed on Tuesday. Police said she shot her estranged husband, a 44-year-old carpenter, with two rounds fired into his head and neck and murdered her son by first knocking him unconscious and then putting the bag on his head. The father and son were found lying next to each other on a bed in her apartment, police said.

"The child was found to have suffered massive trauma to the head from blows with an unknown object," the Lörrach police department said in a statement. "The child lost consciousness as a result. He was then asphyxiated with a plastic bag."

Police said the couple had separated in June and that the husband had custody of the son, who visited Sabine R. at weekends.

Unconfirmed media reports quoted neighbors as saying the husband had a new partner. An unnamed neighbor told Bild newspaper: "She seems not to have got over the fact that the son lived with the father. She had lost everything: her husband, her child and her home. But I would never have thought she was capable of something like this."

Prosecutors said Sabine R. had seemed "psychologically stressed" of late. She had a license for the gun she used, a German-made Walther GSP target shooting pistol, and had been a member of a gun club, police said. Some 300 rounds of ammunition were found on her.

The husband had evidently walked into a trap when he came to her apartment to pick up their son late on Sunday afternoon. After she had killed them both she poured highly flammable nitrocellulose paint thinner around the flat and set it alight as she left, causing an explosion and a fire that severely damaged the apartment block and left 15 people injured by smoke inhalation.

She then made her way to the nearby St Elisabeth Hospital where, according to media reports, she had had a miscarriage in 2004. She walked onto the grounds of the hospital and opened fire on passersby, injuring two.

Sister Xaveria, 70, a nurse at the hospital, told Bild about her chilling encounter with the woman. "I heard shots and looked out of the window. This woman was running towards the entrance. She had a gun. I immediately grabbed the phone and called the emergency services."

"When she came into the clinic she was quite calm. I only saw how she loaded her gun and then pointed the barrel straight at me. All I could do was duck. I hid under the table and stayed there until the police arrived." Sister Xaveria won praise for alerting the police so quickly, which may have saved lives.

Sabine R. then walked up to the gynaecological ward on the first floor where a male nurse was just serving dinner to the patients. She killed him by stabbing him repeatedly in the chest and firing three rounds into his head and neck. The nurse was 56 and was married with three children.

By that time police had located her and a wild shootout ensued in which she hit one officer in the knee before dying in a hail of bullets. "She was hit 17 times in total," the police statement said.

The case has led to calls for tougher gun control laws. But the governor of the southwestern state of Baden-Württemberg, Stefan Mappus, said he saw no need for any changes and that shootings like the Lörrach rampage could not be prevented though legislation. "The hurdles to owning a gun legally in Germany are already relatively high," said Mappus.

But the German Police Federation (BDK) called for a new rule requiring gun owners to keep their weapons and ammunition separately. Gun enthusiasts "have no justified interest in keeping weapons and ammunition at home," said Bernd Carstensen, BDK's deputy chairman. Gun clubs should either keep the guns or all the ammunition of members under lock and key, he said.

The case is a reminder of the Winnenden shooting, which also happened in Baden-Württemberg, in which 17-year-old Tim K. went on a rampage at a German school killing 15 people and then himself last year. His father went on trial this month on charges he did not properly secure the 9mm pistol used in the attack. He is accused of having kept the gun in an unlocked bedroom wardrobe.