Investigators in Germany on Wednesday discovered the deadly EHEC strain of E. coli on food for the first time since the outbreak -- on a piece of cucumber retrieved from the garbage of a family infected with the bacterium.

A spokesman for the Health Ministry of the eastern state of Saxony-Anhalt said the pathogen was the same as the one that has caused 26 deaths and infected more than 2,600 people, most of them in northern Germany, since early May.

However, as the cucumber had been in the garbage bin for two weeks, it was impossible to determine conclusively where the bacteria came from and how it got into the trash, the spokesman said. He added that a member of the family of three had mentioned eating cucumbers before falling ill. The family had not visited northern Germany.

Health officials have warned against eating cucumbers, tomatoes, lettuce or sprouts. A warning last month that cucumbers from Spain might be the source of the outbreak was disproved.

Earlier on Wednesday, German authorities had said there were growing indications that bean sprouts delivered by an organic farm in Bienenbüttel first identified as a possible source on Sunday may indeed be a cause of the outbreak.

Health officials found two fresh clues that point to the farm near the town of Uelzen in northern Germany, the regional Consumer Protection Ministry of Lower Saxony said.

Ministry spokesman Gert Hahne said a total of 18 people infected with EHEC, the deadly strain of the bacteria, around the northern port city of Cuxhaven ate sprouts from the farm in a company cafeteria.

In addition, three female workers at the farm suffered from diarrhea in the first half of May, and one of them is known to have been contaminated with EHEC. Their work included packaging the sprouts.

The ministry spokesman said it was possible that one of the women accidentally "fed the pathogen into the operations of the company." Or they might have been infected with EHEC at the farm.

Reuters reported that a local doctor said a worker at the farm had become severely ill with E. coli and had part of her intestine removed. The 54-year-old woman developed bloody diarrhea followed by serious blood disorders.

Anton Schafmayer, a doctor who operated on her, said she had eaten the sprouts. "It went very fast. Such a pace is very rare," he told Reuters. "The surgery probably saved her. We removed a large part of the lower intestine."

The Lower Saxony ministry spokesman said that despite the additional clues pointing to the sprout farm, it was still possible that the nationwide epidemic stemmed from several sources.

Four company canteens and three restaurants where people caught EHEC are now known to have been supplied by the Bienenbüttel farm -- infecting about 100 of the more than 2,600 EHEC patients in Germany. So far, no EHEC bacteria have been found at the farm.

'The Worst May be Over'

German Health Minister Daniel Bahr said the number of new infections had declined, but that there was no reason to sound the all clear. The death toll in Germany rose by one to 25 on Wednesday. One other patient has died in Sweden.

There is cause for optimism "that we're over the worst," Bahr told a news conference after a meeting of health officials in Berlin on Wednesday. But he added: "Sadly we can't rule out that there will be further deaths."

Hamburg's state health minister, Cornelia Prüfer-Storcks said: "We are seeing the first patients discharged, others are getting much better, so the first glimmers of hope are on the horizon".

Consumers remain deeply cautious and are shunning a wide range of fruit and vegetables -- not just the sprouts, raw tomatoes, lettuce and cucumbers mentioned by health officials as possible sources.

Sales of strawberries, radishes, carrots and broccoli are down sharply. Tomato sales fell by almost 50 percent in the second half of May, with a 60 percent slump in lettuces, the Agricultural Market Information service said. Radishes and strawberries were down by a third.

Consumer Protection Minister Ilse Aigner again defended the government's handling of the crisis on Wednesday in the face of growing criticism in Germany and abroad that the disease control system is too slow and too fragmented.

"The system is working," she said. "The national government and regional states are pulling together." 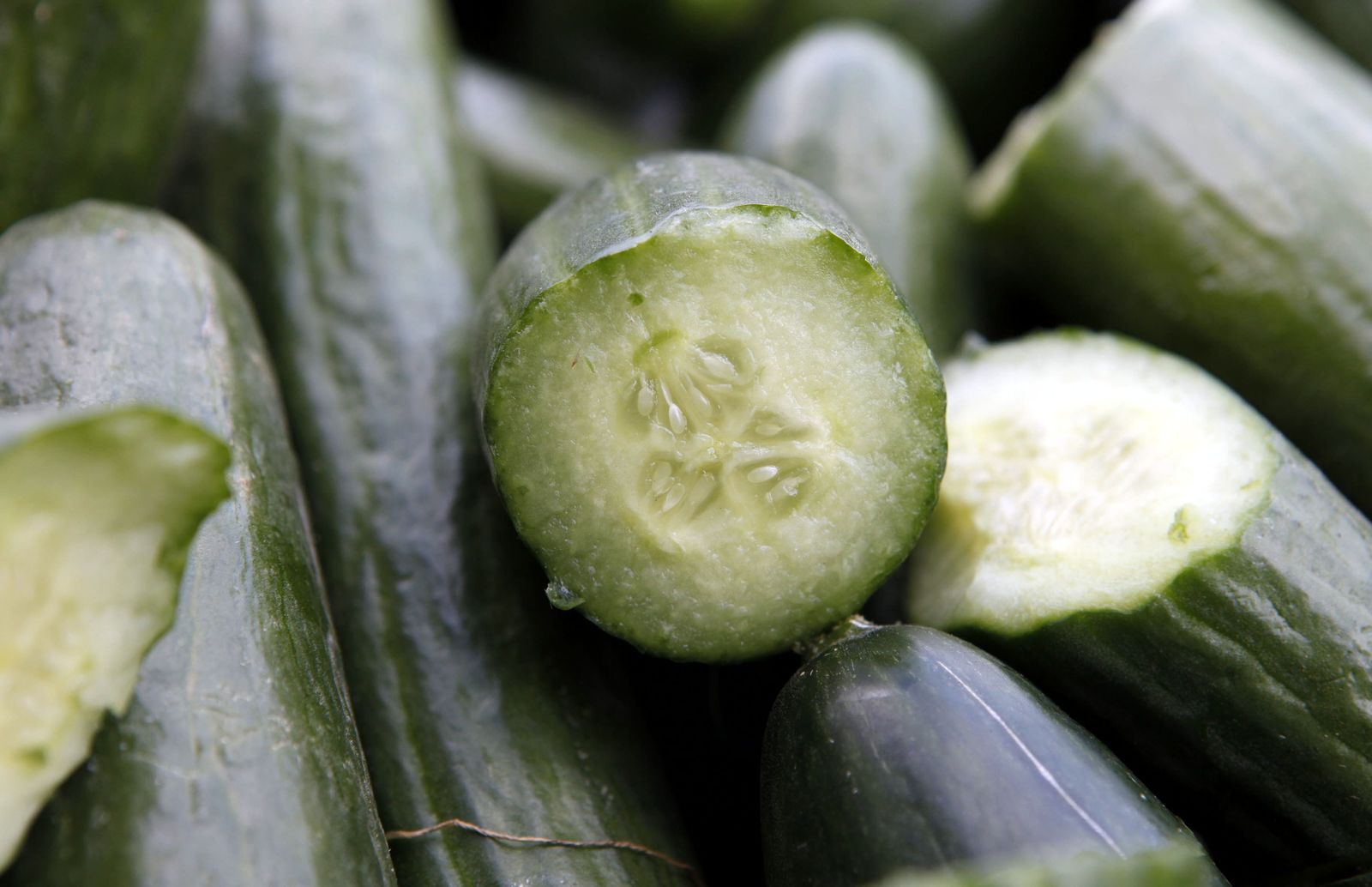 Suspicion has fallen on cucumbers again following the discovery of an infected cucumber in a garbage can in Magdeburg.