A young man dies in an accident. Though he is brain-dead, many of his organs are useful and could be transplanted to desperate patients waiting on long lists for an organ donation. Will this man's organs be harvested and sent to one of these critically ill people?

In Germany, the answer is probably no. While Germans are in favor of donating their organs in principle, few have made the move to do so, frustrating government officials who are trying to get the organ donation figures up.

Ask an average German if he or she would donate, and some 70 percent say "yes," organ donor experts say.

But only 25 percent actually have the required donor identification papers that would allow a physician to take a needed organ in the event of a documented brain death, said Marita Völker-Albert, spokesperson for the Federal Center for Health Education (BZgA), a government agency that is promoting organ donation.

The subject has come up again -- in full force -- in the debate surrounding a new law aimed at increasing awareness and making it easier to become a donor. The bill has already passed both houses of of the German parliament, and is expected to be wrapped up on July 1 and to take effect four months later.

Germany's organ donor rate is less than half of what it is in Spain, the leading donor country, according to 2010 figures provided by the German Organ Transplantation Foundation (DSO).

Germans have a lot of reasons why they don't want to donate organs, according to a 2010 survey published by the Federal Center for Health Education. Some 62 percent of those surveyed said they did not want to make a decision now on donating organs; one-third of respondants said they don't want to deal with topics related to death; and another third said they are worried that if they agree to donate, and then become critically ill, doctors won't do everything they can to save them.

Federal Health Minister Daniel Bahr says he is determined to provide Germans with more information about why they should donate their organs. The new legislation would require hospitals and clinics to have transplant advisers who can reach out to family members of the injured or deceased, and ask them what the person's wishes were.

Germans who want to donate -- and even those who don't -- can fill out a donor ID card and carry it around with them. The small card is available at drugstores and the country's statutory health insurers can now send them out routinely, reminding their customers of the chance to be an organ donor.

Potential donors can indicate that they agree to have all their organs donated, or they may specify which organs are not to be donated or which ones they specifically want to donate. They can also choose not to donate, or they can designate someone who should decide for them in the event of a brain death.

Neighboring Austria is not so considerate. There, as well as in Spain, everyone is considered an organ donor unless they specifically say they don't want to be one.

"We don't want to force our citizens on such an ethically sensitive question as organ donation," said Roland Jopp, a spokesman for the federal Health Ministry. He said the solution used in Austria and other countries "wasn't even discussed because we knew it would not get support."

Germans appear appreciative of having the chance to make a decision, but some are still unsure if donating is a good idea.

"I don't have an organ ID card," wrote one person in an online forum about the topic. "Somehow, I'm afraid that my organs would be transplanted into a nasty person and I don't want that."

Another questioned whether doctors would give their all to save someone who had an organ donation card.

"After all, the organs of one person could be used to save many other lives. Maybe I'm only paranoid," writes the contributor, who does have an donor ID.

Other participants in the online forum were very much in favor of organ donation, but experts note that while wanting to donate is a good idea, a physician can't harvest organs unless there is permission.

Whether the hefty discussion and publicity surrounding organ donation will have an impact remains to be seen. The German Foundation for Organ Transplantation plans to conduct a survey sometime after the law takes effect to see if there are any changes in Germans' willingness to donate. 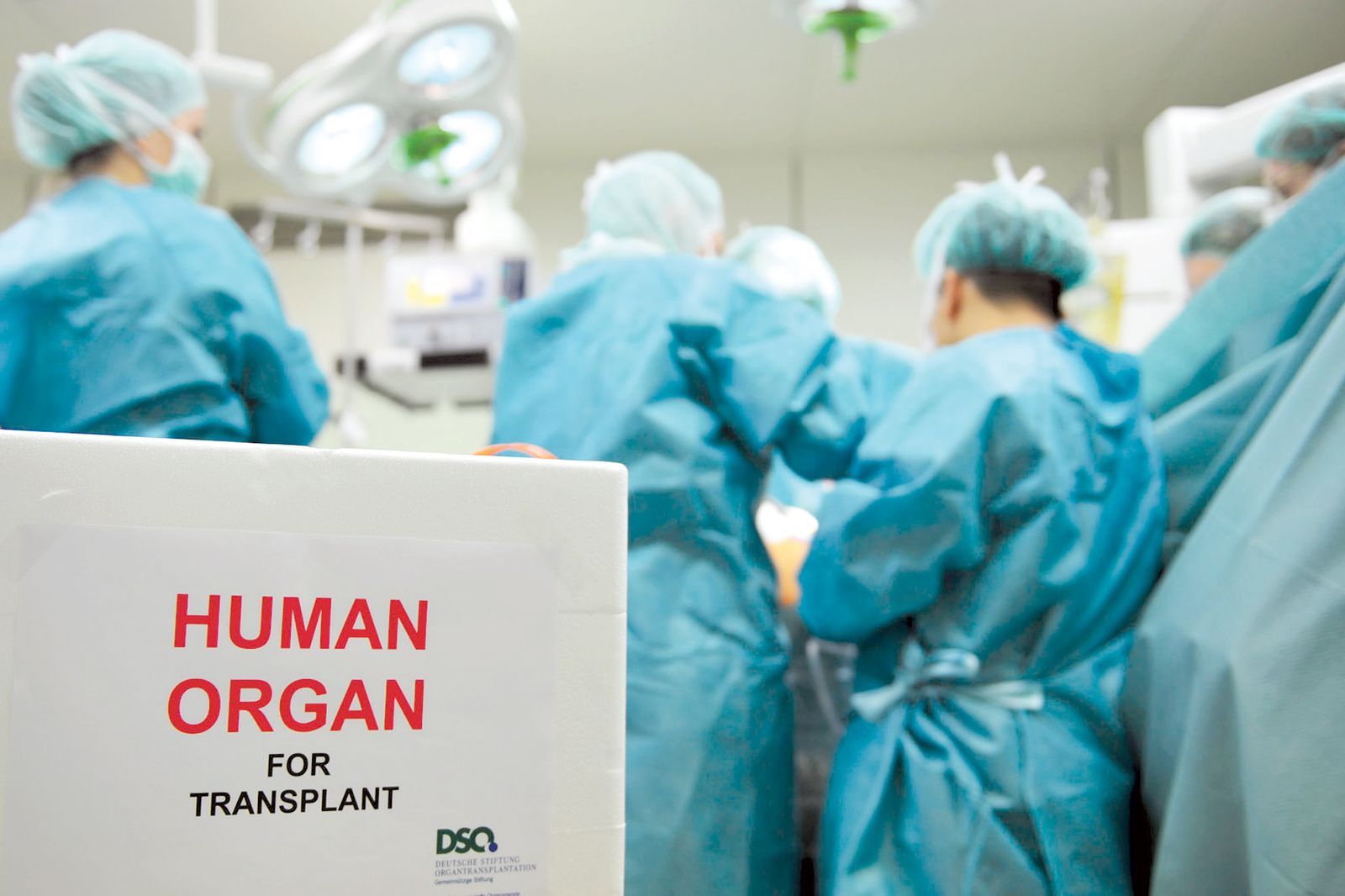 A new German law aims to increase awareness and participation in organ donation.