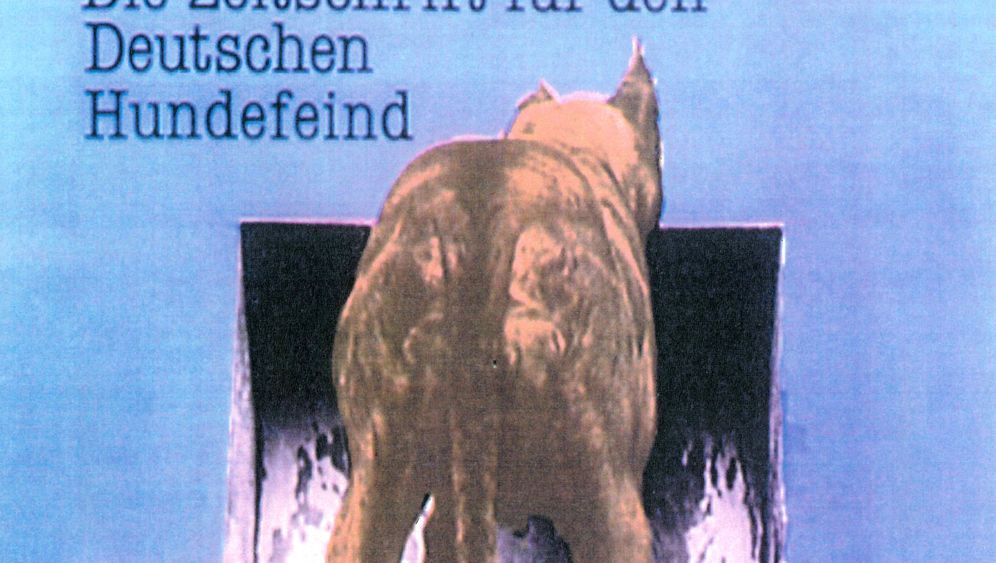 If Wulf Beleites is to be believed, there is a growing rift in Germany. Not between women and men, or the east and west, but much deeper than that. It's the divide between dog lovers and dog haters, he says.

The arguments on both sides have long been discussed: Dogs increase their owners' well-being and are ideal companions and friends, say dog lovers. Dogs smell, make noise and mess, and are potentially dangerous, say opponents.

Beleites has taken a public stand in order to shift what he perceives as a journalistic imbalance. A glance at a newsstand shows dog lover magazines are well represented in the German media landscape. There is Dogs Today, Der Hund ("The Dog"), Partner Hund ("Partner Dog"), Dog's Avenue, Mein Hund & Ich ("My Dog and Me"), SitzPlatzFuss ("SitStayHeel"), and Dogs, just to name a few.

On the other hand, there are plenty of people in Germany who can't stand man's best friend. But they lack a platform to express their displeasure -- and that is where Beleites wants to help. The journal he plans to launch is called Kot & Köter, which roughly translates as Poop & Pooches. It has a subtitle that reads, "The magazine for dog haters." If it succeeds, it will provide a counterbalance to the many journals for dog lovers.

Piles of Poop in Playgrounds

Sitting in his office in the Eimsbüttel district of Hamburg, Beleites is surrounded by ideas for the magazine hanging on his bulletin board. They are about costs, advertising, staff, marketing, backing, Twitter, and mailing lists. Belietes works here on his dream magazine, for which he essentially acts as editor-in-chief, provocateur and satirist all in one. The 66-year-old deliberates for a long time before he speaks.

"I am not a dog lover, I am not a dog hater," he says. But he is probably closer to the latter. When he was a kid, he was bitten by his grandfather's Pomeranian. "As children we were terrified of the dog," he says.

Today, what annoys him is piles of dog poop in school yards, pedestrian areas, and playgrounds. The magazine is a manifest against the absurd increase in the anthropomorphism of dogs, according to Beleites. But he does not see himself as a fanatic. "I would always announce my aversion to dogs with a wink and a nod," he says.

From a Bar to TV Talk Shows

Beleites is aware that these kinds of jokes may fail to amuse a lot of people. In Germany, there are around 5 million dogs, although nobody knows the exact number. Some 10 million people live in households in which there is at least one dog. That is a considerable number of people who Beleites could upset. By way of comparison, Germany's national soccer association, the DFB, has barely 7 million members, and auto club ADAC around 16 million.

But Beleites is not worried. He knows what he's getting into. He has already experienced the outpouring of indignation which could be expected, because the idea is already more than two decades old. In 1992, he was sitting with some friends in a bar and reflecting on which "overdue and superfluous" magazine the German market could benefit from, and after a few beers Kot & Köter was invented. Beleites trademarked the name, which was mainly meant as a gag, but then it took on a life of its own.

There were calls from radio stations, newspapers and TV stations. From 1992 until 1998, he appeared as the editor-in-chief of Kot & Köter on German talk shows -- without ever publishing an issue. Beleites bristled with supposed expert knowledge, including an invented formula for the amount of excrement a dog produces: "Body weight times three divided by 50."

Soon he was charging 1,000 instead of 500 deutsche marks for an appearance, because he realized that by playing the role of the wicked dog hater, he gave talk shows the drama they needed. "For me, it was a laugh every time, but it was also hard work. I had to play a role and concentrate on it."

'You Can Make Money with Every Crazy Idea'

If Beleites went to breakfast in the hotel with other talk show guests, he was met with an icy silence. He received anonymous threats, and was afraid when he left the house with his small children. After six years, he lost interest and divulged the scam.

His foray into the talk show world taught him two things. First, nothing was researched. It was neither here nor there whether a story was true or not, but about creating clearly defined good and bad sides to a popular issue. The second lesson was that "you can make money with every crazy idea."

Now, Beleites wants to help the crazy idea of a magazine for dog haters achieve a journalistic breakthrough -- and this time, he insists, he is serious. He has started an appeal for donations on the journalism crowdfunding website Krautreporter with the aim of raising €7,000.

If that succeeds then he will produce the pilot edition of Kot & Köter, for which he would like to use the front pages he designed in the 1990s, which still carry a sale price of 7.80 deutsche marks.

'There Are Enough Dog Haters'

He wants Kot & Köter to be "aggressive, funny, pseudo-serious and satirical." He also wants it to appeal to enough people to support the production of four magazines a year. Around 5,000 subscribers would be necessary to finance that.

The deadline for donations on Krautreporter is Nov. 25. By Tuesday evening, the total was just €375, though Beleites remains optimistic. He hasn't done any market research, but he is convinced nonetheless: "There are enough dog opponents, dog enemies and dog haters who would be pleased if there were a magazine for them."

That's what he wants to show himself and the industry. Beleites has been a journalist for decades and he currently also a board member of the German Journalists' Union. He wants to prove that, amid the "wailing about the death of print media," it is still possible to establish a new magazine.

He likes a basic formula: It's possible to make money out of shit if you use it well.