It is no cause for wild celebration -- but nor is there much reason to complain. According to Klaus Bade, a leading German researcher on immigration, the co-existence of ethnic Germans and immigrants is often unjustly portayed in a negative light. But a study released this week in Berlin by the immigration think tank that Bade chairs, refutes some of these criticisms. On Wednesday, the Expert Advisory Board for Integration and Migration (SVR), which was founded in 2008 by eight major foundations involved in social and political advocacy and research, released its first annual report.

The report contains what the board calls the Integration Climate Index (IKI) which basically takes the temperature of relations between ethnic Germans and immigrants. The forecast, according to the SVR? Sunny and warm.

"Despite some problematic areas, integration in Germany is a social and political success," Bade said at the launch of the report. "Compared to other nations, things are actually a lot better here than they are reputed to be inside the country."

To get these results, over 5,600 people, both from Germany and elsewhere, were surveyed for their thoughts on integration and migration. The survey focused mainly on what the former West Germany -- around 91 percent of all migrants live in the west. There around 14 million people have a migrant background, and 6 million of those still have foreign citizenship. The former East Germany was not included in the study because the number of migrants living in the east is significantly lower, just 800,000. The German capital Berlin was also excluded because high unemployment among the city's immigrants makes it a special case requiring different research methods.

The final result of the survey in western Germany, though, was cautious optimism. On a scale of zero (very bad) to four (very good) the ethnic German populace's attitude toward integration registered at 2.77 for 2009. The immigrant population's attitude registered higher, at 2.93.

Additionally every second non-migrant person surveyed felt that integration policies had improved over the past five years. Those with an immigrant background felt similarly, with around 48.2 percent believing there had been improvement. Around half of all of those surveyed (both immigrant and ethnic German) expected things to continue to improve.

Not All Sunshine: Areas of Potential Conflict Still Exist

Integration is not about fundamental questions of principle, Bade explains. It is much more about practical, every day issues -- such as unemployment, better chances for education and promotion and the fight against discrimination. And these things are of concern to both ethnic Germans and immigrants alike. "The person on the street does not pay any attention to the thunder and lightning of the discussion going on in the media. They just get on with their lives," Bade said.

The overwhelmingly positive results do not mean, however, that there are no problems with integration in Germany. Education was one area of potential conflict because parents from both groups were of the opinion that schools where there were a lot of migrant students could not be as efficient as schools where most of the students were ethnic German.

The satisfaction that those surveyed had expressed could also be endangered by the rising cost of the financial crisis. According to the integration experts, when local resources -- such as jobs, for example -- became scarcer there was potential for an "ethnic component" to creep into the fight to allocate said resources.

Bade also pointed out that the optimistic outcome of the survey was not a result of any political measures. Rather he felt it was the outcome of a long, slow process. In the past politicians had either reacted too late or reluctantly when it came to integration issues, Bade said. And it was only in the past 10 years that integration had become an important subject in German politics and society. 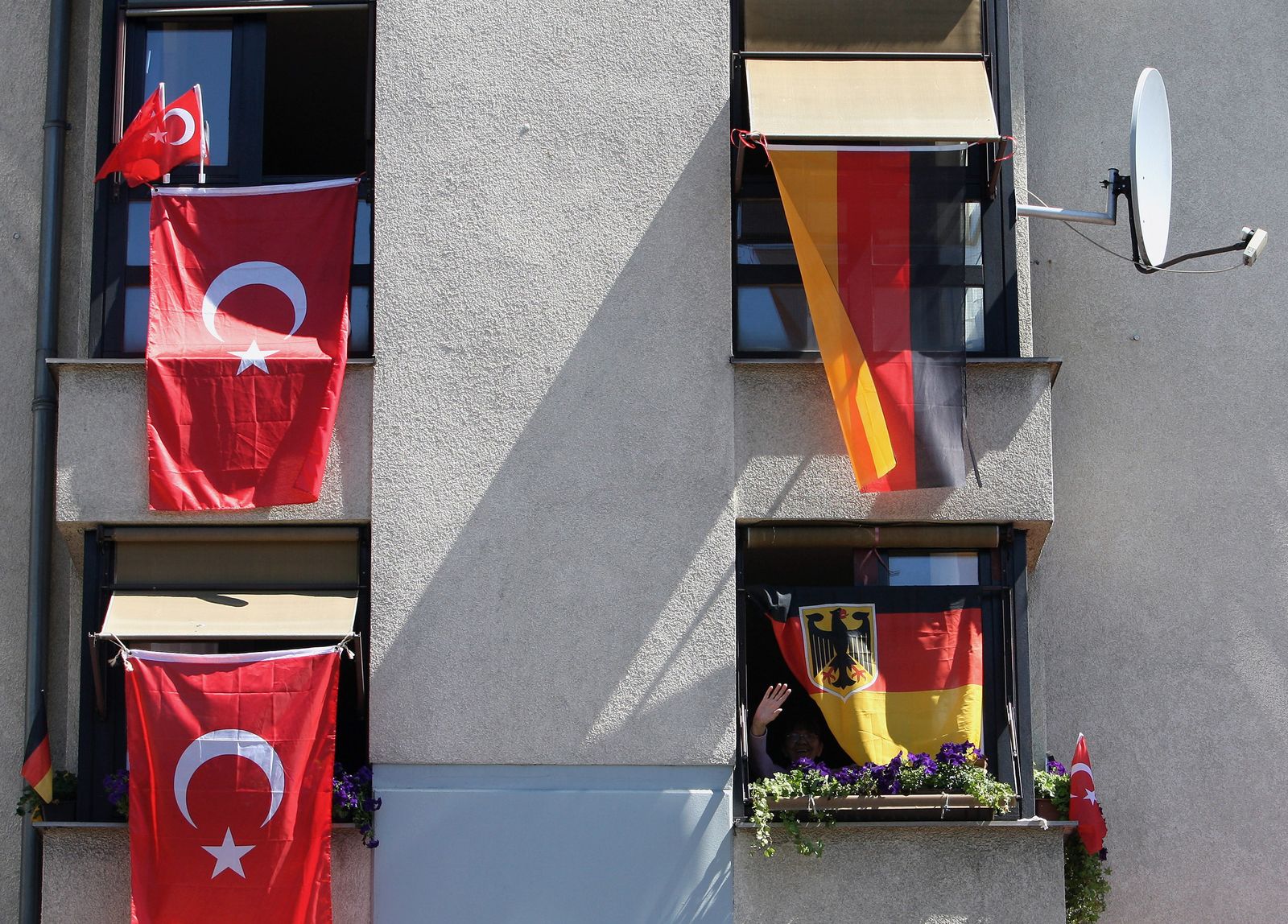 Turkish neighbors: But Germans don't mind as much as everyone thinks they do.