The anti-euro party "Alternative for Germany" (AfD) was officially founded just a few weeks ago, but it has clearly struck a nerve: It already numbers 10,476 members, SPIEGEL has learned -- some 2,800 of which have switched allegiance from Germany's established parties.

As elections loom later this year, Alternative for Germany is making waves with an agenda that includes dissolving the euro currency zone and returning powers from Brussels to EU member-states. Although a survey released on Tuesday showed the party's support is currently barely nudging 4 percent, its rapidly swelling ranks could end up significantly altering the country's political landscape.

The numbers are so far not particularly threatening to the country's largest parties. Just over 1,000 of AfD's freshly minted members previously belonged to Chancellor Angela Merkel's Christian Democrats, while Germany's largest opposition party, the Social Democrats, have seen 558 members defect.

But the threat to smaller parties, particularly the CDU's junior coalition partner, the pro-business Free Democratic Party, is more acute. The FDP has lost 587 members lured by the AfD's slogan: "Straight talk instead of S€datives".

In the state of Hessen, home to Germany's financial capital, Frankfurt, the FDP has even lost a seat in the regional parliament. Just this week, Jochen Paulus switched parties from the FDP to Alternative for Germany, thereby becoming its first representative.

The FDP is particularly sensitive to the dangers posed by the AfD given its own struggles in attracting voters in recent months. And should it not manage to cross the 5 percent threshold it needs to enter the federal parliament, the Bundestag, Merkel could be left without a coalition partner in September.

It is obviously a concern for the business-friendly FDP. At its party congress in Nuremberg last weekend, party leader and Economics Minister Philipp Rösler seized the opportunity to warn that the AfD's euro-skepticism would lead Germany into "economic ruin."

Meanwhile, the CDU's Bavarian sister party, the Christian Social Union (CSU) has seen 220 supporters migrate to the AfD; the Green Party has lost 106 members and the Pirate Party 142.

"There has definitely been some bloodletting among the established parties," observes AfD co-founder Bernd Lucke, a professor of economics at Hamburg University and himself a former member of the CDU. That's the good news. He's less pleased about the fact that 86 percent of the fledgling party's members are male.

They are indeed a clearly defined group. According to Kay Gottschalk, who recently co-founded the party's Hamburg chapter, they are first and foremost pragmatists. "I come across a lot of people in the AfD who have their feet firmly on the ground," he told the daily Süddeutsche Zeitung on Tuesday. "They are people who prove themselves every single day. They don't have time -- like the Greens -- to debate issues over tea all night long."

Alternative for Germany is also a party with an obvious geographic bias. With 1,946 new members in North Rhine Westphalia, Germany's most populous state is fast becoming an AfD bastion and looks all set to be the first state to clear the 2,000 member hurdle that will allow it to put up candidates for the parliamentary elections in September.

The party is almost as popular in Germany's two most prosperous states, Bavaria, where it counts 1,541 members, and Baden-Württemberg, where it has 1,368 members.

In contrast, the party is generating least interest in the poorer eastern states and Berlin, where it has attracted just 531 supporters.

But much could still happen between now and September. According to the Allensbach Institute for opinion and market research, Alternative for Germany has voter potential of 17 percent. 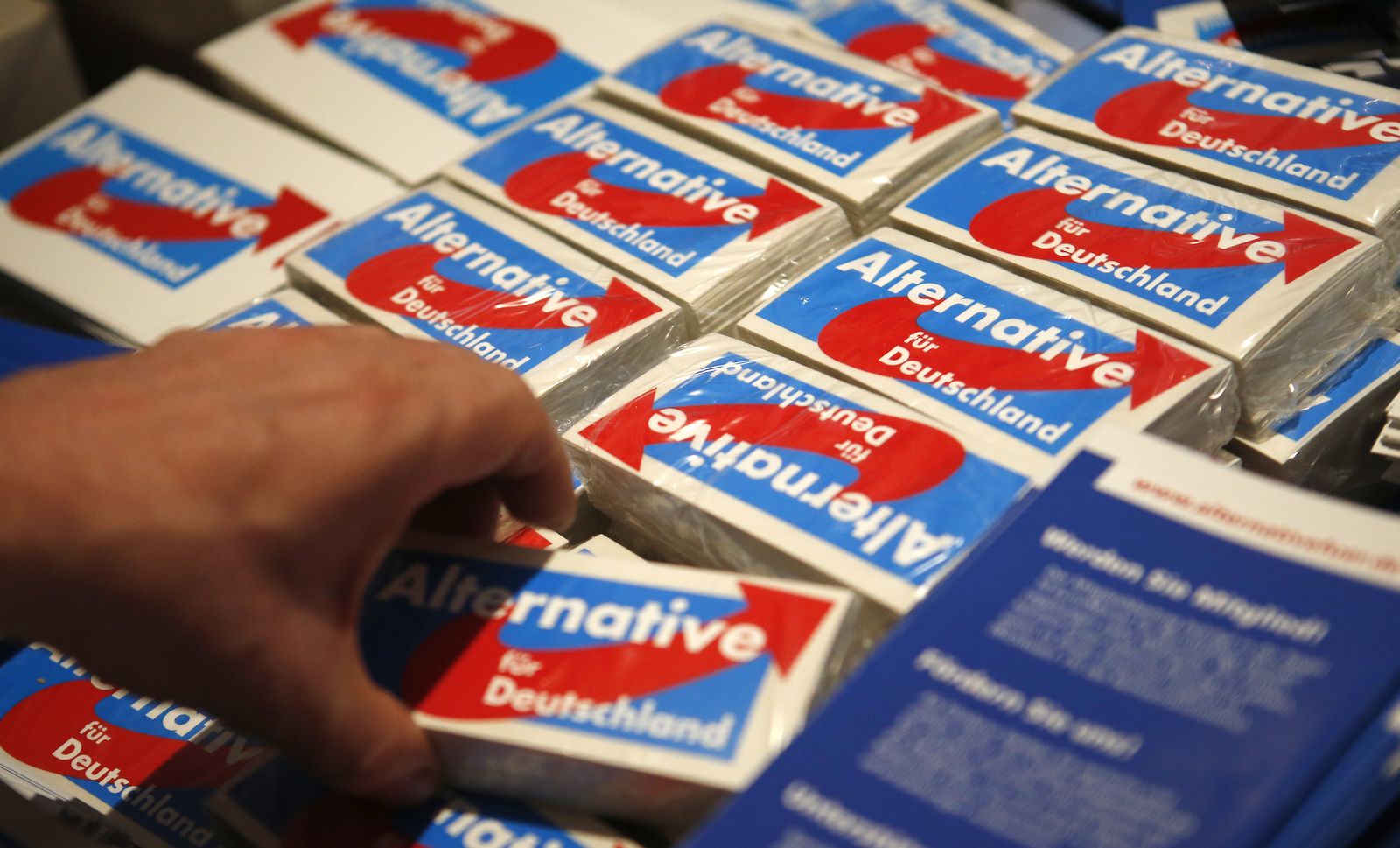