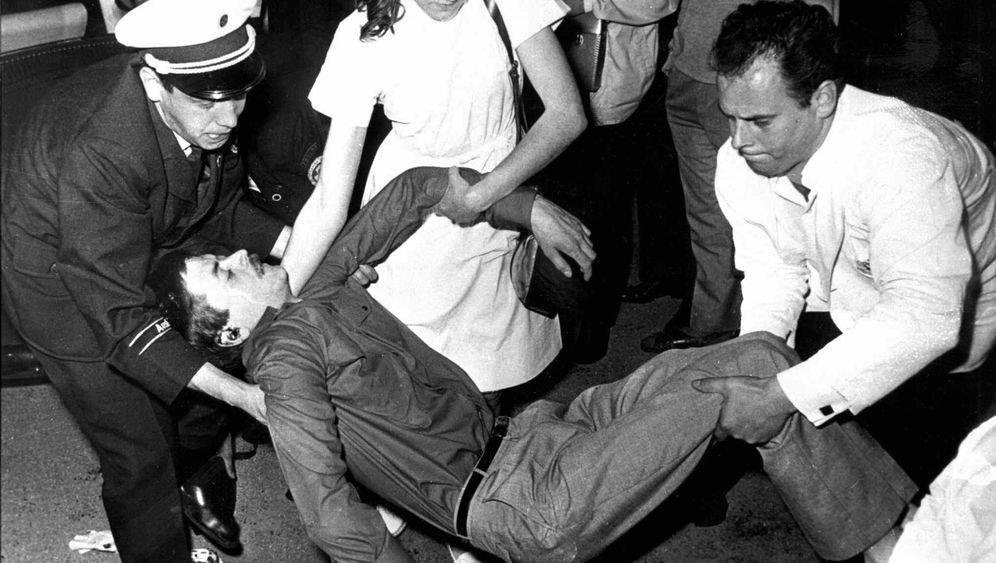 The West German police covered up the truth behind the fatal shooting of a student in 1967 to protect the policeman who fired the shot that changed the course of German history, according to new investigation conducted by federal prosecutors and by SPIEGEL.

Benno Ohnesorg was shot dead on June 2, 1967 during a demonstration against the visiting Shah of Iran. The incident triggered the 1968 protest movement and was one of the causes that led to the left-wing terrorist campaign that dogged Germany in the 1970s and 1980s.

New research indicates that the police officer who shot Ohnesorg, Karl-Heinz Kurras, was not acting in self-defense as he had said at the time. Kurras had insisted that he was being threatened by demonstrators brandishing knives.

A re-examination of film footage and news photos from that night, aided by modern image enhancement technology, has provided new insights into the case, though. One newsreel sequence shows a man calmly walking up to Ohnesorg with a pistol-shaped item in his hand. Investitators concluded: "The outlines suggest it was Kurras."

In addition, photos have come to light showing that Kurras's superior, Helmut Starke, was standing just a few metres away from Kurras shortly after the shooting happened in the courtyard of an apartment block in West Berlin. Starke had stated at the time that he had only seen Kurras well after the incident.

A further previously unknown photo shows Kurras resting his left hand on the shoulder of a police officer while firing with his right hand. The name of the colleague appears to have been kept out of the investigation files at the time. He was never questioned.

'Worse Than Our Worst Suspicions'

Three other police officers, who are believed to have carried on beating Ohnesorg even after he had been shot and lay dying, weren't questioned either. Their names remain unknown.

The most macabre cover-up happened at the city's Moabit hospital where doctors removed fragments of Ohnesorg's skull around the bullet wound and sewed the skin shut. The death certificate gave the following cause of death: "Skull injury through blunt force."

The doctor who issued the certificate told SPIEGEL that he "didn't do that based on my own conclusions but on orders from my boss at the time."

Hans-Christian Ströbele, a member of parliament for the opposition Greens, said he was shocked by the findings. "It is worse than our worst suspicions at the time, our imagination didn't stretch that far," said Ströbele.

He added that there were "sufficient grounds for suspicion that the shooting of Benno Ohnesorg was a premeditated act with the intention to kill."

However, the new information is unlikely to be sufficient for the case to be reopened.

Files discovered in 2009 showed that Kurras had been an informant working for the East German Stasi secret police at the time of the shooting.