The decision by the center-left Social Democratic Party (SPD) to open itself to a possible future alliance with the Left Partyhas unsettled coalition talks with Chancellor Angela Merkel's conservatives, and is a ticking time bomb that could topple her third government before the next general election, in 2017.

The SPD has until now ruled out forming a national government with the left-wing Left Party because it regards the latter's policy pledges as unrealistic. For example, the ultra-pacifist party, which has its roots in the communist SED party that ruled the former East Germany, wants an end to all foreign military missions, a ban on weapons exports, the withdrawal or destruction of all US nuclear missiles still stationed in Germany, and the dissolution of NATO.

A national alliance of the SPD and Left Party hasn't been taboo for just policy reasons. The SPD resented the Left Party for luring away thousands of voters disenchanted with the Agenda 2010 welfare cuts enacted by the last SPD-led government beginning in 2003. The animosity was worsened by the defection of former SPD leader Oskar Lafontaine to the Left Party, which he co-led until 2010. However, the two parties have governed together at the regional level.

Nevertheless, the SPD's party congress in the eastern city of Leipzig last week approved a motion to open itself to the option of a future coalition with the Left Party. It was a clever move that shows that SPD chair Sigmar Gabriel can match Merkel's famed political cunning. The leftist option will put the conservatives under pressure in the ongoing coalition talks with the SPD, and will keep that pressure up throughout their shared government.

Technically, the SPD, Greens and Left Party already have enough seats in the newly elected Bundestag, the lower house of parliament, to govern: They have 320 and they need 316 for an absolute majority, whereas the conservatives hold 311 seats. But no one expects the SPD to pull out of the coalition talks and team up with the Left Party in the near future. For that to happen, the Left Party would have to undergo a dramatic overhaul of its policies.

Until the middle of last week, the talks were surprisingly -- some would say eerily -- harmonious. The various working groups of conservative and SPD negotiators had agreed on an array of spending increases. But the announcement last Tuesday of the SPD's planned rapprochement with the Left Party has pierced that harmony like a shard of ice.

"It's outrageous," fumed Alexander Dobrindt, general secretary of the Christian Social Union (CSU), the Bavarian sister party to Merkel's Christian Democratic Union (CDU). The conservatives feel they can no longer trust the SPD. Will it pull out of the government at some point? Will it hold Merkel ransom during her third term? And what options will the conservatives have if the SPD does pull the plug? Some conservatives are now calling for the party to foster deeper ties with the Greens, their only possible partners if the SPD abandons them.

For the SPD, the grand coalition is the last stage before what it hopes will be the biggest shake-up in German politics since the SPD-Green government came to power in 1998, which ended 16 years of calcifying conservative rule under former Chancellor Helmut Kohl.

Even though many leading SPD members are trying to play down the importance of last week's decision, it will affect the everyday working of the upcoming coalition.

"I would urge Sigmar Gabriel to build contacts with the Left Party in the coming parliamentary term," said Jan Stöss, the head of the regional SPD organization for the city-state of Berlin. "The SPD's decision means the work isn't finished; it's only just begun."

It's also a victory for the left wing of the SPD, and a reward for its acceptance of coalition talks with the conservatives.

Gabriel's strategic coup took Merkel by surprise and has shaken her CDU. "The conservatives have made a lot of concessions on policies. So Gabriel should refrain from threatening us with the Left Party," said Günther Oettinger of the CDU, the EU's energy commissioner.

Leading CDU members are concerned that the SPD could pick any of the issues that have proven contentious in the current talks -- such as same-sex marriage, a gender quota in business or family policy -- and use them as an excuse to withdraw from the government during the next four years.

CSU leader Horst Seehofer is calling for a narrow coalition deal that defines all the planned policies and makes clear how they're going to be funded. Indeed, the conservatives want to avoid drawing up a list of desired policy measures whose financing is unresolved precisely because it would enable Gabriel to pick an issue as an excuse to let the coalition fail. Wolfgang Schäuble, the miserly CDU finance minister, would serve as a suitable bogeyman to rally the SPD troops against.

But the CDU's fears may be premature. It will take time for the Left Party to drop its radical pacifism and rebuild bridges to the SPD. Likewise, the party has grown accustomed to its leftist populism, an easy stance to take in opposition. Gregor Gysi, the parliamentary group leader of the Left Party, says it can't go on just catering for its own supporters, but needs to "offer comprehensible alternatives" for voters who back the SPD or the conservatives. He knows his party faces the most difficult chapter in its history.

Yet Merkel has more reason to be worried than her triumphant election win on Sept. 22 would have suggested. Her coalition with the SPD will have an overwhelming parliamentary majority, but her fate will be chained to an SPD leader who is already preparing the groundwork for the end of the Merkel Era. 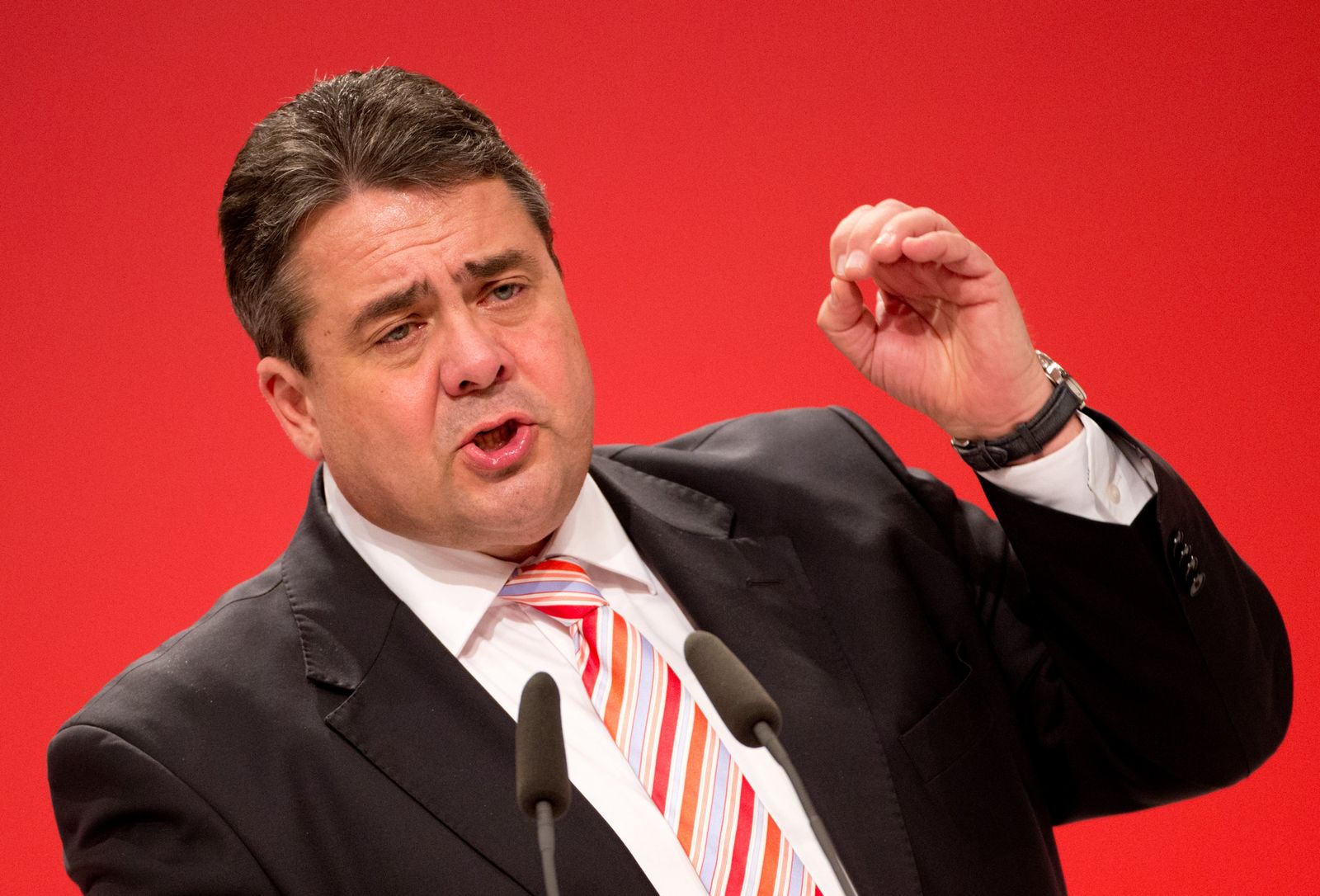 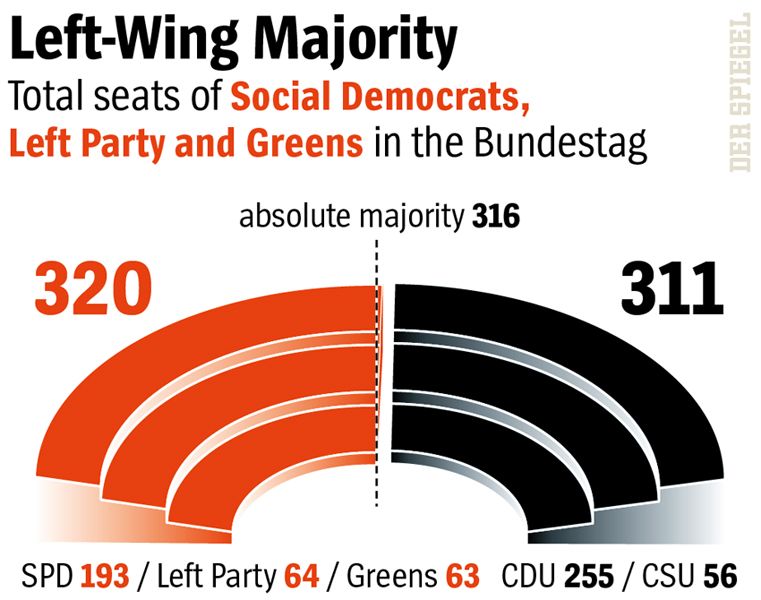 Left-wing parties have a narrow majority in the current German parliament.