A radical change is taking place in the German job market: Today's immigrants to Germany are better trained and have a higher level of education than native Germans, according to a study carried out by labor market researcher Herbert Brücker on behalf of the Bertelsmann Stiftung, a private think tank based in Gütersloh. Today, 43 percent of newly arriving immigrants between the ages of 15 and 65 have graduated from a university, a technical school or a graduate program, compared to only 26 percent of Germans without an immigration background.

The German public still largely believes that immigrants come primarily from low-skilled segments of the population, according to research done by the Nuremberg-based Institute for Employment Research (IAB).

The phenomenal success of a 2010 book characterizing immigrants as socially and economically detrimental to the country and calling for tightened immigration policies attests to the hesitance of the German public to open its doors. But, in reality, the social composition and qualifications of immigrants has drastically changed over the last decade.

The economic crisis and high unemployment, especially among young people, in many euro-zone countries have made Germany more attractive for foreign workers. According to the Federal Statistical Office, more than a million people moved to Germany in 2012 -- the largest influx since 1995. Many of these new arrivals are highly qualified.

The shift is potentially game-changing for the German labor market, which is facing major shortages. According to the Federal Employment Agency, demographic realities in aging Germany mean that the workforce will decline by 6.5 million people by 2025. The agency also cites studies indicating that there will be a lack of 2 million skilled workers by 2020 and a shortage of 5.2 million a decade later.

Germans are historically reluctant when it comes to promoting the kind of large-scale immigration that could compensate for this fall-off. According to a study released in February by the Organization for Economic Cooperation and Development (OECD), Germany continues to lag behind other industrialized nations, such as Australia, Britain, Canada and Denmark, when it comes to actively recruiting skilled workers from overseas. Yet there are signs that this is changing: The small town of Wunsiedel in Upper Franconia is one of several German municipalities that is now actively courting well-trained professionals who cannot find jobs in their home countries owing to the recession.

In its recent study, the Bertelsmann Stiftung calls for a strategic reorientation of immigration policy, adding that the influx from Southern Europe cannot be expected to continue unaided at its current level. "Going forward, Germany needs more skilled immigrants than ever before -- from non-EU countries, as well," said foundation board member Jörg Dräger. 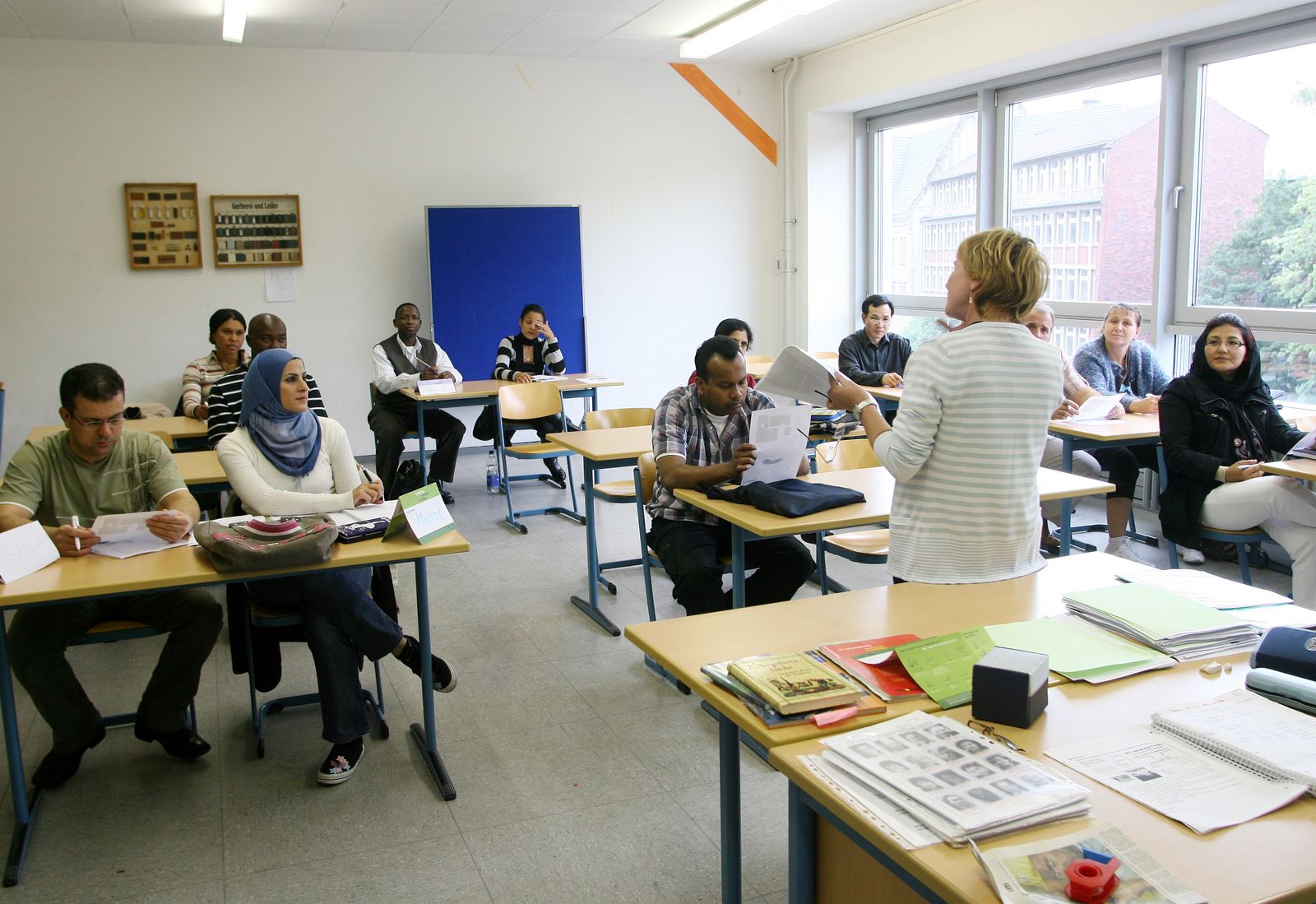 A German immigration course in Oberhausen.