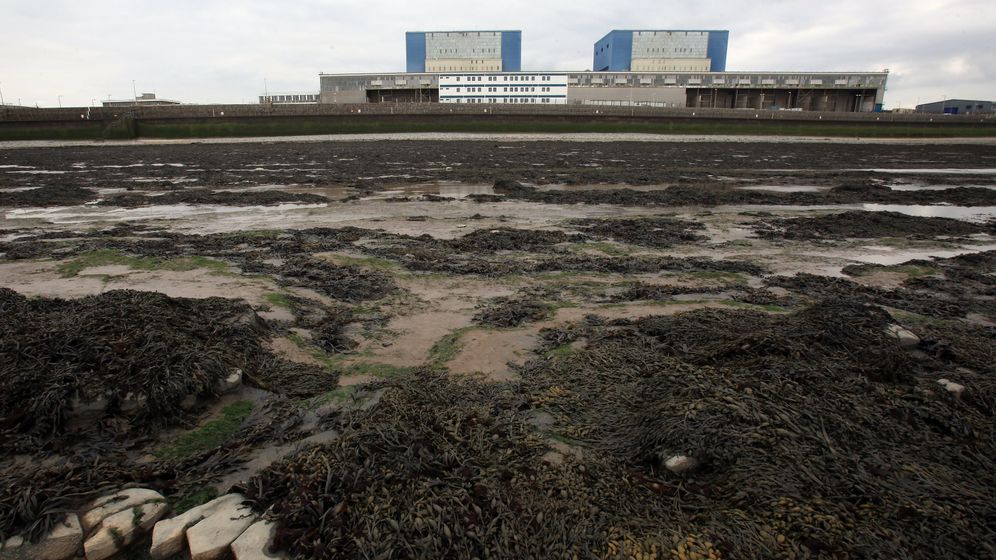 The United Kingdom's decision to build its first new nuclear power plant since the 2011 Fukushima meltdown in Japan has reignited a debate in Germany over the country's decision to close all of its 17 nuclear plants.

Claudia Roth, the deputy speaker of the German parliament and former co-chair of the Green party, calls the British government "crazy" for pushing ahead with the £16 billion (€19 billion) construction of a new nuclear reactor at Hinkley Point in Somerset, England.

The UK is starting work on the new reactor, due to open in 2023, as Germany continues to pursue its so-called Energiewende, a project that aims to shut down all nuclear plants by 2022.

"How can one build new nuclear plants when all the world understood, or should have understood, that Fukushima was not an exception but a part of the industry?" asks Roth.

"Fukushima proved that (the 1986 nuclear catastrophe in) Chernobyl was not an exception unique to old Soviet plants but a fact of the industry. If Japan cannot even guarantee safety it is totally irresponsible to build new plants," says Roth. "I don't understand why Britain is doing this… the government is really crazy."

However, workers at the Krümmel nuclear plant in the German city of Geesthact, near Hamburg, complain that Germany is making an expensive commitment to go nuclear free, while other countries are increasing investment in nuclear.

"Germany is wasting billions of euros by closing down good plants with good safety records," says Marko Pick, a firefighter at the Krümmel plant. "It is a waste of money, especially when other countries aren't following us."

Sandra, a chemical assistant at Krümmel, who declined to provide her last name, accuses the German government -- under the leadership of Chancellor Angela Merkel's center-right Christian Democratic Union -- of rushing to close down nuclear plants before investing sufficiently in renewable alternatives.

"We do not have enough wind and solar capacity, so we are running more fossil fuel plants, which are much worse for the environment (than nuclear energy), and this is meant to be a green policy," she says. "Nuclear is dangerous, but there are dangers in everything and Germany is known for having the strictest controls."

Germany, Sandra suggests, may be putting itself at a competitive disadvantage, particularly as countries like the UK and Turkey are in the process of building new nuclear plants. "If something happens the fallout and the horror will not stop at the border," she says.

Krümmel gained notoriety following a series of accidents that led the plant to being dubbed the "Krümmel Monster."

The plant, owned by Swedish power company Vattenfall and Germany utilities company Eon, caught fire in 2007 when a transformer short-circuited. The fire did not reach the reactor, but the plant was shut down immediately to allow for an investigation by the company and German officials.

More than €700 million ($960 million) was spent on repairs and new state-of-the-art technology at Krümmel and at a similar Vattenfall plant nearby. The Krümmel reactor was turned back on in 2009, but within days another transformer short-circuited.

Millions of additional euros were subsequently invested in yet more new safety techniques at the plant. It was set to reopen in March 2011, just as a tsunami and earthquake triggered the devastating Fukushima meltdown.

Moving away from nuclear had long been a key demand for the German Green Party, and CDU support for the Energiewende led to exploratory coalition talks between the parties following September's national election. But Roth says the CDU's failure to provide concrete answers on the timescale of the switch from nuclear to green energy was one of the main reasons the Green's pulled out of the talks earlier this month.

Representatives of the nuclear industry, which supplied more than a quarter of Germany's power before the 2011 policy shift, argue the government is wrong to close down nuclear plants that cost billions of euros to build and have years of life left in them. The government has already closed down eight older plants, while nine more modern plants are expected to be shuttered by 2022.

Nicolas Wendler, spokesman for the German Nuclear Forum, the industry trade body, calls the government's decision to phase out nuclear "illogical" and "emotional, rather than practical".

"We are totally convinced that our nuclear plants are operated safely," Wendler says. "European Union stress tests show that German plants are among the safest in the EU. The arguments for the closure are not based on safety, it is political."

The owners of Germany's nuclear plants -- Eon, Vattenfall and German utilities company RWE -- are suing the government for about €16 billion in compensation for the enforced plant closures, which the industry claims were "unconstitutional."

The legal battles, which are winding their way through the German courts and the World Bank's International Center for Settlement of Investment Disputes in Washington, D.C., are not expected to be resolved until 2015.

Meanwhile, many of the people living in the shadow of Krümmel say they would rather live with the nuclear risk than soaring bills.

A green energy levy on energy bills, which is used to fund the Energiewende, has risen five-fold since 2009 to 6.24 cents per kilowatt-hour starting next year -- adding an annual average of €34 to German household utility bills. German energy bills are already the third-highest in the EU after Denmark and Cyprus, according to Eurostat.

The tax is expected to bring in €23.6 billion next year, which will help support the German government's goal of producing 80 percent of its electricity from renewables by 2050. Currently, 23 percent of German electricity comes from renewable sources, compared with 4 percent in the UK.

Higher bills and the threat of compensation pay outs are the "price we have to pay if you want to stop these terrible dangerous things," says Roth. 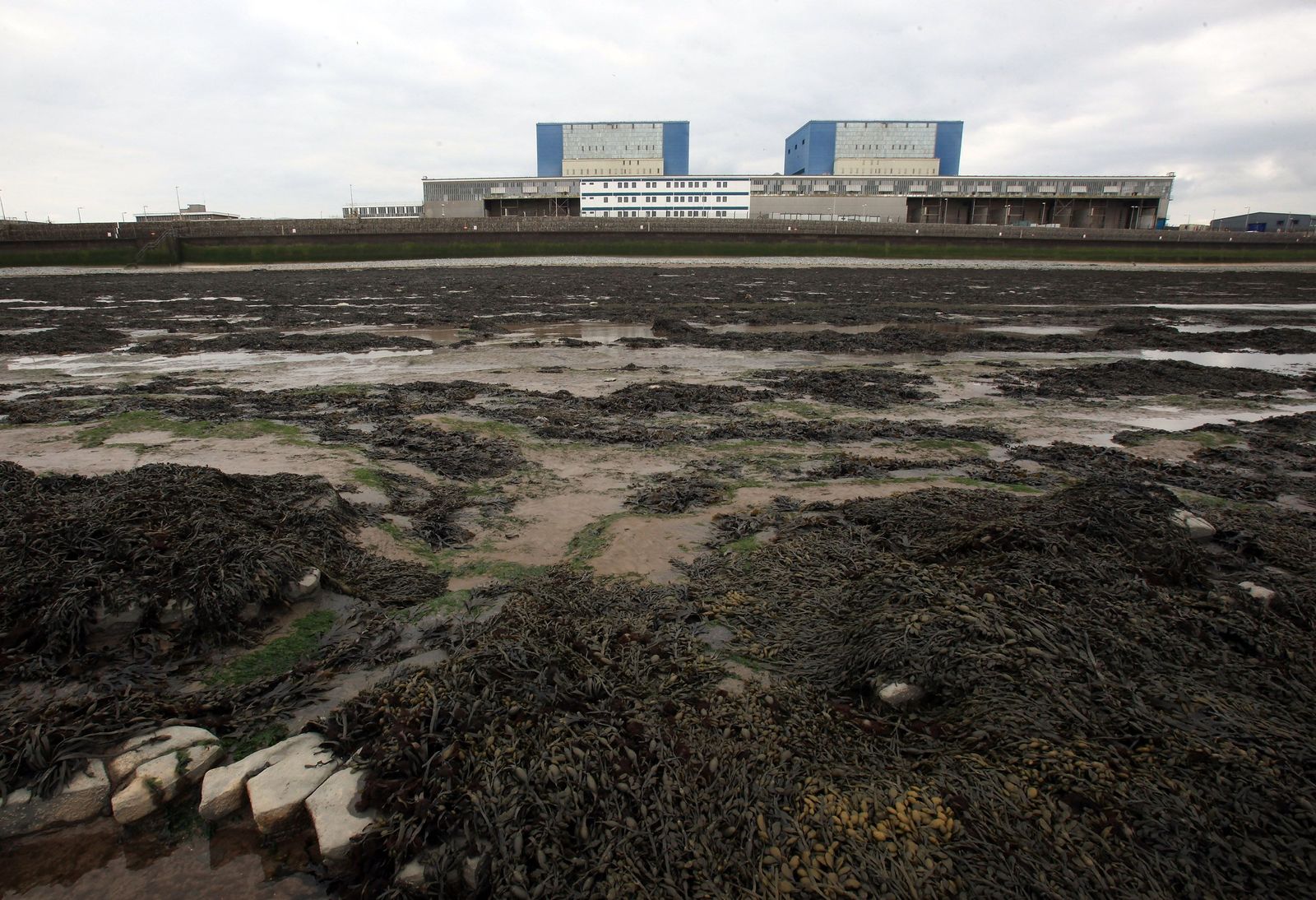 The United Kingdom recently decided to build its first new nuclear power plant since the 2011 Fukushima disaster in Japan. The new reactor will be located at Hinkley Point in Somerset, England. Shown here: The old Hinkley Point power station. 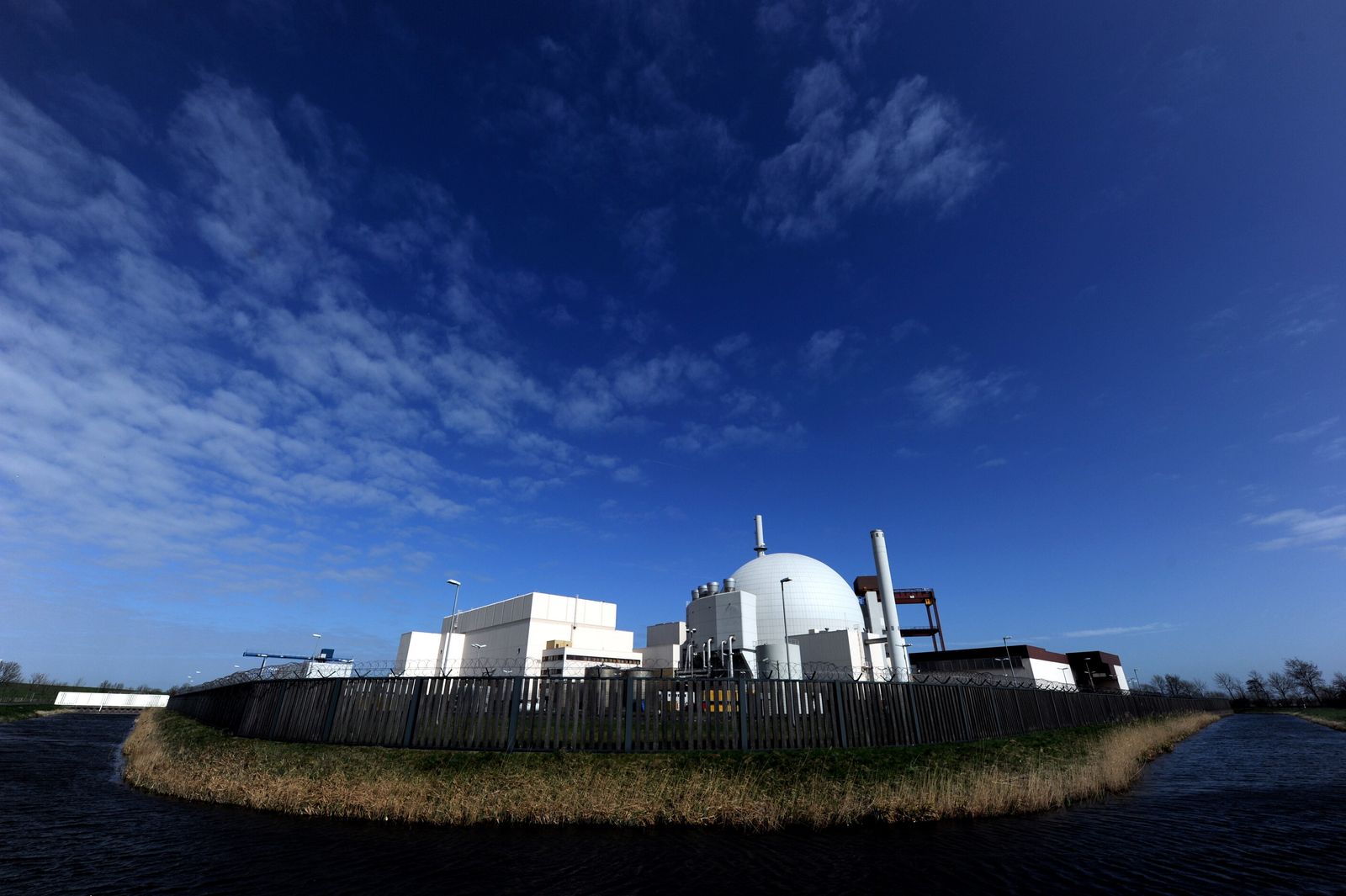 In the wake of the Fukushima tragedy, Germany embarked on its so-called Energiewende, a move away from nuclear and toward renewable energy. The project aims to shutter all German nuclear plants by 2022. Pictured: The nuclear plant near Brokdorf, Schleswig-Holstein. 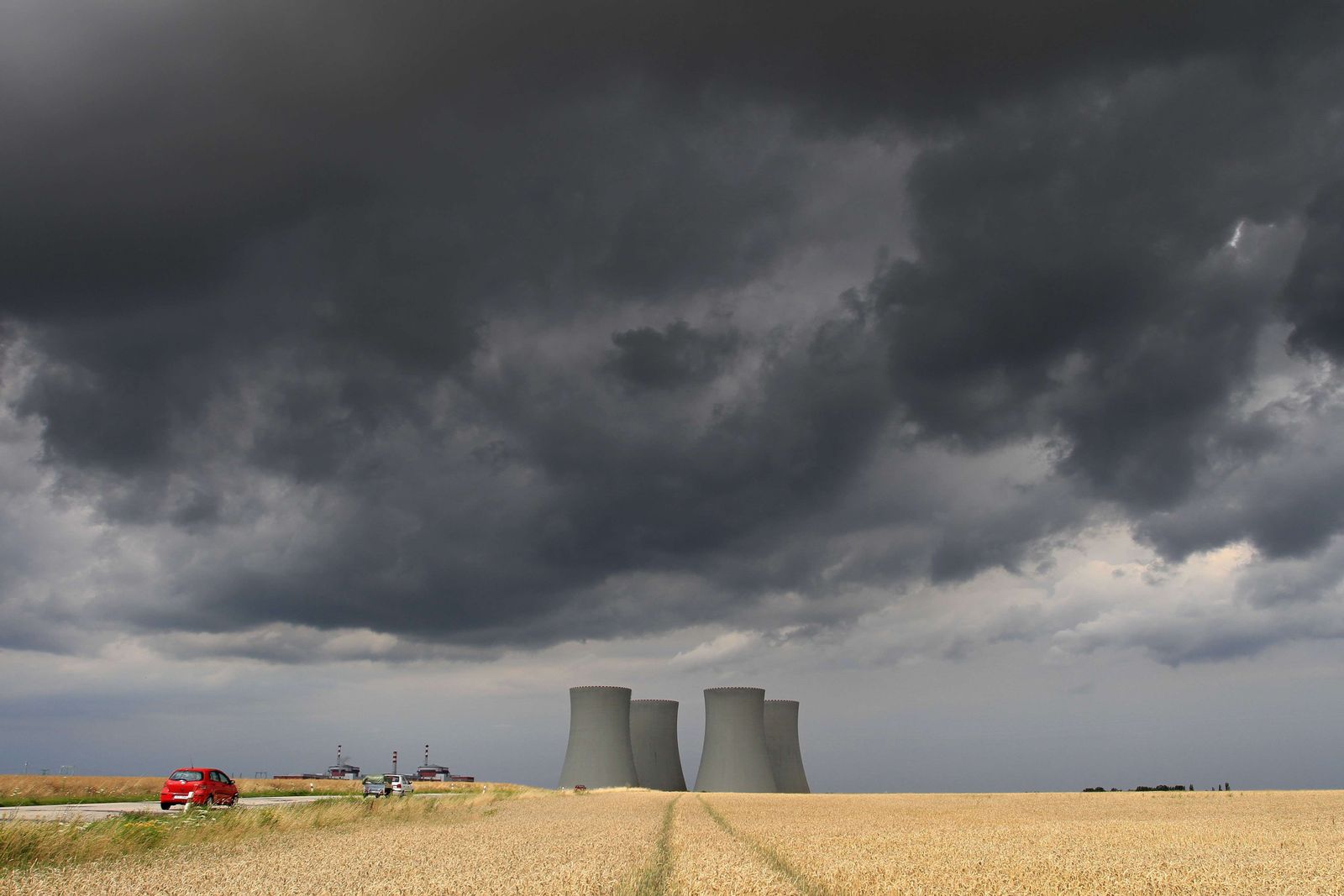 Other countries, including the Czech Republic, have continued to invest in nuclear power. Here, dark clouds gather above the cooling towers of the Temelin nuclear plant in Temelin, Czech Republic.