The smartphone has revolutionized how people interact and access information. Almost all of human knowledge is available at the tap of a screen. But this new hyperconnectivity also has a few downsides, as any stressed-out worker fending off calls from his boss at all hours will attest.

Checking emails on a device is often the first and last thing a person does each day, and that means a great deal more stress is being put on employees. Work impinges on free time, preventing them from getting a genuine mental break.

For a year, Germany's labor minister, Ursula von der Leyen, has been demanding that companies establish "crystal-clear" rules over the use of work-related mobile phones to prevent such burnout. Now she's putting her money where her mouth is by laying down strict limitations on their use in her own ministry. Managers may only contact employees in their spare time via email or phone call "in exceptional cases."

At the same time, no one should be put at a disadvantage by turning off their mobile phone or not picking up messages outside of working hours. The new rules, which will affect 1,100 people, have been agreed to by staff and management at the ministry, according to the Süddeutsche Zeitung on Thursday.

It's not the first time a major German institution has introduced such rules -- both Volkswagen and Deutsche Telekom have done so in the past. But von der Leyen, having called for wider implementation of measures to ease stress on German workers, is hoping to send a clear message to industry with her "rules for exceptional accessibility outside of individual working times."

The core principles of the new code include: "No one who is reachable through mobile access and a mobile phone is obliged to use these outside of individual working hours." Accessibilty outside of work is also based on the "principle of minimum intervention in leisure time." And, bosses are to categorically avoid making demands of employees while they are on holiday. Under the new rules, unplanned work-related contact is only permitted if it relates to something that "can't be postponed," has the "character of an exceptional situation" and cannot "wait until the start of the next working period." The number of people who are online and accessible is to be kept as small as possible. Managers must take "personal and familial situations into consideration."

The guidelines, which von der Leyen, a member of the Chancellor Angela Merkel's conservative Christian Democratic Party (CDU), signed herself, are part of a wider agreement pertaining to working from home, while on the road and with a laptop. According to the ministry, such a set of rules exist "to this level of detail in no other senior federal authority." The council representing employees at the ministry reportedly negotiated with bosses for a long time over the rules.

For the many employees who can work from anywhere via mobile phone and Internet, it is extremely important to know "when they need to be reachable and when they don't. They now have this clarity in black and white," von der Leyen told the Süddeutsche Zeitung. Even the minister herself, who has built up something of a reputation for bold moves, having successfully taken on chancellor Angela Merkel in a battle over gender quotas, now knows that on the weekend she will only be contacted in an emergency.

At VW, no mails are forwarded to employees' addresses starting 30 minutes after their working hours end. Deutsche Telekom, meanwhile, encourages its staff to refrain from work-related calls and messages in their spare time and on vacation. There are also similar limitations at E.ON, Puma and BMW. 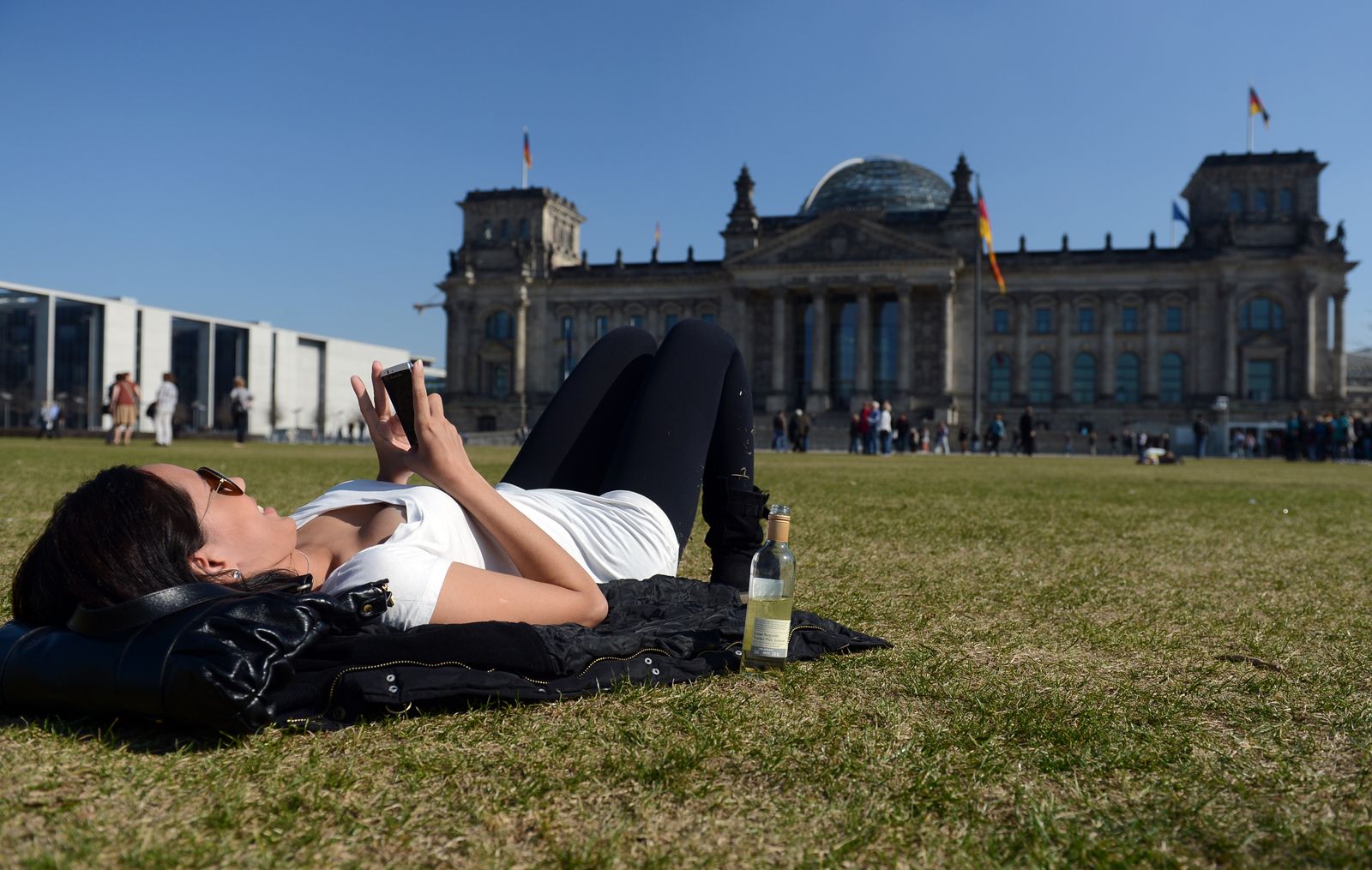 A young woman checks her phone outside Germany's parliament building, the Bundestag.