"Get lost!" and "Nazis out!" were among the epithets lobbed at controversial author Thilo Sarrazin during a recent trip to Berlin's Kreuzberg district, according to newspaper reports on Monday. The city's former finance senator had taken a trip to the area with broadcaster ZDF to film a TV special ahead of the one-year anniversary of the publication of his controversial book "Deutschland schafft sich ab" ("Germany Does Itself In").

The memory of the book's content, which sparked massive controversy in Germany for what many called its anti-immigrant sentiments, was apparently still fresh in the minds of some residents of the district, known for its high concentration of Muslim immigrants.

Accompanied by Turkish-German journalist Güner Balci, Sarrazin took a tour of the district, stopping by a Turkish market where he wrote in Die Welt he was yelled at by an "angry man in his fifties" whom he dubbed "the squaller," before a group of other "politically correct" market patrons joined in, calling him a racist until he and the camera team left.

The show's camera team then followed Sarrazin to the popular Turkish restaurant Hasir, where they had planned a talk with co-owner Ahmet Aygün, who runs a number of successful restaurants across the city with his five brothers. But before they reached the eatery, a "well-dressed" couple of "obviously Turkish decent" began shouting at him, he wrote. The woman, who "seemed intellectual in a somewhat anemic way," called him a "racist," and the man called for him to leave Kreuzberg, Sarrazin reported.

"A rational discussion was impossible," he added.

The couple's outrage at Sarrazin's entry into the restaurant drew such a crowd that the management apparently became uncomfortable. "We Turks are usually very hospitable, but I don't think I can serve you," one of the managers reportedly said.

Sarrazin and the television crew left the restaurant "like beaten dogs," Sarrazin wrote. "Under pressure, the loyalty of this successful German-Turkish businessman belongs more to the rioters of his own ethnic group that to his German guest," he added.

On Monday, manager Mehmet Özkan told the mass-circulation tabloid Bild that the situation became "too hot" and that he had asked Sarrazin to leave. "I didn't want rumors in Kreuzberg that he eats in our restaurant," he told the paper. A crowd reportedly also blocked the TV crew from entering a center for the Turkish Alevi community.

The reaction of the crowds to Sarrazin's presence highlights how unpopular his book has been within Germany's immigrant community. Details include his theories on integration and heredity, which claim that Muslims have a deficient level of education compared to ethnic Germans and that intelligence is largely hereditary. The result, he wrote, is that all of German society is becoming dumber, particularly because Muslim immigrants in the country have higher birthrates.

Politicians and immigrant groups around the country condemned his positions as intolerant and racist when the book was released last August, and Sarrazin was forced to give up his post on the board of the Bundesbank. He was also nearly kicked out of the center-left Social Democratic Party, which backed down after he made a formal apology.

Still, the 66-year-old was surprised and outraged by the Kreuzberg reception, writing that while his statistical and analytical claims were subject to debate, critics had likely not read his book.

The "tendency of representatives of Muslim immigrants to take offence to uncomfortable truths" is part of the "Oriental mentality and deeply anchored in Islamic belief," Turkish-German feminist and social scientist Necla Kelek told him last year, he wrote in Die Welt.

"A merit-worthy former Berlin senator, who is guilty of nothing more than writing a book with unwelcome numbers and analysis, is literally mobbed out of a central Berlin district that calls itself the spearhead of German integration," Sarrazin wrote. "Woe betide us if, as many hope, the conditions in Kreuzberg are the workshop for future Germany." 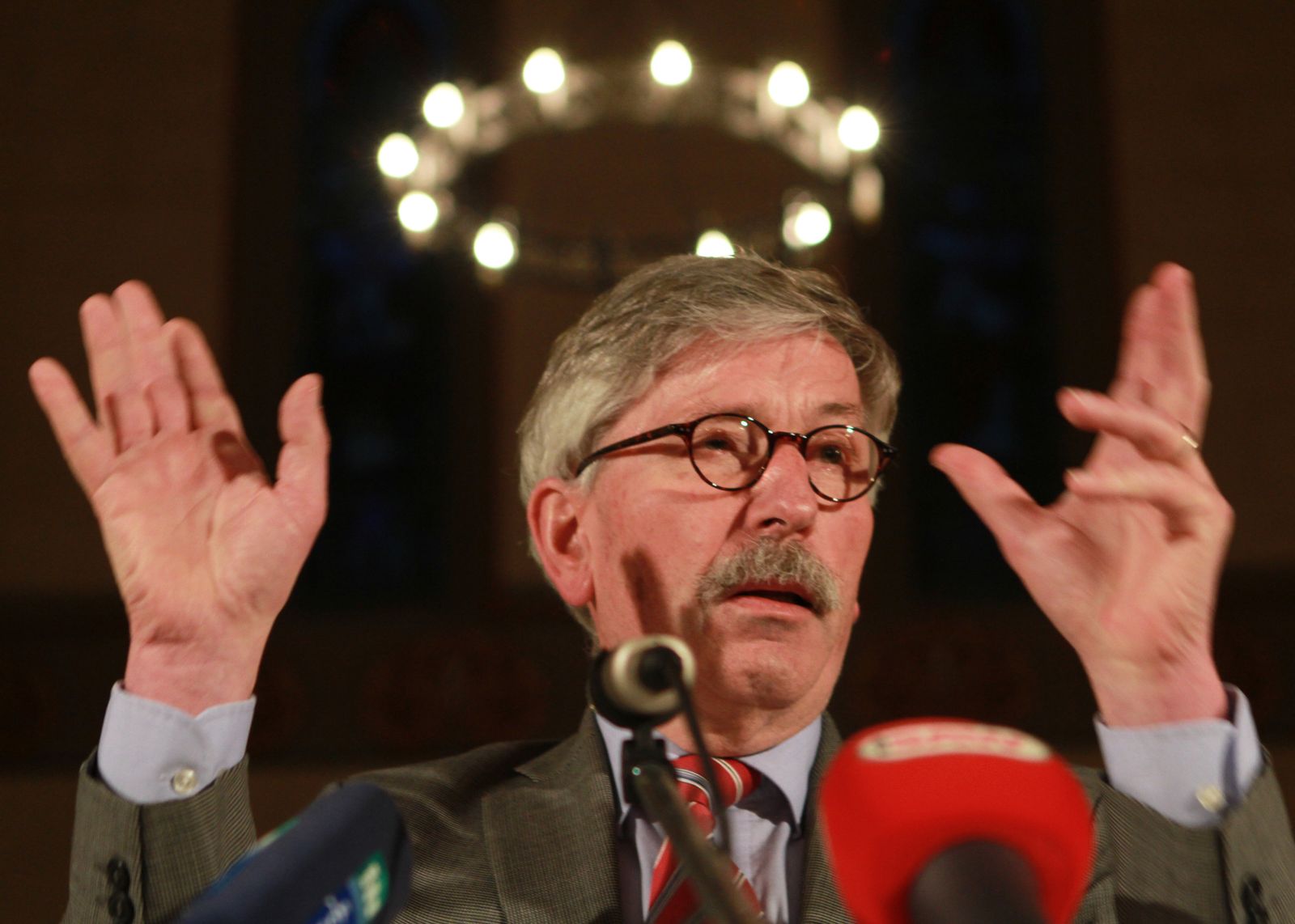