Danial Ilkhanipour, a Social Democratic Party (SPD) political candidate for Germany's federal parliament, is campaigning at full tilt. With his black hair slicked back and wearing a white shirt, a suit and his SPD badge, the 27-year-old has turned up at a metro station in Hamburg every morning at 6 a.m. since May, where he stands distributing fliers and chatting to commuters on their way to work. He is still there after they finish work.

One day, early in August, an older woman stopped to talk to him. "No, I won't vote for the (center-left) SPD anymore," she told him. "Give me a chance -- I'm the new candidate," Ilkhanipour replied. "And please convince two of your neighbors to vote SPD too!" he adds. She is just one of the 1,000 people he speaks to each day, he said. 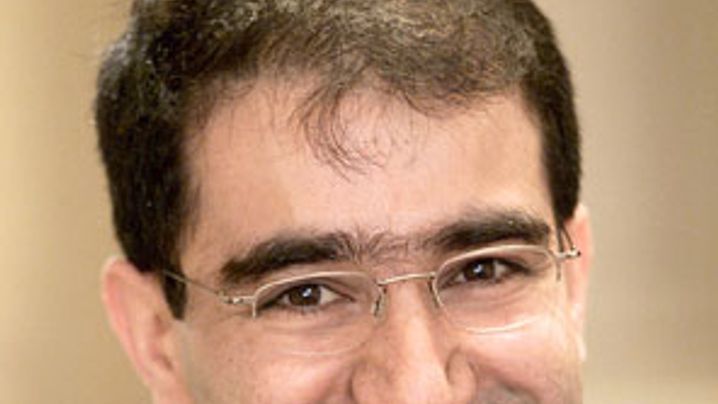 Danial Ilkhanipour, the son of an Iranian immigrant, was born in the north German town of Elmshorn and grew up in Hamburg. As well as challenging the Greens and the conservative Christian Democratic Union (CDU) party, he faces criticism from within his own party, given that he replaced a candidate positioned more to the left of the party. Ilkhanipour is one of the few German politicians with an immigrant background, who aspire to win seats in the German parliament during the Sept. 27 general election.

In recent years the German government has trumpeted itself as a supporter of German immigrants, hosting a high-profile Islam Conference and an Integration Summit. After all, some 15 million people in Germany come from an immigration background, making up 18 percent of the population. But the fact remains that in the German parliament they are represented by just 11 politicians, making up less than 2 percent of the Bundestag.

And the picture is unlikely to improve with the pending national ballot. The leading parties have selected candidates with immigration backgrounds, but usually in areas where they have little chance of winning.

There are some exceptions to the rule, like Özcan Mutlu who represents the Green Party in Berlin. Mutlu has a firm base in the city's multicultural community and could give Turks a voice in the Bundestag. Or there is the David Erkalp, a CDU politician with Turkish roots who is standing in a constituency in Hamburg or Serkan Tören who has is running for the center-right, business-friendly Free Democratic Party in the state of Lower Saxony.

"We still have a long way to go before immigrants will be considered a normal part of politics," said the national party boss of the Greens, Cem Özdemir, who in 1994 became the first politician with a Turkish background to enter the Bundestag. He argues that it is essential that German politicians can tackle immigration issues just as a politician with Turkish roots should be able to deal with economic affairs. "But for that to be the case, we need more immigrants in politics -- and we are not at that stage yet," Özdemir said.

That applies to national politics, even if the average German doesn't share such prejudices. "The populace has actually come a lot further than we imagine," said SPD politician Ilkhanipour. "When an older lady on the street casually asks where my parents come after posing five other questions, including topics like the minimum wage. When she sees me as her Social Democratic candidate, then I realize that is true." Ilkhanipour spoke fast, confidently and aggressively. As an immigrant, he said he doesn't want to just deal with issues relating to his community. "And I don't want to be given a special position in politics," he said. He assumes that he has to fight for his success, like every other politician.

"We don't need immigrants to come into politics simply because they are immigrants," said the Greens' Özdemir. "What will it bring us if someone comes into the Bundestag who doesn't have strong roots with a political party, or who doesn't speak enough German. We need people who can also deal with other issues."

Aydan Özoguz, a Hamburg-based SPD politician, also has Turkish parents but was born in Germany. She works as a project coordinator at the Körber Stiftung, a social affairs foundation, where she oversees a network of members of parliament with an immigration background. Her list of names of people with immigrant backgrounds who stand a chance of entering the Bundestag after this election is notably short.

But why? "Immigrants used to be used as window-dressing to enable parties to attract more votes," said Green Party candidate Mutlu. "The younger generation of immigrants is more self-confident and therefore challenges the established parties. The political parties are afraid to take them on as they have their own strong opinions and won't quietly follow the party line," he said. Party colleague Özdemir offered another reason. "It is also difficult to find suitable candidates -- among first generation immigrants, many tend to remain politicized about the situation in their homeland, or they don't speak enough German," he said, adding that second and third-generation immigrants aspire to other careers. He stressed that the established parties should put more effort into targeting immigrants as potential voters and candidates.

Aydan Özoguz said she is being supported by SPD, partly because she is an immigrant and a woman. But some colleagues who see it very differently. The fact that people with foreign-sounding names are interested in politics, and not just in integration issues is something "many in this country still need to get used to," she said.

Ilkhanipour and Özoguz are both members of the SPD, a party which offers immigrants relatively good opportunities. But the situation in the CDU is quite different, said Bülent Arslan a German-born Turk who heads the conservative party's German-Turkish forum. He said he has never been selected as a candidate for the party's election list.

And the CDU's lackluster record with immigrants is reflected among voters. In March this year, the Berlin market researchers "Data 4 U" interviewed Turks as to their voting plans. While the SPD cornered more than 55 percent of their support, the CDU trailed with just 10 percent. CDU officials, including Chancellor Angela Merkel, have often expressed their opposition to Turkey becoming a member of the European Union in the past.

According to a recent survey the foundation Islam-Archivs carried out in a small town in North Rhine-Westphalia, only 4 percent of Muslims would vote for the CDU. And, despite this, little has changed in his party -- even though CDU leaders have held more discussions than ever about the issue. "There are no candidates who come from an immigration background with good prospects in the Bundestag elections," said Arslan, adding that after the positive words "everyone fights for their old seats again. We haven't yet reached the age of the German politician with a Turkish background."

But real breakthrough will happen when people and parties cease to differentiate between immigrants and non-immigrants. The aim, Cem Özdemir said, is a society which does not pay attention to color.