And yet another model pupil and political star has fallen. Once again, there was a man who wanted too much, a man who was too clever and paid the price. Norbert Röttgen had had a meteoric career in Angela Merkel's conservative Christian Democratic Union (CDU), serving as environment minister and a CDU state leader. Some saw him as a possible future chancellor.

Now that's all over. Röttgen, who was fired as environment minister by Merkel on Wednesday, has tripped up because of his own ambitions and his penchant for tactical maneuvering. He was happy to let other people know that he considered himself to be superior. As a result, he hasn't had many political friends for quite some time. His remaining supporters vanished after the disgrace of last Sunday's state election in North Rhine-Westphalia, where Röttgen led the CDU to a disastrous defeat. If someone always claims to know best, but then doesn't do a better job himself, he can expect no mercy -- in politics just as in real life.

The chancellor had to distance herself from Röttgen. His attempt to turn the North Rhine-Westphalia election into a referendum on her policies on the euro crisis was an act of disloyalty. Already a few days before the election, everyone already knew that he had botched it, but yet he still tried to drag Merkel into the mess -- a move the chancellor could not forgive.

Then there was the much-hyped energy revolution, which Merkel announced in the spring of 2011 following the Fukushima disaster and which Röttgen, as environment minister, was responsible for implementing. But it became increasingly clear that although Röttgen was good at announcing grand plans, he had failed to make much progress in turning the gigantic project into reality. The German business world had been complaining for weeks about the chaotic energy policies of Merkel's coalition government, such as the fact that Röttgen's Environment Ministry and Philipp Rösler's Economy Ministry were divided over how to implement the energy revolution. What Merkel truly needs to be focusing on right now is fighting the euro crisis. As such, she needs someone who can organize the transition to renewable energy with the minimum of fuss.

It was unimaginable that Röttgen, a lame duck, would be capable of that job. His newly appointed successor, Peter Altmaier, a loyal aide to Merkel who enjoyed a good reputation as secretary of the conservatives' parliamentary group, is clearly the better choice.

Then there was the Horst Seehofer factor. Seehofer, the leader of the Christian Social Union (CSU), the CDU's Bavarian sister party, harshly attacked Röttgen in a blustering appearance on German television this week. That made it clear to Merkel that Röttgen could become a burden for her whole coalition if she held on to him for too long. At the end of the day, Seehofer's calculated outburst was nothing more than a blatant call on Röttgen to resign. If Röttgen did not want to jump after that, then he had to be pushed.

The end of Röttgen's political career marks a watershed moment -- for Merkel, too. The chancellor has now shown her brutal side. Until now, few people would have believed her capable of firing a cabinet member. The dismissal also sends a message to the rest of Merkel's ministers: Things are getting really serious for the government, and it cannot afford to make many more mistakes. If Merkel wants to stand a chance of winning the next national election in 2013, then she needs to govern with a firm hand from now on.

It is becoming clear that the coalition government is on shaky ground. Merkel may still be a tower of strength, thanks to her good poll numbers, but she heads a coalition with one partner, the business-friendly Free Democrats, which is fighting for its very survival. The other partner, the Bavarian sister party to the CDU, the Christian Social Union, also faces a tough election in that state in 2013 that could lead to an erosion of its power at the national level if it loses against popular Munich Mayer Christian Ude of the center-left Social Democrats.

And now another leading CDU politician has fallen. It's getting hard to keep track of all the senior conservatives who have met an ignoble end in the last few years. They include former German President Christian Wulff, former Defense Minister Karl-Theodor zu Guttenberg, former Hesse Governor Roland Koch and former Labor Minister Franz Josef Jung, to name just a few. It's getting pretty lonely for Angela Merkel these days in her party. Her only possible successors that remain are Labor Minister Ursula von der Leyen and Defense Minister Thomas de Maizière. You have to look a long way below them before you find the next potential leaders.

Of course one can argue that this is all Merkel's fault. But one can also make the case that this is the normal course of events. Like any governing party, the conservatives have been worn down by the work of running the country. The members of the team drop out one by one during the race, until at the end hardly anyone is left.

One thing is clear though: It's going to take a long time before the party recovers from Angela Merkel's term in office. 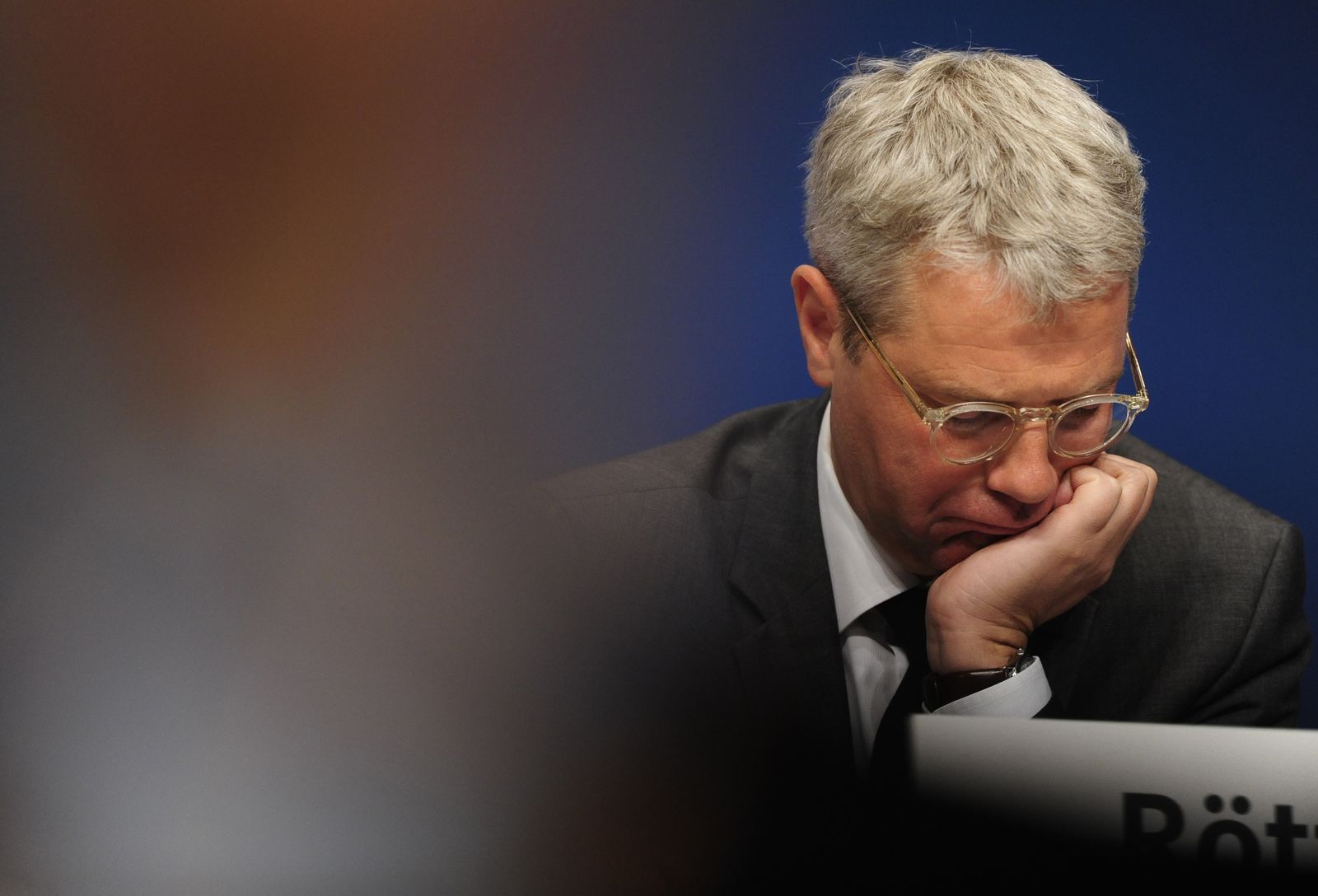