Germany faces the prospect of a major regional election after the government of North Rhine-Westphalia lost an important budget vote in the state assembly on Wednesday, bringing the coalition government to the brink of collapse after less than two years in office.

An election in Germany's most populous state with 18 million inhabitants could have major implications for Chancellor Angela Merkel's center-right coalition in Berlin because it could further weaken her ailing junior coalition partner, the pro-business Free Democratic Party.

North Rhine-Westphalia has been ruled for almost two years by a minority government made up of the center-left Social Democrats (SPD) and Greens. State governor Hannelore Kraft has repeatedly said she cannot rule if her coalition can't pass an important law like the budget, which opposition parties voted down on Wednesday.

The governing coalition, which has 90 seats in the 181-seat parliament, had expected the FDP to abstain from the vote, which would have enabled it to get the law passed.

Polls show the FDP may be ousted from the regional assembly in a snap election by slipping below the 5 percent threshold needed for parliamentary representation. That would further weaken the party in the national government, and could seal the political fate of FDP leader and economy minister Philipp Rösler, who is under pressure for failing to halt a slide in support.

Opinion polls suggest that a new election might produce a clear majority for the Social Democrats and Greens.

Merkel's conservative Christian Democratic Union party was ousted from power in a 2010 election in the state. 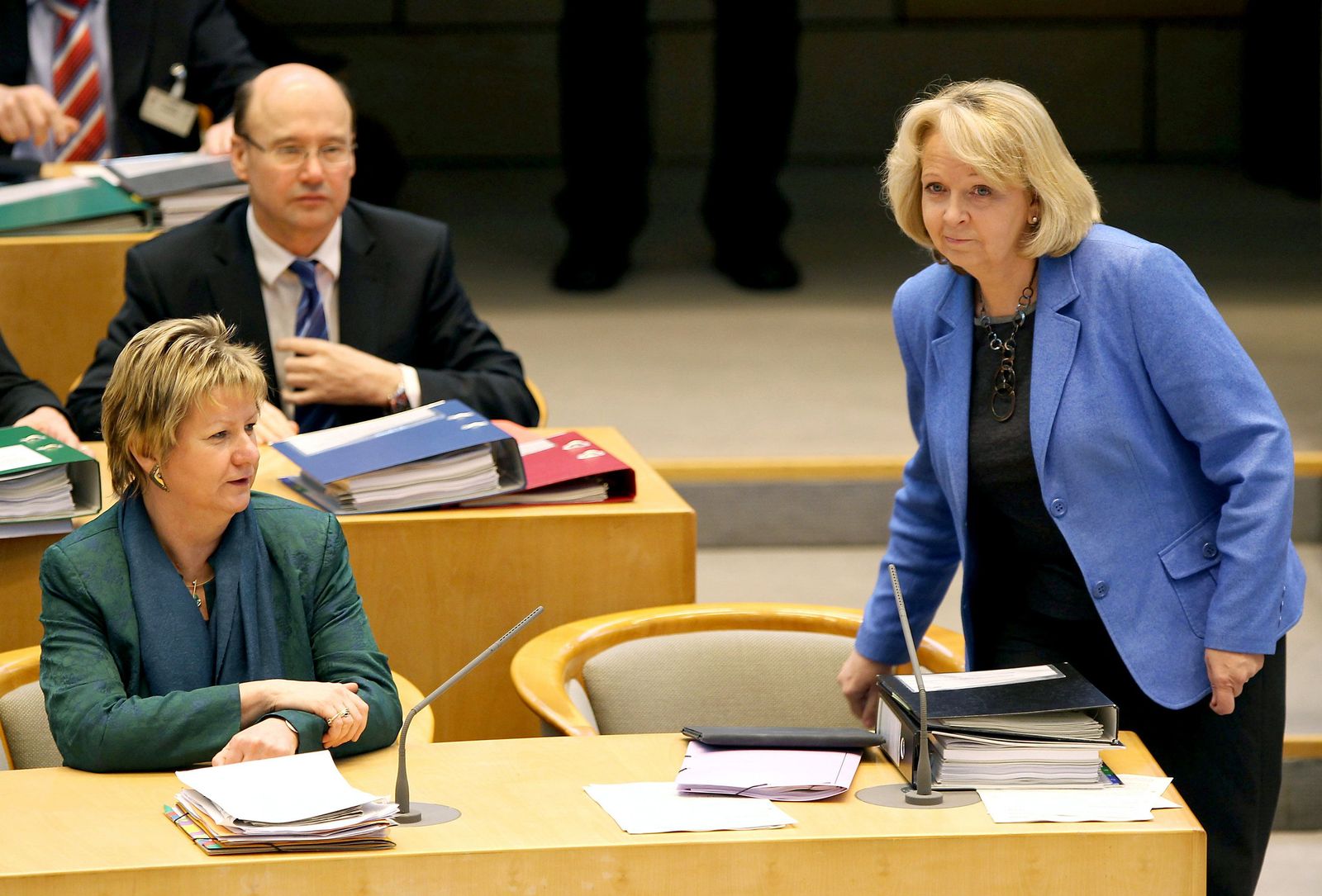 State governor Hannelore Kraft has pledged to call an early election in response to a budget defeat in parliament.