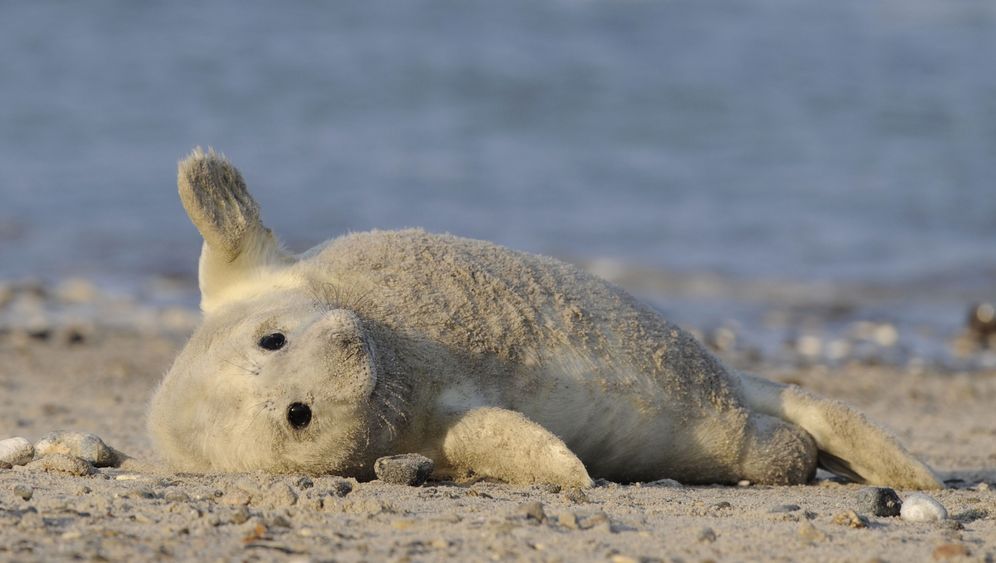 "If these casualties are confirmed, it will be a real loss," the island's tourism director, Klaus Furtmeier, told SPIEGEL ONLINE on Tuesday, describing what he said was an unusual scene.

The North Sea island's offshore beach dunes are known for their seal population, which is currently in the midst of its birthing season. But when winter storm Xaver's hurricane-force winds ripped across the island, some 50,000 cubic meters of sand were reportedly reclaimed by the sea, which may have taken some of the pups with it.

The young animals probably had too little time to move further inland, according to Furtmeier. "Many of them were probably pulled into the sea," he said.

Of the 141 seal pups born this winter on Helgoland, only 94 have been counted since the storm pounded the shore during the first week of the month, the island's nature protection commissioner Rolf Blädel told news agency DPA. "The cows were crawling over the beach looking for their pups, and the pups were crawling around squeaking for their mothers," he said. "It was depressing."

The grey seal pups are born between November and December on the island, and are shielded from the wind and cold by their thick fur. "But very young animals don't yet have a protective layer of fat, and they probably didn't live," tourism director Furtmeier said.

Still, five seal pups that were separated from their mothers in the storm were rescued and brought to the Friedrichskoog Seal Center on the mainland, he added.

Though other recent storms have been worse, Xaver still caused significant damage to Helgoland's shores, according to a press release by the island municipality.

"Without outside assistance, the beaches won't be ready for the start of tourist season, particularly since storm season has just begun," Furtmeier said in the statement.