The resonance has been impressive. Ever since German Bundesbank board member Thilo Sarrazin published his new book late last month, Germany has been gripped by yet another soul-searching debate about immigration and integration. Many Germans, the discussion has made clear, share Sarrazin's worry that the country threatens to become overrun by foreigners.

But not all. Indeed, according to Klaus Zimmermann, president of the influential German Institute for Economic Research (DIW Berlin), Germany needs even more immigrants. In an interview with the newspaper Hamburger Abendblatt, Zimmermann said that the country's aging society means that Germany "badly needs workers and immigrants from abroad." He said the labor market needed "net immigration of at least 500,000 more people each year to ensure our economic strength."

Zimmermann's comments come in reference to Germany's low birth rate and a consequently aging society. "As of 2015, the German economy will lose around 250,000 workers," he said. He proposed the introduction of an immigration points system, much like that in place in Canada and Australia.

He is far from the first to suggest that Germany's demographic problems can best be solved via liberal immigration policies. But the economist's comments come at a time when Germany has become consumed by another possible consequence of low birth rates. According to Sarrazin, higher birth rates among the country's immigrant population mean that ethnic Germans could be in the minority in Germany by the end of the century -- a claim demographers have disputed. Controversially, Sarrazin linked that development to a lowering of the country's overall intelligence. He also said that Muslim immigrants have contributed nothing to German prosperity and wrote that they would prefer to be on welfare than to work.

'Not Contributing to a Solution'

Opinion and political leaders in Germany have roundly criticized Sarrazin's positions and have said that his comments have hurt rather than helped ongoing efforts to improve the integration of Germany's Turkish immigrants. "He is not contributing to a solution to the problem -- on the contrary he is making it more difficult," said Chancellor Angela Merkel in a Sunday interview with the tabloid Bild.

The Bundesbank has requested that German President Christian Wulff remove Sarrazin from its executive board. Furthermore, the Social Democratic Party, to which Sarrazin belongs, is exploring the possibility of expelling him from the party.

Germans on the whole, however, appear to largely agree with Sarrazin. According to a survey conducted for the newsmagazine Stern, 50 percent of Germans do not believe that he should be fired from his position on the executive board of the Bundesbank. In addition 50 percent of voters at large -- including the same percentage of SPD voters -- think it is wrong that the party is trying to rid itself of Sarrazin. Sixty-one percent of those surveyed told the pollsters that they partially agree with the controversial positions voiced by Sarrazin with 9 percent saying they completely agree.

Merkel's government this week has been intent on toning down the shrill debate and on Wednesday approved a program drawn up by the Federal Office for Migration and Refugees to promote integration. Among other measures, it calls for more teachers with foreign backgrounds as a way to reduce the number of children from immigrant families who drop out of school before obtaining a diploma. 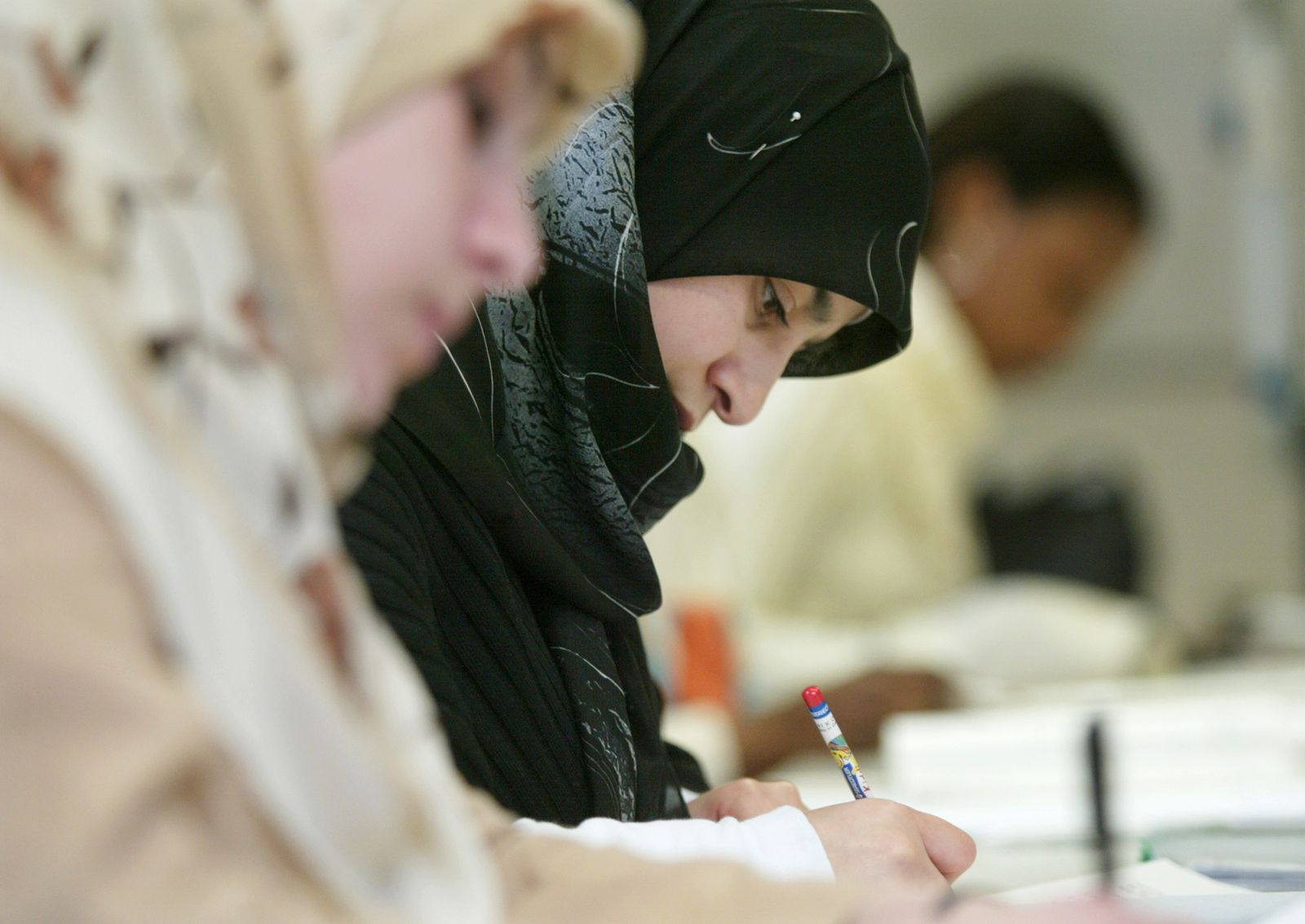 Germany is split over immigration.