Edward Snowden appeared to come very close to announcing the news himself. During his recent interview with German public broadcaster NDR, he said: "I would suggest it seems unreasonable that if anyone was concerned about the intentions of German leadership that they would only watch Merkel and not her aides, not other prominent officials, not heads of ministries or even local government officials."

Now it appears that, in addition to eavesdropping German Chancellor Angela Merkel's mobile communications, the National Security Agency was also eavesdropping on Gerhard Schröder's phone while he was still chancellor. On Tuesday night, the Süddeutsche Zeitung newspaper and NDR reported that Schröder had appeared on the so-called National Sigint Requirement List, a list of people and institutions named for targetting by the intelligence agency whose telephone communications should be monitored. Schröder was reportedly assigned the number "388" in 2002, if not sooner.

The reports cite unnamed US government and NSA insider sources claiming that Schröder was declared a target for monitoring because of his critical position on US preparations for a war in Iraq. A person with knowledge of the action is quoted as saying that the US had reason to believe that Schröder would not help lead the alliance toward success.

In Germany, the revelations appeared to create new tensions in German-American relations. Speaking to SPIEGEL ONLINE, German Justice Minister Heiko Maas, of Schröder's center-left Social Democratic Party, accused the NSA of conducting indiscriminate mass surveillance. "Protecting safety appears to be a guise for the NSA to collect unlimited data," he said. "Eavesdropping on a chancellor's mobile phone in no way contributes to protecting against terrorist attacks."

Maas called for Germany to continue to push for a no-spy agreement with the US, despite resistance from Washington. "Even if it won't be easy for the Americans, we still need to continue pushing for an international agreement, because we cannot spare any effort to ensure the the data of people in Germany is better protected."

Responding to questions about the allegation that the NSA spied on Schröder, agency spokeswoman Caitlin Hayden told SPIEGEL ONLINE the intelligence agency would not publicly comment on every alleged intelligence service activity.

When SPIEGEL reported in October 2013 that Angela Merkel's mobile phone had been tapped -- even as far back as 2002, when she headed the conservative Christian Democratic Union party before becoming German's leader -- the article prompted massive outrage in Berlin. Further stories showed that the US intelligence service had also been eavesdropping on numerous other world leaders. In a speech addressing the NSA scandal, US President Barack Obama pledged that his agencies would no longer eavesdrop on the leaders of allied countries in the future. However, he at the same time imposed conditions that still give the intelligence agencies plenty of room for maneuver.

In a report in the German weekly Bild am Sonntag published shortly after the revelations about Merkel, the newspaper cited unnamed sources claiming that Gerhard Schröder's calls had also been monitored since 2002. The paper also reported that the chancellor told confidants he was convinced the US intelligence services were eavesdropping on him. In the report published on Tuesday, however, Schröder told the Süddeutsche Zeitung, "At the time, I wouldn't have thought that the American services were eavesdropping on me, but now it doesn't surprise me." The newspaper cited government sources claiming that officials in Berlin have long assumed that Schröder's communications had also been tapped.

In their reports, Süddeutsche and NDR claim the NSA was tasked not only with collecting metadata, but also information about when and with whom each target was speaking. The contents of telephone calls and SMS messages were also captured. And this appears to have applied to both Merkel and Schröder.

Am Ambivalent Relationship with Mobile Phones

It is already public knowledge that the NSA deploys these devices. SPIEGEL reported the contents at the end of December of an entire catalogue of spying and eavesdropping devices the NSA uses. 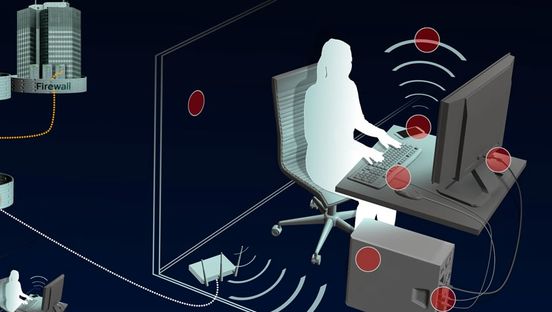 What's noteworthy about the revelations about Schröder is that the former German leader himself had an ambivalent relationship with mobile phones. Prior to his terms as chancellor, Schröder was known to use a mobile phone, but the ex-chancellor has stated that he didn't have a cell phone during his time in office.

When asked at a 2005 public event about his favorite ring tone, he told participants: "I don't even have a mobile phone. My wife and my daughter have one, but I don't think they have any ringtones. If someone wants to reach me by mobile phone, then that person calls my secret service men or a staffer accompanying me. They then pass the mobile phone to me if it is necessary."