A federal police officer questioned in Germany's neo-Nazi terrorism trial in Munich on Tuesday provided testimony that is some of the most damning yet for the main defendant, Beate Zschäpe, who is accused of being an accomplice in 10 murders and a member of the National Socialist Underground (NSU) terrorist group.

The officer said the alleged accomplice Holger G., accused of supporting the NSU, had said during interrogation that Zschäpe had been an "equal member" in the group alongside the other two members, Uwe Böhnhardt and Uwe Mundlos.

The NSU claimed responsibility for murdering nine mostly Turkish immigrants and a German police officer. Böhnhardt and Mundlos committed suicide as police were closing in on them after they robbed a bank in November 2011. Holger G. also said Zschäpe came across "like a wife" with two husbands. "Decisions were always made together with Ms. Zschäpe," he allegedly said.

'Assertive' and 'Prepared to Use Violence'

Holger G. allegedly told the police officer he had experienced Zschäpe within the group as a person who was "assertive" and also "prepared to use violence". He said she wasn't the kind of woman who subordinated herself to others. Holger G. allegedly told the police officer about one incident when Zschäpe slapped a punk woman on a bus because she had "looked at her in a funny way."

Holger G. told the police officer that Zschäpe was responsible for the group's finances. He also spoke of "benefit concerts" and "ballad nights" at which money had been collected within the far-right scene for the group in hiding. G. himself donated 3,000 deutsche marks (just over €1,500 or $2,000) for the purpose -- money he was later paid back by Zschäpe. The police asserted that G. had accused co-defendant Ralf Wohlleben of helping to organize the concerts.

Holger G. looked very similar to Böhnhardt, and allegedly made both his passport and his driver's license available to the group as well as other documents, making it possible for them to rent vehicles used in bank robberies and to help facilitate their lives underground. He was indispensable to Böhnhardt, Mundlos and Zschäpe. But it was a role he wasn't entirely comfortable with. G. reportedly told the federal police officer that he was concerned the second time he secured a passport for Böhnhardt. He didn't want to lose everything that he and his girlfriend had built up over the years.

Help for the Sake of Friendship

At the beginning of the Munich trial, Holger G. testified that he had broken with his right-wing radical past when he moved from the former East Germany to Hanover and met a girlfriend there. Still, the federal police officer testified that he had continued to be available to support Böhnhardt, Mundlos and Zschäpe afterwards for pure reasons of friendship.

The testimony from the police officer could prove damaging to the defense because Holger G. spoke often during his interrogations of "the three," or "the trio". It indicates there were no differences in the hierarchy and could prove important to prosecutors in proving that Zschäpe was a member of a terrorist organization.

In addition to aiding the terror group, Holger G. is also alleged to have delivered a pistol to the group. The gun was allegedly bought by co-defendant Ralf Wohlleben. The federal police officer said Holger G. had brought the investigation forward "massively" by saying who obtained the weapon. Initially, G. told police he didn't know he had been carrying a weapon, but he eventually conceded his knowledge of it.

A Weapon Delivered Despite Reluctance

Holger G. said he was reluctant to deliver the weapon but did so because he didn't believe Böhnhardt or Mundlos would use it. This came despite the fact that there had been numerous discussions within the inner circle of the NSU about whether the group should be armed. Both Böhnhardt and Mundlos had clearly stated they were prepared for violence.

Holger G. had a close relationship with the group and even went on vacations with them -- trips that Zschäpe allegedly paid for in exchange for yearly "system checks" by Holger G. to ensure that the cover he provided them in securing documents under Uwe Böhnhardt's name would still work.

So far, Holger G. has not been willing to be questioned in court. 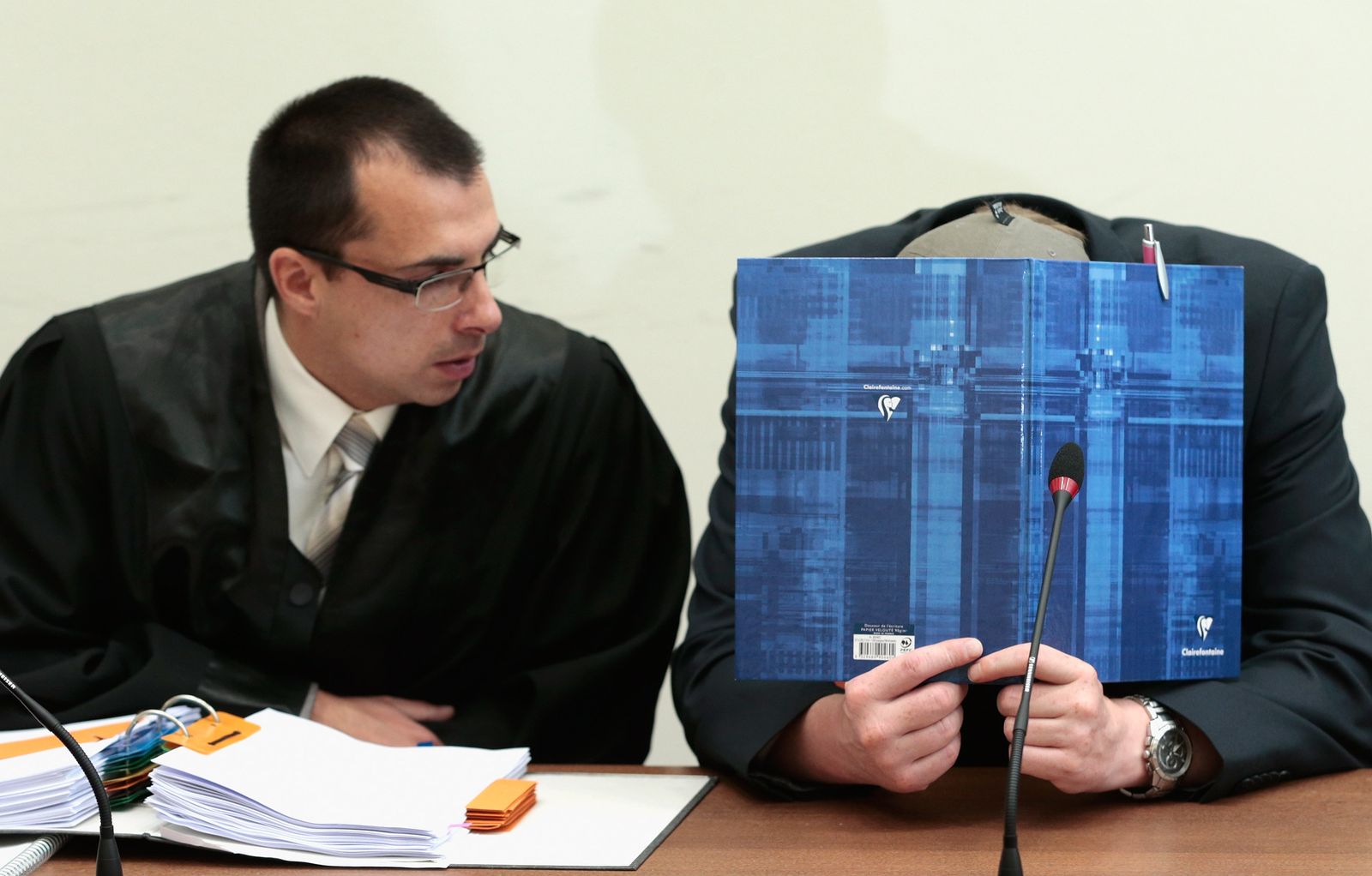 Defendant Holger G. hides his face behind a file during a hearing Tuesday in Germany's NSU neo-Nazi terror trial.