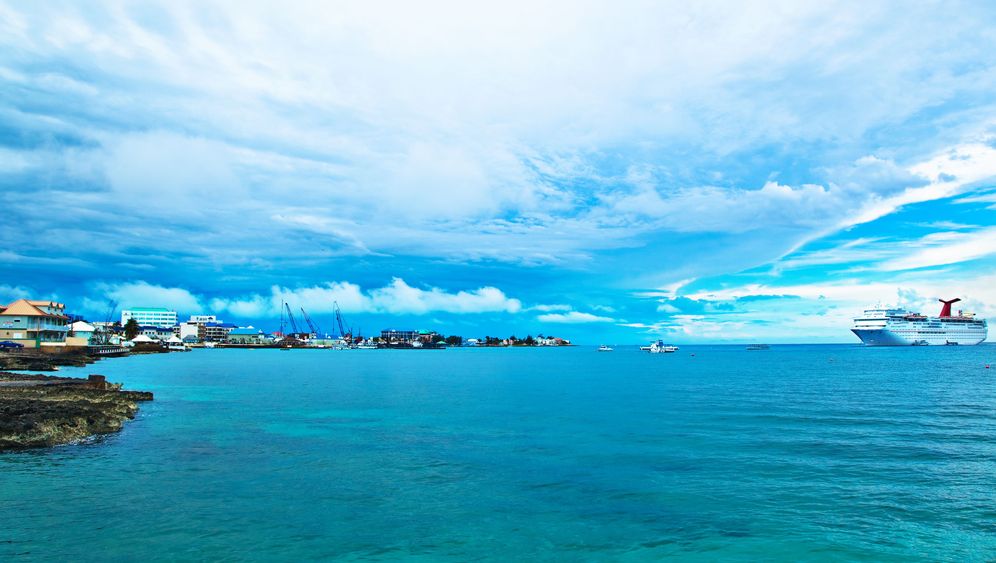 The large-scale secret tax haven dealings exposed this week are of an enormous scope, covering the transactions of more than 100,000 individuals, including many Germans.

Several hundred, in fact, according to the Süddeutsche Zeitung newspaper, which along with German public broadcaster NDR was among the network of journalists who analyzed some 2.5 million leaked documents from tax havens that detailed dubious dealings with offshore accounts and shell companies.

So far, the only German to be named is the late society playboy Gunter Sachs, who was briefly married to Bridget Bardot in the 1960s. But the Süddeutsche has announced it plans to reveal more names in the coming days. The revelations, first published on Thursday, sparked immediate demands from German politicians and officials for further details to aid in their fight against tax evasion. Both the German Finance Ministry and the finance minister in the country's most populous state, North Rhine-Westphalia, said they expected relevant documents to be handed over promptly.

But justice officials, including state prosecutors in Bochum und Düsseldorf, have said they don't yet see cause to launch new investigations. They would prefer to wait until individual names are released before finding out whether these people have evaded paying taxes or engaged in money laundering.

Still, the "Offshore Leaks" revelations, which include 130,000 people from more than 170 countries, could trigger an avalanche of legal cases. Those under suspicion are likely to be worried. In Germany, tax evaders can face up to 10 years behind bars, and anyone who hides funds exceeding €1 million is excluded from the possibility of a suspended sentence.

Criminal tax lawyer Wolfgang Joecks, who is also a constitutional judge in the state of Mecklenburg-Western Pomerania, says the investigations could be complicated because they are also likely to involve international tax law.

At the same time, he says: "I can imagine that the search will be very fruitful." That's because those under suspicion are likely to confess quickly, thus providing investigators with tips and clues for further probes. "Then I'd recommend that those in question pack their toothbrushes in a suitcase and prepare for pre-trial detention," he adds.

But this case is quite different from those in recent years that saw German officials purchase CDs containing data on tax cheats from sources in Switzerland or Luxembourg, Joecks says. "Offshore tax havens aren't usually dealing with the kind of people who drive to Luxembourg to make a deposit, but with complex constructs and networks that are set up to conceal capital flows," he says. "To put it colloquially, this is about the really big fish."

Indeed, the sums of money bunkered in tax havens around the world could be enormous. Thomas Eigenthaler, the head of the country's DSTG union of financial administration workers, told daily Bild that Germans allegedly have some €400 billion ($516 billion) in untaxed money hidden abroad.

Still, that doesn't necessarily mean that all of these offshore accounts are illegal. "Accounts in tax havens can also take advantage of legal room for maneuver," says Thilo Schaefer, a tax expert at the Cologne Institute for Economic Research. This activity also isn't always about tax evasion, but simply favorable investment opportunities, or spreading financial risks. "The general suspicion that every arrangement in a tax haven is illegal just isn't appropriate," he adds.

However, those who have engaged in tax evasion can still get off scot free if their activity exceeds the statute of limitations, though this will likely apply in very few cases, says tax lawyer Joecks.

Investigators will probably focus not just on rich private individuals, but also companies whose activities have been uncovered. That's because businesses often transfer bribes through secret accounts in tax havens. Or, perhaps they have evaded corporate tax, which would not only have to be paid back, but would also require criminal prosecution of the executives responsible for the decision. Another scenario could involve company owners hiding capital gains, which is also a criminal offence.

While tax evaders in recent years have sometimes been offered immunity for turning themselves in, this time it won't be that easy, because lawmakers have since significantly tightened the rules against offenders. Suspects must provide exact details of their finances for each year, and when this information is found to differ from the reality by even 5 percent in a single year, the entire self-indictment is void, Joecks says.

"Because of the nature of these complex structures and high sums, most of the suspects won't be able to manage this before someone turns up for them," he adds.