A regional politician has been fined €1,500 ($2,060) or 50 days in jail for allegedly calling Thilo Sarrazin, the author of a controversial book criticizing Muslim immigrants, an "ass."

Helmut Manz, 43, the deputy spokesman of the opposition Left Party in the western state of North Rhine-Westphalia, was overheard uttering the word at a demonstration outside a convention hall in the city of Dortmund where Sarrazin was speaking. Sarrazin filed a legal complaint when he heard about the insult.

The demonstrators were holding up a straw doll with a photo of Sarrazin's face stuck on it. Manz has appealed against the ruling by the Dortmund district court, the Left Party said in a statement.

'All Racists ... Are Assholes'

In an interview published on Tuesday, he told the mass-circulation Bild newspaper: "I'm not aware of having said that. It wasn't in my notes." But he added: "All racists, which therefore includes Mr. Sarrazin, are assholes."

Manz has said he plans to opt for the jail sentence if his appeal is overruled.

Sarrazin, a former Bundesbank official, triggered a heated public debate about immigration last year by claiming in a best-selling book "Germany Does Itself In" that Germany was in decline because of the rapid growth of its Muslim immigrant community.

The act of using expletives to curse at others is a prosecutable crime in Germany that can result in steep fines. Just flipping a person off while driving can lead to a fine of between €600 and €4,000. 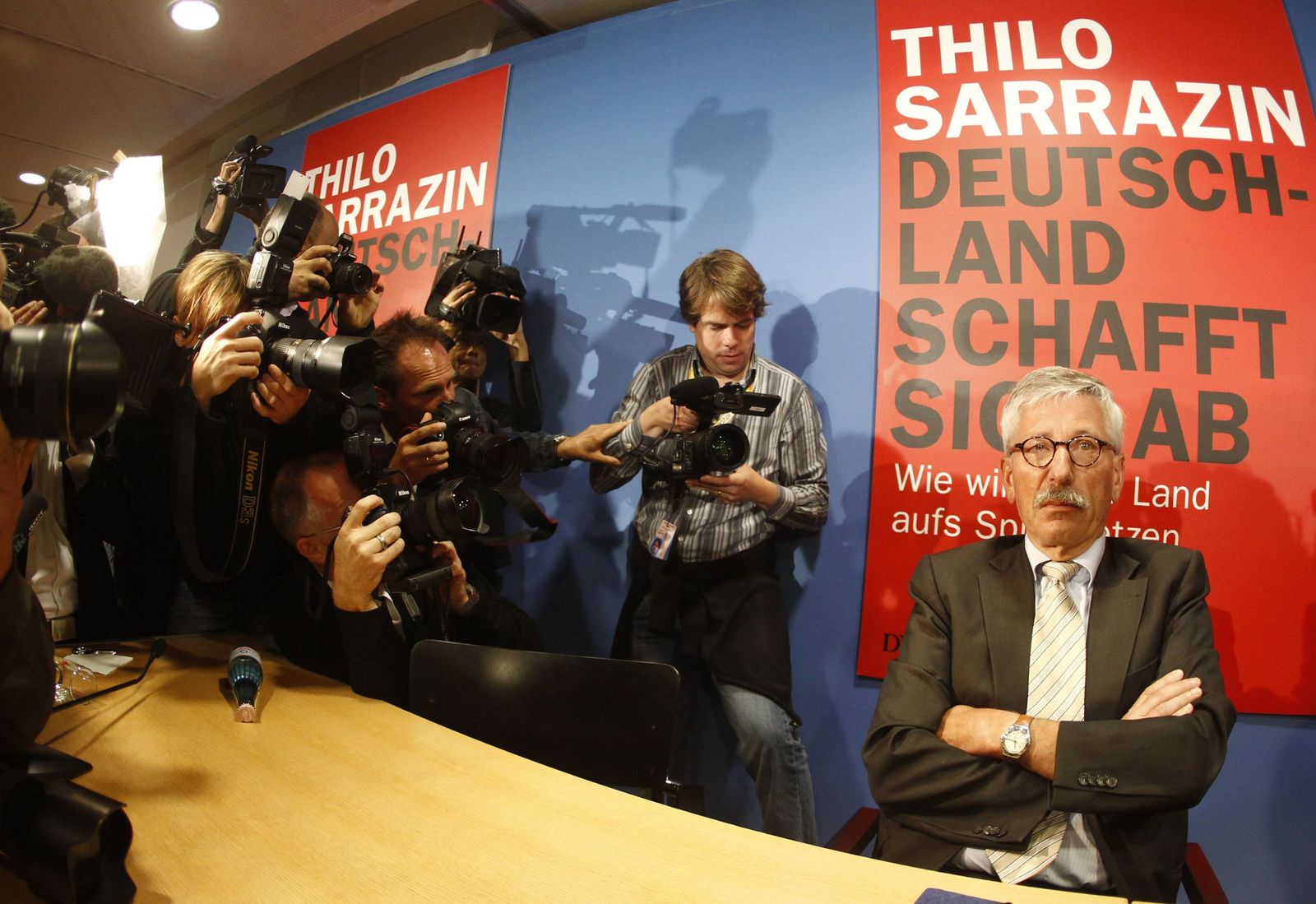 Thilo Sarrazin, defiant in the glare of the media, at the launch of his book last August.