The opening of Berlin's new airport BER, set for Oct. 27, has been delayed for the fourth time and will not go ahead this year in a further blow to the city's reputation. Although not yet confirmed by official sources, the news has triggered calls on Mayor Klaus Wowereit to resign and spells at least another year of congestion at the city's two small, increasingly overstretched eastern and western airports.

Newspapers reported on Monday that the airport's management company had informed contractors in December that an opening before 2014 was unfeasible due to construction errors. The main problem, which also led to previous delays, is the fire safety system. Planners reportedly didn't stick to official construction permits for an automatic ventilation system to keep people alive in the terminal in case of fire, the mass-circulation daily Bild reported, citing internal documents from a building firm.

The paper reported that tests conducted to prove that the system will still work despite the deviations from the original plans have not delivered positive results.

"The FBB (the airport management company) informed the shareholders and company officials present (…) about the date cancellation on Dec. 18, 2012," the company wrote in a document that Bild said it had seen.

Bild added that construction experts checking the building had found hundreds of other faults including cracks in the floor tiles, and more seriously, problems with the airport's local area network that steers everything from the check-in system to the runway lights.

Experts have also warned that the airport doesn't have enough check-in counters and baggage claim conveyor belts to cope with passenger numbers at peak times.

The new airport is, or was to have been, a major prestige project for the German capital, replacing the two ageing and outdated western and eastern airports, Tegel and Schönefeld, which are due to close once it opens.

No new date has been given yet. Newspapers said it may not be able to go into operation until October 2014 or even 2015.

The delays to date have driven up the cost of the project, which has already more than doubled to some €4.3 billion ($5.7 billion) from an initial estimate of €2 billion. The latest postponement is expected to add hundreds of millions of euros to the bill in the form of construction costs, lost income, the cost of keeping the other two airports running longer, and possible compensation payments to retailers and airlines for lost revenues.

The German government has a 26 percent stake in the airport, while the states of Berlin and Brandenburg own 37 percent each.

Mayor Wowereit, who is supervisory board chairman of the airport management company, came under renewed criticism, not only because of the delay, but because he is believed to have known about the postponement before Christmas but didn't make it public.

The opposition Green Party in the Berlin city parliament said Wowereit should resign. "He is no longer acceptable as mayor," Ramona Pop of the Greens told public broadcaster Deutschlandradio on Monday.

Jürgen Trittin, floor leader of the Greens in the federal parliament, the Bundestag, tweeted that Wowereit was incompetent and wrote: "It's over, Klaus."

Drawing the first consequences from the series of problems with the airport, Wowereit announced Monday he would step down from his seat as chairman of the project. "In the future, the supervisory board chair will be held by (the state of) Brandenburg," the city's press office stated. Wowereit is expected to transfer the role to Brandenburg Governor Matthias Platzeck on Jan. 16. 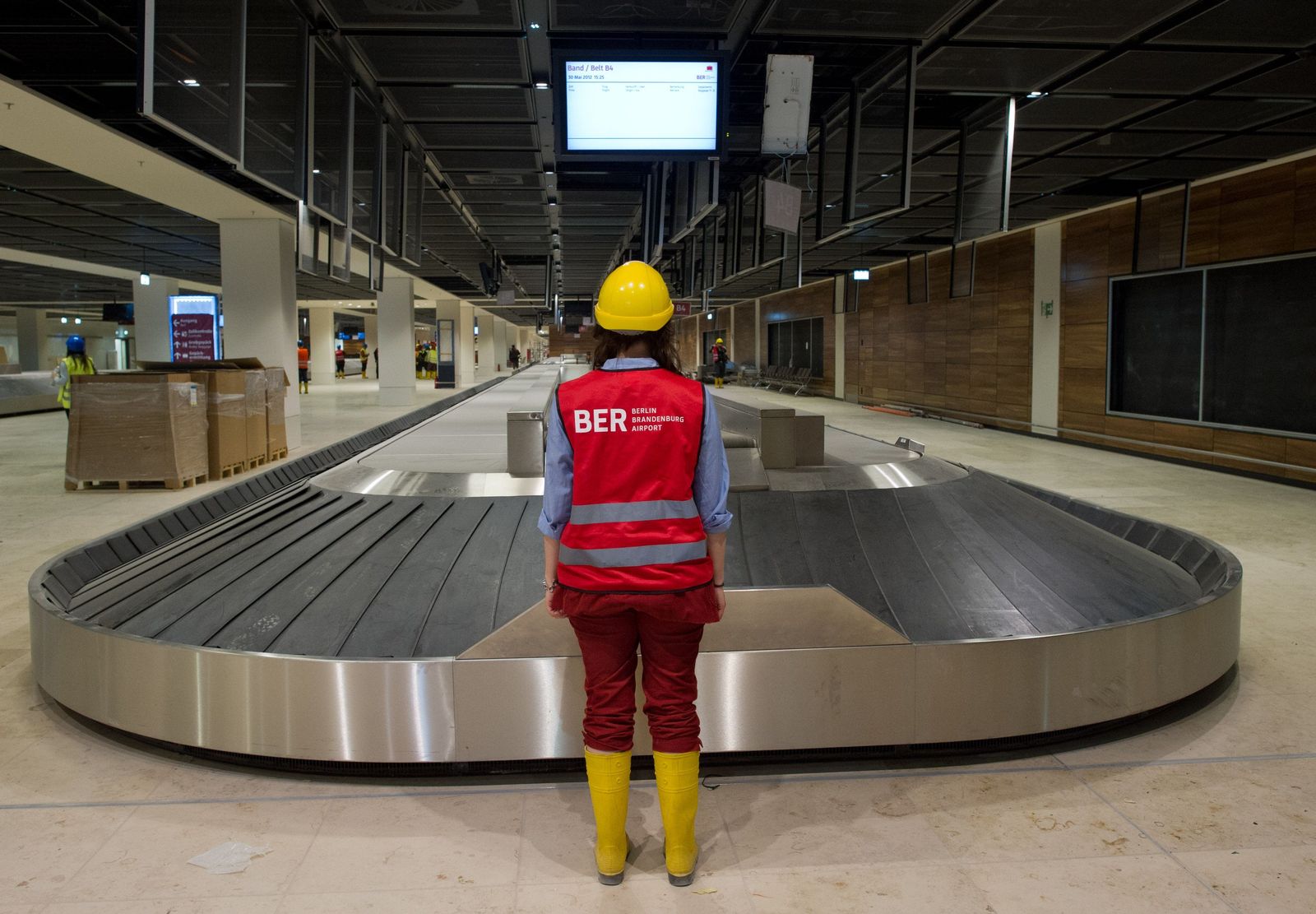 A conveyor belt at the unfinished BER airport. When will it finally be ready?