What is the key to leadership? James Baker, now 79 years old but once the United States secretary of the treasury and later secretary of state, recently gave me his answer to the question: "To know what to do. And to do it."

This second part -- the doing -- is what Angela Merkel has never delivered. She knew what needed to be done in Germany: The social security system needed to be reformed, the education system renewed and the tax system streamlined. And Germans needed to be told the truth about the shape our society is in.

Unfortunately, she didn't do any of it. It was always the wrong time, in Merkel's eyes, for pushing through reforms. Immediately after the 2005 election, which brought her to power, she was politically weak. Later on, she didn't want to cause trouble within the ruling "grand" coalition of her Christian Democrats with the Social Democrats. And after that, it was already too late.

Merkel's term as chancellor has held a wealth of missed opportunities. There has likely never been another German chancellor who governed so far under his or her capabilities. And now Merkel is going to have a difficult job in delivering the second part of Baker's leadership equation, the doing. Voters have made the Free Democratic Party (FDP) strong in order to keep Merkel from being weak again, injecting from the outside the courage Merkel lacks. Guido Westerwelle, the FDP leader, has become lifesaver and legal guardian in one. Merkel, however, is left as only half a chancellor. 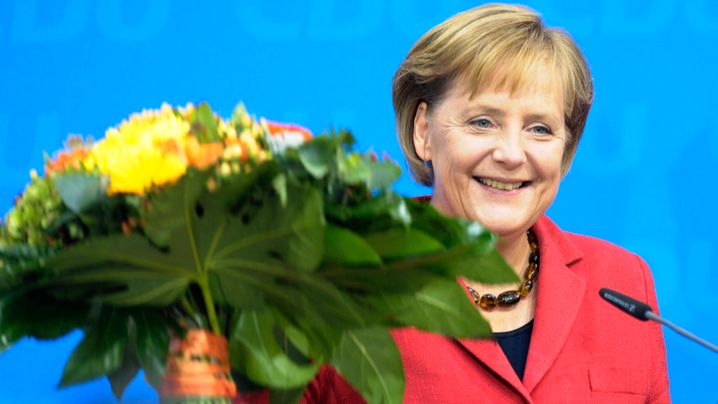 Westerwelle now embodies the other, better, more hopeful half of Germany's coalition government. Rarely has a vice chancellor received such a clear mandate from voters. Westerwelle's party performed particularly well in the country's high-growth regions -- in North Rhine-Westphalia, Rhineland-Palatinate, Baden-Württemberg and Bavaria, the states where the majority of Germany's gross domestic product is generated. The people who actually create wealth clearly voted against having another "grand" coalition of politicians whose main concern is social policy. That group includes Merkel as well as Horst Seehofer, leader of the CDU's Bavarian sister party, the Christian Social Union.

The FDP's growth thus marks a societal change as well. In the past, the exploitation of the working class by capitalists was the defining feature of the era. Now, the exploitation of white-collar workers and small-business owners by the government has taken over that role. And those affected are now rebelling, just as the downtrodden workers once did. In the political sphere, a historical shift is happening right before our eyes, as the traditional blue-collar parties lose out to parties that represent white-collar workers.

The FDP and, in many cases, the Green Party are the parties of the newly oppressed -- even if that oppression is sometimes more imagined than real. In any case, the top 10 percent of earners pay half of Germany's income tax. That makes them sensitive. After all, organic farmers, lawyers and widget manufacturers love their profits just as deeply as factory workers love their paychecks.

But the election results have more causes than just the worries of individuals. Four years of Merkel have clearly not been good to Germany. Debts are higher than ever. Social security funds are showing deficits across the board. Half the country's billions in income taxes in the next year will flow directly into retirement funds, while another quarter will go to banks in the form of interest payments. The costly election -- including the Opel bailout and the "cash for clunkers" program to spur auto sales -- has further aggravated the country's existing financial woes. The economy will recover when the global economy as a whole picks up again. Meanwhile, the German state is left in a precarious condition. In this situation, reforms are not neoliberal. They are essential.

To know what to do. And to do it. That holds for the SPD as well, at least if they want to continue to participate in government. In its more than 140-year history, the party has generally done better when it oriented itself toward what was necessary, and not toward idle dreams. Former Chancellor Helmut Schmidt was a doer, and at his best, Gerhard Schröder was too. There was even more to Willy Brandt than the dreamer he is often made out to be today. "If we want to live in security tomorrow, we must fight for reforms today" was once the slogan on his campaign posters. He even coined the phrase "the new middle" that Schröder would later adopt.

In FDP leader Guido Westerwelle, Germans will have a vice chancellor upon whom not only hopes, but also fears are pinned. Germans want reform, but they don't want to be taken for a ride. The country wants to become more modern, but not less humane. Still, Germany's detour in the last four years was not all Merkel's fault. The FDP's free-market rhetoric, perceived by many as overly shrill, also dampened the country's desire to reform.

The new vice chancellor should be careful not to immediately gamble away the political capital voters have given him. Westerwelle's problem is often precisely the opposite of Merkel's -- he's a doer. He likes to be accomplishing something. His weakness lies more in intelligently assessing what it is that needs to be done.

This election has proved to be a boost for Westerwelle, but it's also a call for more reflection. He's received a mandate to reform -- but not a license to clear-cut the system. 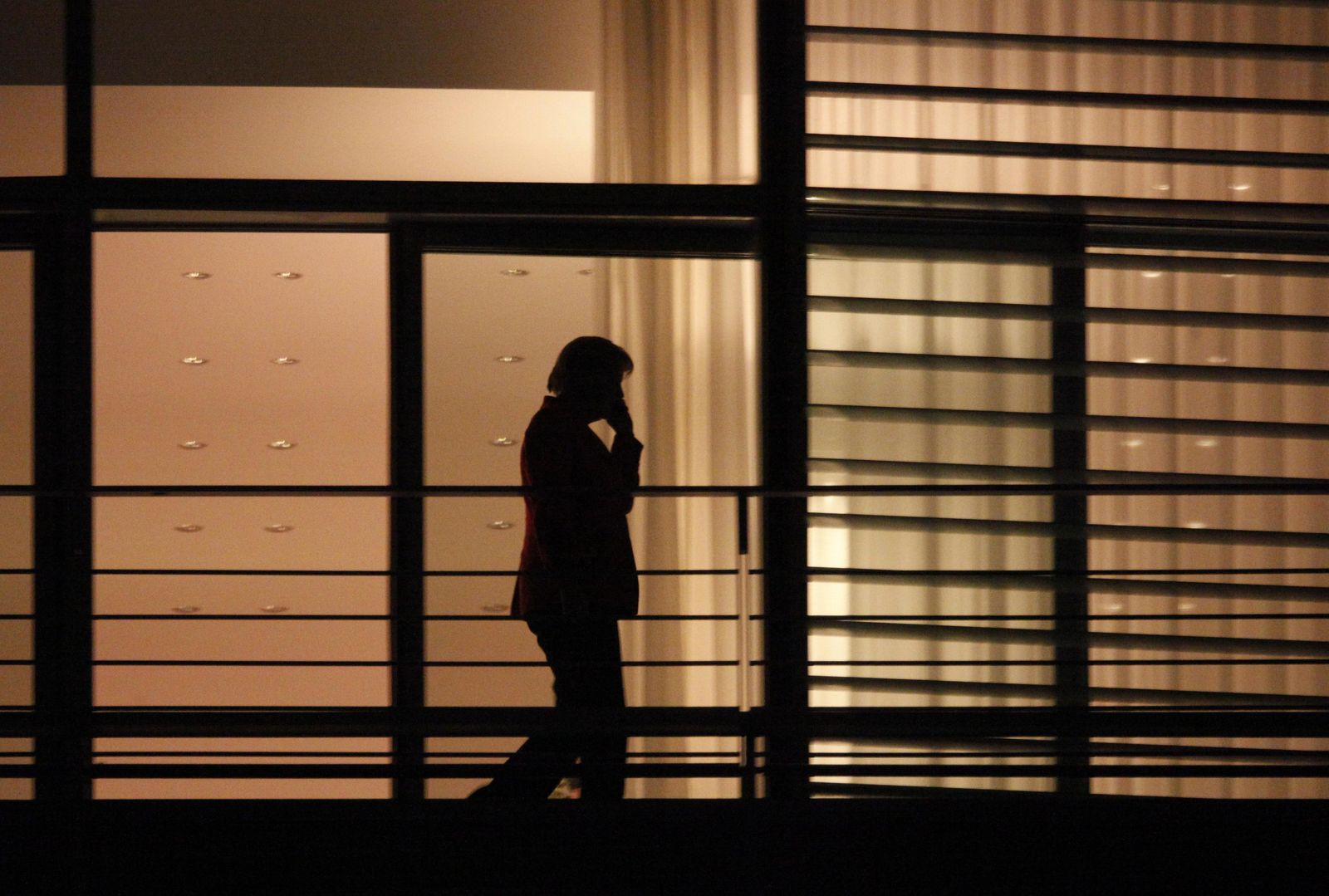 Angela Merkel on the balcony of the Chancellery in Berlin: Voters have injected the courage from outside that the German chancellor lacks.