Don't worry! Why all the handwringing? Angela Merkel will stay on as chancellor -- that much we know -- and she'll continue to govern with her wonted calm and reason. And -- chill out! -- that 13-plus percent for the Alternative for Germany (AfD) isn't so bad either -- for unlike our European neighbors, we never had right-wing populists in parliament before -- and now we do. So what? Germany is just ceding to the norm, that's all.

You could spend the next four years telling yourself all of the above every day, but it would still be wrong. Because the AfD is no ordinary party. Its ranks, even its leadership, include people who openly court far-right positions, who want to take a positive view of the German military's actions in World War II, who play down the Holocaust and want to abolish the remembrance of it. And now those people will soon be sitting in the German parliament, the Bundestag.

No, this is more than just common European right-wing populism. This is an attack on our liberal democracy -- and the other political parties, indeed the rest of society, must resist it. That will be our main task over the next four years.

The Only Good News

That's why it was right for the Social Democratic Party (SPD) to declare early in the evening that it does not intend to enter into another grand coalition government together with Merkel's conservative Christian Democratic Union (CDU). One can only hope, for the sake of the country and the SPD itself, that the party sticks to this unambiguous position. For if it doesn't, by the time the next election rolls around the Social Democrats will be lucky to be considered worthy of any coalition at all. They will no longer be a relevant party. Now they're in a position to rediscover their role in German politics, as a truly social democratic party and as a "bulwark of democracy in this country" against the far-right, as the visibly unshackled SPD leader Martin Schulz told party members in his first appearance after the election. The fact that the SPD wants to join the opposition is the only really good piece of news on this election night -- because this step, and not the entry of the AfD, might lead Germany back to the political norm.

We've been living in an abnormal state for the last few years, and the individual chiefly responsible for this is CDU party leader and Chancellor Angela Merkel. By hollowing out her party, which she stripped of all its conservative positions, she made space on its right flank and drove disgruntled conservatives into the arms of the right-wing populists. And by taking over the Social Democrats' natural issues, she drained the SPD of its life-blood until it shriveled to just over 20 percent of the vote, its worst result since World War II.

A Chancellor with the Wrong Party Membership Card

Not only has there never been a right-wing populist party in the German parliament before, there has also never been the odd spectacle of a quasi-Social Democrat chancellor carrying the wrong party membership card. This chancellor embodies consensus without debate. Whatever she did or decided was without alternative because she never had to deal with an opposition worthy of the name. But that is over now.

Angela Merkel likes to say that she enjoys solving problems. Now, to go along with Donald Trump, Vladimir Putin, the euro, climate change and a nuclear threat from North Korea, she has another one that is at least as complicated: organizing a coalition government with the CDU's Bavarian sister party, the Christian Social Union (CSU), which lost so many votes in its home state that it will go into the approaching state election shifting even further to the right in a desperate attempt to limit the AfD's power. With a Free Democratic Party (FDP) that not only opposes the European financial policies that Merkel wanted to forge with French President Emmanuel Macron, but which, to bolster its newfound strength, will want to write one or two of its own pet projects into the new government program. And with the surprisingly strong Green Party, which  actually, no, she'll have no problem getting on with these Greens at all.

"Germany will need a new government," Angela Merkel noted drily and pragmatically in the post-election TV debate. She'll keep going. She will remain chancellor, that much is certain. But apart from that, little will remain as it is. 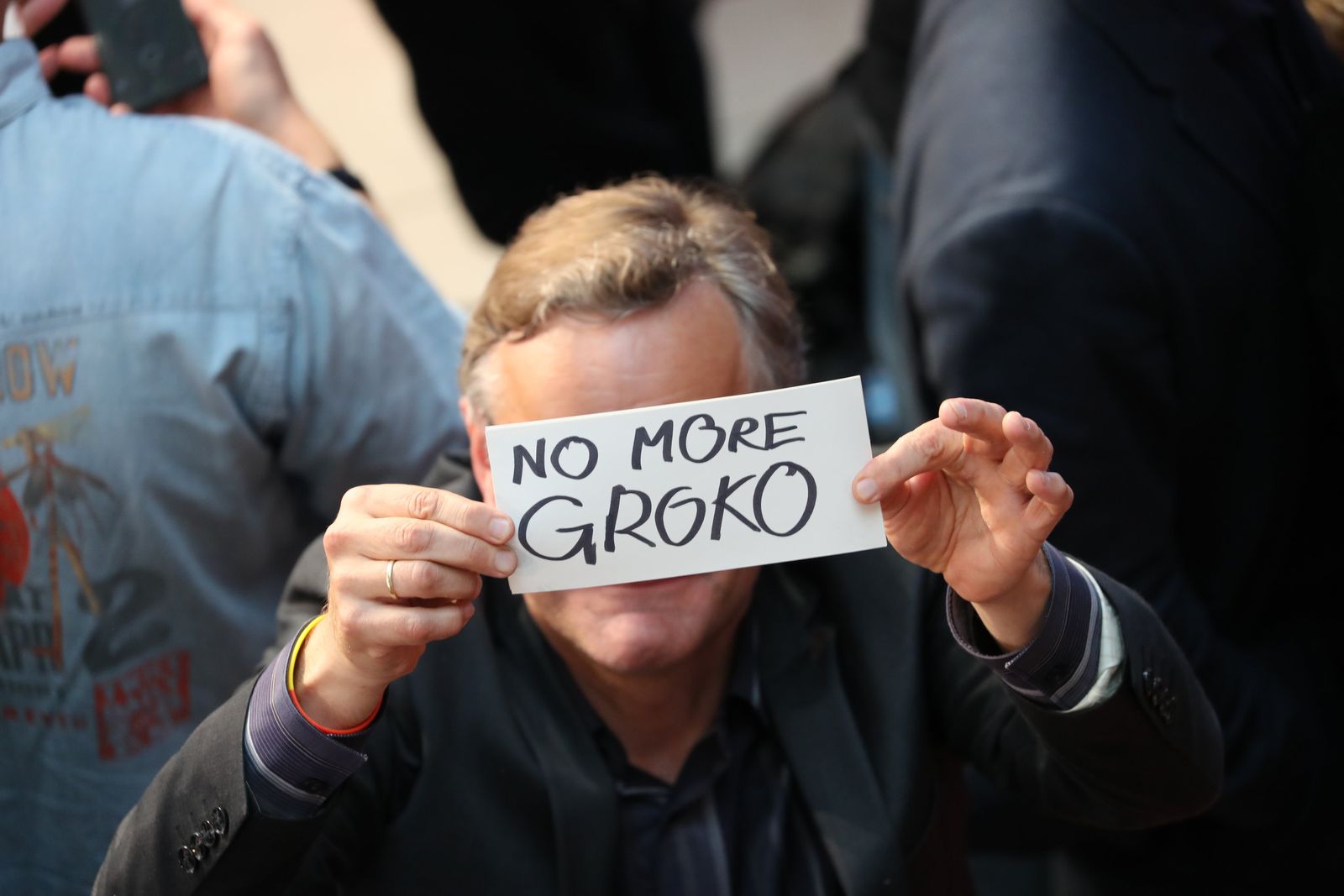