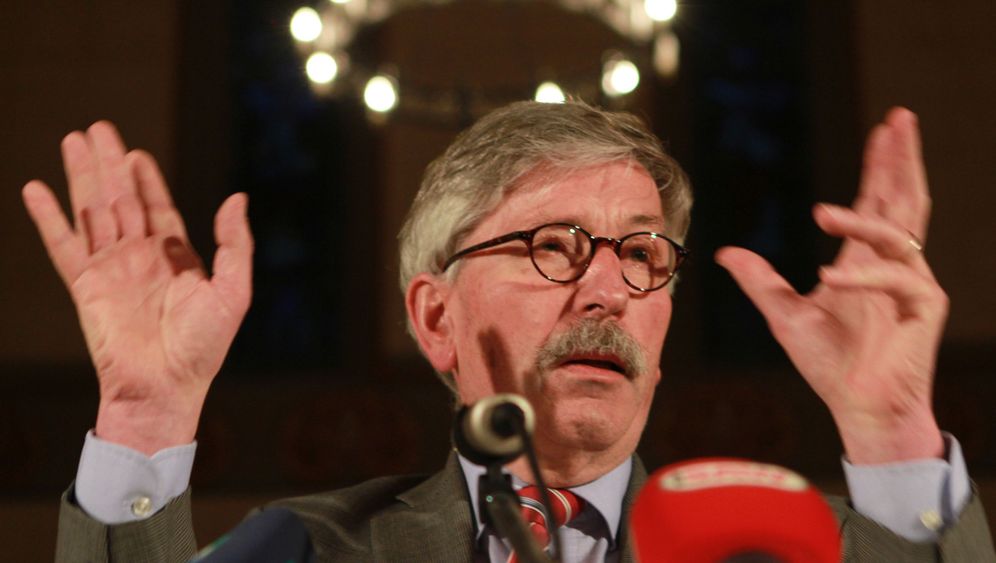 The efforts to expel firebrand Thilo Sarrazin from the Social Democrats are over, even if some members of my center-left party are clearly having trouble accepting that fact. The (SPD) leadership would have been happy to rid itself of this particular member. Instead of talking with him, they were quick to brand him a heretic. Now the arbitration committee has prevented Sarrazin's expulsion, but the political questions he posed -- and continues to pose -- remain unanswered.

The point that set off the conflict was Sarrazin's suggestion that even the best of schools can't always compensate for innate, genetic and acquired abilities. There was socio-political protest, then an appeal to ignore Sarrazin and boycott his best-selling book.

And yet, genetics these days determines a large part of our lives, from the production of tailor-made medications to the DNA testing used in forensic science.

A society that wishes to approve preimplantation genetic diagnosis for in vitro fertilization and allow eugenic abortion in the eighth month of pregnancy shouldn't remonstrate whether intelligence and ability, or academic and career success could also be influenced by genetics and upbringing.

It's understandable that such thoughts can trigger some worry, given our history. But it is high time to return to international normalcy. It's important that we be allowed to attain knowledge -- what we make of that knowledge is another question. We should also hold authors responsible for what they write, but not for what others assume about them based on historical concerns.

What was this actually about -- and what should it be about? It worries all of us that family background and homelife still significantly determine children's success in school and life. There are many reasons for this, some having to do with genetics, but many more with upbringing. This is why Sarrazin pled in his book for more decisive educational policies, for social workers' visits from birth, for nutritional advice in early years, for daycare, preschools, school uniforms and all-day schools instead of the typically short schedule where children are let out in the early afternoon. He defines his express goal as "equal opportunities" and the crucial challenge -- and central task of any educational policy -- as how to handle those who are "not academically inclined." Still, differing abilities mean there must be an alternative open to those more practically inclined.

The Rift Between the Competent and the Others

In other words, Sarrazin raises questions, but his analysis doesn't yet provide a political solution to these problems. What we need to recognize is that we are pushing the "knowledge-based society" with ever more determination. This is the necessary foundation for successful competition in terms of globalization, and in this respect we're doing the right thing. But it is also important to recognize that precisely this emphasis on intellectual abilities is dividing society in an increasingly ominous way. It is not bankers, bonuses or neoliberals that are responsible for the global growth of societal inequality, but this systematic scientification of economy and society. Here lies the root of the growing rift between the more competent and the others.

Just a few weeks ago, an international conference in Berlin determined that better schools could indeed identify the more capable in a more socially equitable way -- but it would still remain a selection based on individual abilities. What happens to those left behind? Do we really want to keep sending their jobs away to low-wage countries without a thought?

Society needs to find answers to these questions, or else they will answer themselves -- and that would be the least desirable option. Our society needs to clarify more openly and more boldly whether, for example, we could use simpler and shorter training periods for occupations that suit those who are less talented, which would, among other things, empty out the endless waitlists for job-training spots. Or whether perhaps a minimum wage set too high actually ends up sending the more basic jobs out of the country. In any case, even the best schools can't truly transcend the growing gap between the number of knowledge-based jobs and those who are less-capable of learning in this knowledge-based society. But we still need to ensure this rift doesn't grow unnecessarily wide. And only by accepting the fact that abilities vary can we treat the less-capable more fairly. SPD, take note!

Educational studies show that Muslim immigrants apparently have a more difficult time than other immigrant groups keeping up in the educational system -- much more difficult. This has nothing to do with "genetics," nor does Sarrazin think it does. Rather, he asserts explicitly "that human genetic endowment among all peoples is very similar" and sees the same as applying to "intelligence." He believes -- as do many social scientists -- that the cultural environment of the Islamic world is one source of these problems.

The focus here is not Islam as a religion, but instead its traditions in terms of family and childrearing. Language is a "mother" tongue, and when a mother only feels at home in her native language, she will first guide her child into this language. Always. But when the "fatherland" later uncompromisingly insists on its own language as the common language, how are these children supposed to exist in this "foreign," i.e. German-speaking, place?

Only by recognizing this problem is it possible to do something about it. We need to reach out much more successfully to the fathers in our largest immigrant group, the Turks, to break through cultural language barriers. But the Turkish government is also blocking the way. Who will be bold enough to take up this debate with the Turkish state? Where are the foreign policy experts in the various parties willing to take on Ankara's policy of supporting "Turks abroad?" The target here should have been not Sarrazin, but these anti-integration policies on Turkey's part. SPD, take note of this too!

We can still argue today, and justifiably so, over whether the Sarrazin debate was, in the end, "helpful" for integration in Germany, to borrow the chancellor's term. But it would also be worth talking about the fact that the debate could have indeed been helpful if Sarrazin's thoughts and questions hadn't been immediately demonized.

Uniting Success and Family for Women

Another topic we need to take up is the increasingly negative dialectic between feminine emancipation and demographics. So far, our society's response to the central problem of its future has been highly indecisive and tentative.

Demographically speaking, we know that successful women in our society often have comparatively fewer children than those who are less successful -- regardless of whether they achieve their success as supermarket managers, masters of skilled crafts or in high-level positions requiring academic degrees (like Sarrazin, I apply this broad OECD definition). Motherhood and the (formerly!) "male professions" remain difficult to reconcile.

But if we want a larger proportion of professionally successful women, or to even actively encourage this development, we must also think more intently about how to solve the dilemma between desired emancipation and desired offspring. We need to discuss and also experiment politically on this question: How can we make it possible for professionally successful women (regardless of their family background) to raise more children despite the demands of their professional lives? And we should do this soon, because these women themselves are often deeply unhappy about not being able to realize their desire to have children.

If we don't make a change, our population will inevitably shrink due to more women spending longer on their studies and taking professional leadership positions. And we can't rely just on buying up other countries' talent! We should take Sarrazin's prediction seriously. Rainer Klingholz, one of the directors of the Berlin Institute for Population and Development, calls these demographic development calculations (for which Sarrazin has been so sharply criticized) not predictions, but simply "accounting."

What are Sarrazin's suggestions? He isn't just "considering" more daycare, preschools and family income splitting (perhaps following the French model), but also a lump sum parental benefits payment, in addition to the already instituted monthly child benefits, to potentially compensate for high education costs and the loss of income in the first years. Those who don't want these things need, at the very least, to give some result-oriented consideration to the problem and make other suggestions. It's high time.

At the moment, neither the government nor the opposition offer persuasive answers. What could we do politically to create more family-friendly working hours (following Sweden's example)? Or what if every university were required by law to provide free daycare services on campus? This topic is a broad one and as yet untouched, perhaps for fear of being labeled "population policy." Here too, more imagination and more courage, instead of simply saying "No, not that way," would have been a better response to Sarrazin.

The Sarrazin debate was a sad example of dispirited "correctness." Not only the SPD but nearly the entire political elite, with its otherwise inquisitive intellectuals, failed to understand his questions and respond in their own way. It's not necessary to agree with Sarrazin -- head-on, factual criticism would also be fine -- but we need to at least take his questions seriously! The SPD, at any rate, made things too easy for itself with the expulsion proceedings. The arbitration committee is now returning the matter, competently and knowledgably, to factual questions.

We can be grateful to the committee members for that, because a society can't afford to shut down discussion on burning, time-sensitive questions. It is the task of the different parties, and that of politics in general, to make room for such debates despite opposition. This is the only way to facilitate free and productive dialogue. Without this, and without more self-confidence on the part of the parties -- and politics as a whole -- we won't be able to prepare our children's future successfully.