You are a remarkable country: attractive and prosperous, diverse and influential. You have shaped Europe in very important ways and -- forgive the clichés -- you stand for virtues like hard work and reliability. Your engineering skills have a strong reputation everywhere, and your companies are respected halfway around the world. In short, you have a lot to offer.

At the same time, you suffer from an enormous problem. Your population is shrinking and aging, which is one reason your pension system is already running into problems. Once again, you are forced to conclude that you don't have enough qualified workers. This time it isn't just blue-collar workers you are seeking, as you did in the days of your economic miracle, the ones you unrealistically referred to as "guest workers." This time it's doctors and engineers. And now you have concluded, as you did in the past, that immigration might solve your problems.

An Indian software engineer with two job offers recently asked me which one he should choose. One was from an American computer maker and the other was from a German software company. "I would have to move to the United States for the one job and to Germany for the other. What should I do?"

What Should I Tell the Indian?

I like you, Germany, and I really wish you didn't have these problems. But to be perfectly honest, I'm not sure what advice I would give my Indian acquaintance.

Your language, which I value, is extremely difficult to learn, and most of the world's highly qualified individuals can easily get started with their level of English proficiency in the United States, Canada, Australia, Singapore, Malaysia, New Zealand and Scandinavia -- almost anywhere in the world, in fact. But not in Germany. Your food -- well, for most people in the world it takes some getting used to. And your climate is a real drawback. Don't get me started on your bureaucracy. And do you really believe that your social system, which you're so proud of, can tempt any highly qualified worker?

So, let me ask you bluntly: What exactly do you have to offer the Asian programmer, the African doctor or the engineer from South America? Where is your Little Italy, your Chinatown, your Indian neighborhood? Sure, you have Turkish neighborhoods, like the ones in Berlin, but all you do is complain about them.

Are you actually aware of the fact that as a country, you have to recruit highly qualified immigrants, just as a company recruits good employees? That you have to compete for the best minds in an international competition? That your name and reputation aren't enough, and that you have to put something on the table instead? That you need a truly welcoming culture and should allow diversity in all respects?

Instead, you discuss ways to reduce barriers to immigration, as if you were the center of the universe, to which all people were attracted by virtue of some force of nature. As if it were entirely up to you to open the sluice gates just far enough to allow the right amount of talent to flow in. As I mentioned, you're really wonderful, but you're behaving like one of those men who thinks he's the greatest guy in the world, who believes he can have his pick of women. With that self-image I'm afraid you'll wind up alone with your problems, because you don't even notice that no one in the world -- except you, of course -- thinks you're irresistible.

So you want something from immigrants!

For decades you've treated immigration as a threat. In doing so you paved the way for downright paranoid discussions, like the one provoked by Thilo Sarrazin last year, and for a hostile atmosphere. And now you think you can just stand there, shout "Skilled Workers!" and suddenly they'll come running? Lowering the hurdles for immigration must make you feel incredibly generous and gracious. Your government, after all, is talking to representatives of industry and trade unions. But the minimum salary for highly qualified workers from non-EU countries to achieve, if they want the right of permanent residency, stands at €66,000 ($94,500). Is that supposed to be a joke? What German worker makes that much money at the beginning of his career?

You indicate that you intend to lower this minimum, recognize foreign degrees and make it easier for people with professions you urgently need to come to your shores. For example, the so-called rule of preference for engineers and doctors was recently eliminated, which means that employers are no longer required to search for German job candidates first.

Let me tell you something: It isn't enough. Don't forget that it's people you want to attract, not economic factors. People with their own desires and dreams, cultures and mentalities. They'll certainly work on themselves to please you, but not at any price. They will retain their idiosyncrasies, and they'll want to nurture their language and culture. You should see this as an enrichment, not a threat. Make these people a part of you; don't treat them like guests. After all, just as they want something from you, you ultimately want something from them.

Otherwise they'll go to other countries that grant them this freedom, places where they have an easier time and where they are welcomed unconditionally.

With best wishes for your future,

The author is the son of Indian and Pakistani parents, born and raised in Germany, and an Asian correspondent for SPIEGEL in Pakistan. 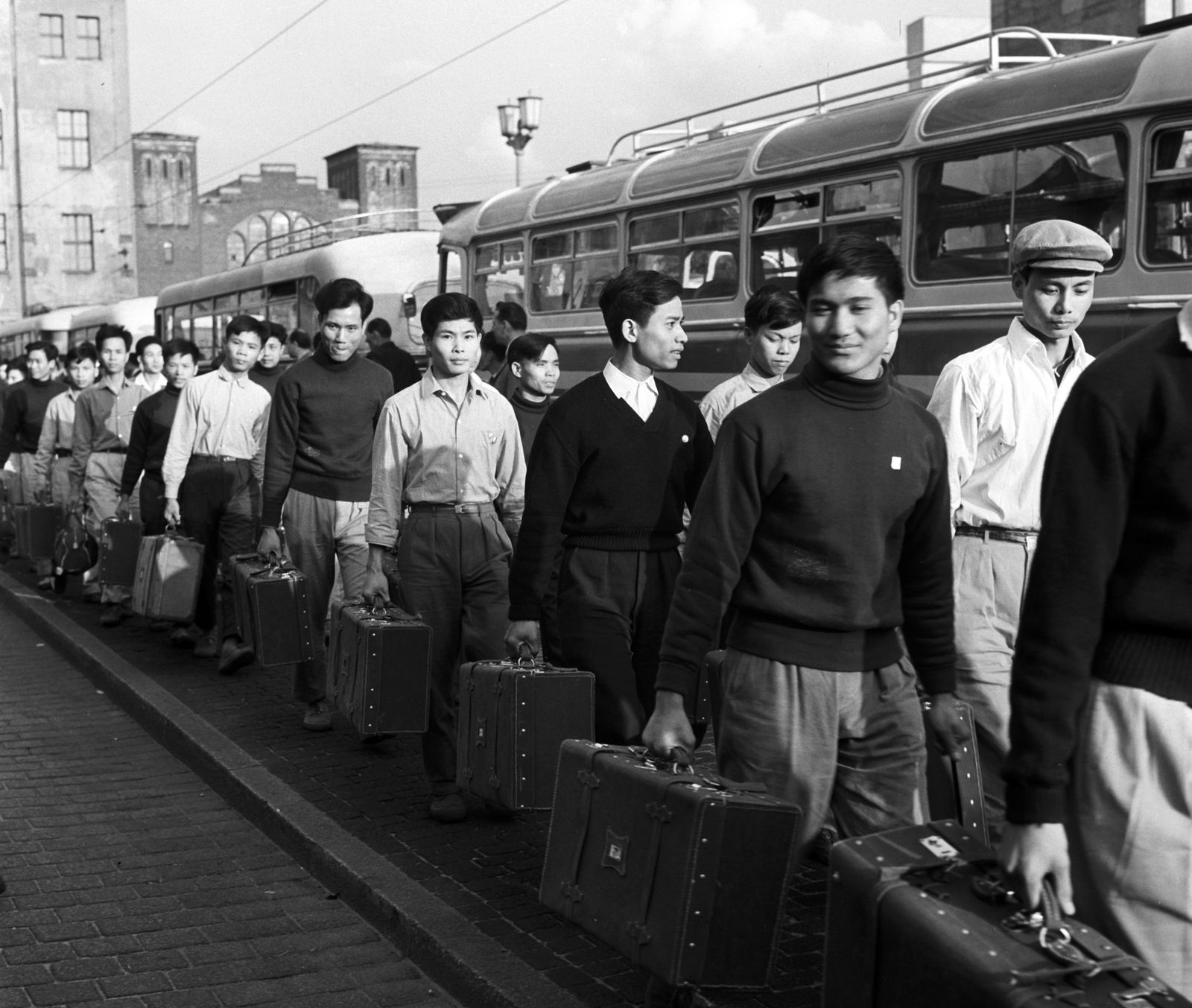 Vietnamese guest workers arrive in East Berlin, 1973. Germany has put out the call for immigrant labor more than once in its checkered history, and now it wants well-paid professionals.