Germany's Social Democratic Party these days is a pathetic shadow of its former self, and there is, of course, a tragic element to the public disintegration of a once proud party. The unsavory fight between Sigmar Gabriel and Martin Schulz over the position of foreign minister in the new government, the rebellion brewing in the grassroots - all of it is driving the SPD downward in the polls, to its alarming showing last week of 16 percent. The only thing now missing is the party's membership rejecting participation in a new coalition with Chancellor Angela Merkel. Should that happen, the party will be focused entirely on itself for quite some time to come. Or at least on what is left of it.

But it would be too simple to place all the blame for the spectacle on SPD leaders. We are, after all, actually witnessing a development that has long since become inevitable: The end of dominance of former big-tent parties. Merkel's Christian Democrats likewise find themselves in a deep crisis, though it has thus far lacked the intensity of the one afflicting the SPD.

The era of traditional big-tent parties is coming to an end in Germany. Ever since the founding of postwar Germany, the SPD and the CDU have alternately held political power in the country, with their senior functionaries reliably mediating between voters and the state. But it looks as though this arrangement will soon be over. The way politics is done in Germany is undergoing a profound shift.

Germany is being overtaken by a development that is much further along in other countries. In the Netherlands, four parties were necessary to assemble a governing coalition. Belgium went for 541 days without a government. In France, a young savior stormed the presidency and swept away the old party system in the country. Few thought that something similar would be possible here in Germany. As we now know, however, that was a mistake. Were new elections to be held today, a coalition between the conservatives and the SPD would have trouble achieving an absolute majority. Support for the SPD has fallen to a level generally seen among traditionally smaller parties like the Left Party, the Greens and the business-friendly Free Democrats. And it is neck and neck with the right-wing populist party Alternative for Germany (AfD).

Understandably, it is a situation that many people find unsettling. The system that has existed until now stood for a stability - and that stability is now likely a thing of the past. But it doesn't help to bemoan the political upheaval. It is, after all, a logical development that cannot be stopped. It is a reflection of the societal trend toward fragmentation, toward more individualism, toward the disintegration of traditional milieus. It is a reflection of the logic inherent in social media. The big-tent parties, with their numerous wings representing different elements of society, no longer correspond to an era in which voters want to see their own unique desires represented directly. Career politicians who have spent decades moving from one political committee to the next on their way up the ladder have fallen into disrepute, as have 100 percent results in party convention votes. Voters are becoming emancipated from political parties -- they no longer trust the elite and they yearn for more participation. That can also be seen in the increasing calls for more direct democracy in the form of referendums.

Is this development exclusively negative? Politics will certainly become more volatile, more populist and perhaps riskier as a result. Democracy might no longer resemble a well-oiled machine but a constant tightrope walk. The election of Donald Trump as U.S. president shows what can go wrong and how much is at stake.

The article you are reading originally appeared in German in issue 8/2018 (February 17th, 2018) of DER SPIEGEL.

That is also true of the success of the AfD in the general election last September. It's not just right-wing populists who benefit from the new rules of the game, though. So, too, do centrist politicians who know how to sell their views. People like Emmanuel Macron in France, Sebastian Kurz in Austria and Christian Lindner, head of the Free Democrats in Germany. Their parties, which they prefer to call "movements," may be held together by marketing just as much as they are by a political platform. But their success reveals a need. And Macron's success was able to revitalize France's decaying political system. The lesson is: The changes we are witnessing are neither completely bad nor completely good. The question is what politicians and voters make of them.

The deep crisis facing Germany's once dominant big-tent parties represents a challenge. It could weaken the country. Already, Germany has gone months without a government and without a voice in the world. But that doesn't mean a return to the Weimar Republic, and democracy is not yet in danger. We cannot now, though, focus our attention on defending obsolete structures. We have to stand up for our values: for liberal democracy, the constitution and our state institutions. There are good reasons for why many voters are yearning for a renewal. If that results in new parties and forms of political participation, it will breathe life into the political system and, in the best case, make it more resistant.

It is always wrong to be afraid of voters. Wanting to persuade them of your own political convictions is always right. 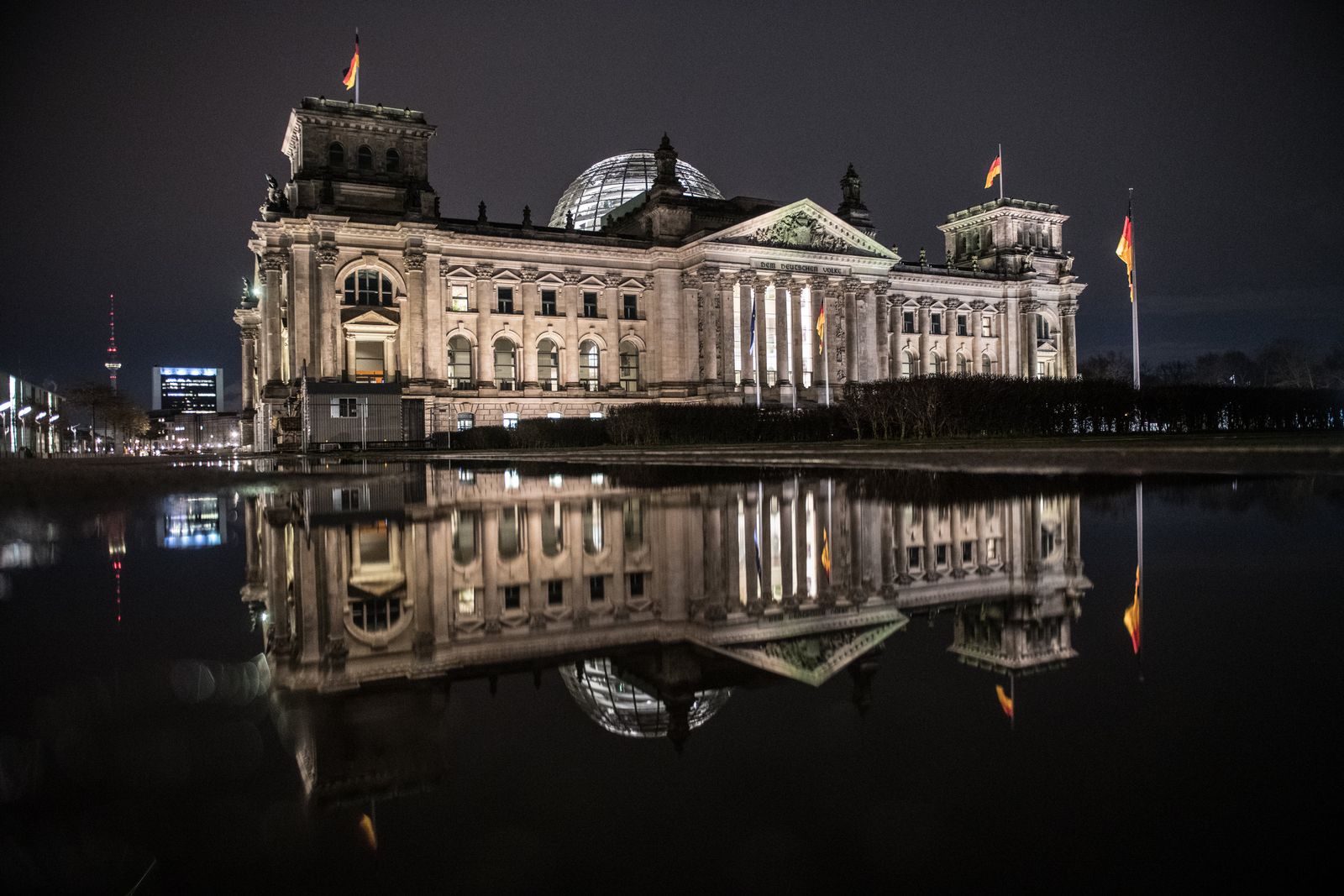 The Reichstag in Berlin