Power? Politicians in Germany don't seem to want it. The Free Democrats (FDP) already ran away from it and the Social Democrats (SPD) have been fussing over it for weeks. What's wrong with these politicians? Isn't power supposed to be the ultimate aphrodisiac? People used to say that birds would fly strangely before natural disasters like earthquakes or volcanic eruptions. The same seems to apply to some politicians. They sense that something is about to happen -- something big -- the end of the Merkel era. As a result, they are behaving differently than usual.

It could still be awhile before Angela Merkel cedes power, but it's clear that we've entered the late phase of Merkelism. This form of governance has been dominant in Germany for the past 12 years. It places consensus, quiet and stability above all else. That's why the leaders of Merkelism do all they can to avoid disputes and appease the voter. Merkelism's natural habitat is the political center, where the desire for societal consensus is greatest precisely because the center believes it is the embodiment of consensus. No attention is paid to the political periphery. Backbone is optional and political policies are fluid -- and can even be borrowed from political opponents.

Germany, to be sure, has profited from Merkelism. The country skated elegantly through the global financial crisis and the economy prospered. Nonetheless, Merkel was never able to bring herself to undertake major reforms because doing so would have riled people up and put an end to the stifling quiet. Unfortunately, democracy has also decayed a bit because strife is its lifeblood -- the competition between different positions. The darkest symptom of this type of governance was the desire for lower voter turnout because Merkel's party, the conservative Christian Democrats (CDU), was thought to profit from it.

Now Merkelism is in a state of crisis because two important prerequisites are no longer being filled. For one, it requires a societal climate in which broad consensus is possible. And, by its very nature, it also requires that Merkel be strong.

For many years, a fundamental consensus held in Germany. Merkel's concept of sedation worked by and large -- and not even the greatest crisis of her time, the global financial crisis, could divide the country. But that peace finally came to an end due to the 2015 refugee crisis -- a conflict that landed the right-wing populist Alternative for Germany (AfD) party in parliament, divided Merkel's Christian Democrats, distanced the Free Democrats from the Greens and drove a wedge between the center-left Social Democrats and parts of the conservatives. That divide now runs right through the political center and a broad periphery has emerged on the right with which no consensus is possible.

Indeed, the great irony of our time is that Merkelism slid into crisis because it violated its own principles. The chancellor actually dared to take a stand on the refugee issue and it unsettled part of the country.

This led to a poor showing in elections for Merkel's Christian Democrats and Merkel's authority has suffered as a result. People have become aware that she is only likely to govern for another two or three years. This has emboldened her potential successors. Jens Spahn of the CDU is openly challenging the chancellor by criticizing her refugee policies and vociferously questioning her desire to form a government together with the center-left Social Democrats.

The SPD and the FDP are now distancing themselves from her. Both parties have learned from experience that Merkelism also lives by sucking up the energy of others. Each of them saw voter support plummet after governing together with Merkel in past coalitions. It's the post-Merkel era that now consumes their thoughts. And they want to ensure that they are in the best possible position when that time comes.

The latter phase of any era tends to see a shift in attention toward the future. And that is bad for the present. Germany is currently suffering from the lack of a stable government -- both domestically and abroad. The conservatives, the SPD and the FDP are all lacking direction. The birds are flying strangely.

Meanwhile, Merkelism lies in ruins. The aim of Merkelism had been to calm the country, but its refugee policies, and the ensuing loss of control, triggered agitation instead. It sought stability at almost any price, but it has pushed the country into one of its most unstable periods. The biggest problem with Merkelism, though, has recently emerged as Merkel herself. She has now become associated with an end -- and not with a new beginning.

Whether Germany ends up with a repeat of its current coalition or a minority government, much of the focus will remain on the end of the Merkel era. And the instability this will create, this combination of political paralysis with power struggle, will be prolonged for years.

But is it necessary? If Merkel is so attached to stability, then she should be able to see that the country won't benefit at all if she reaches or exceeds Helmut Kohl's record of 16 years in office. Merkel too should begin to imagine the future of politics in Germany -- a future without Merkel. 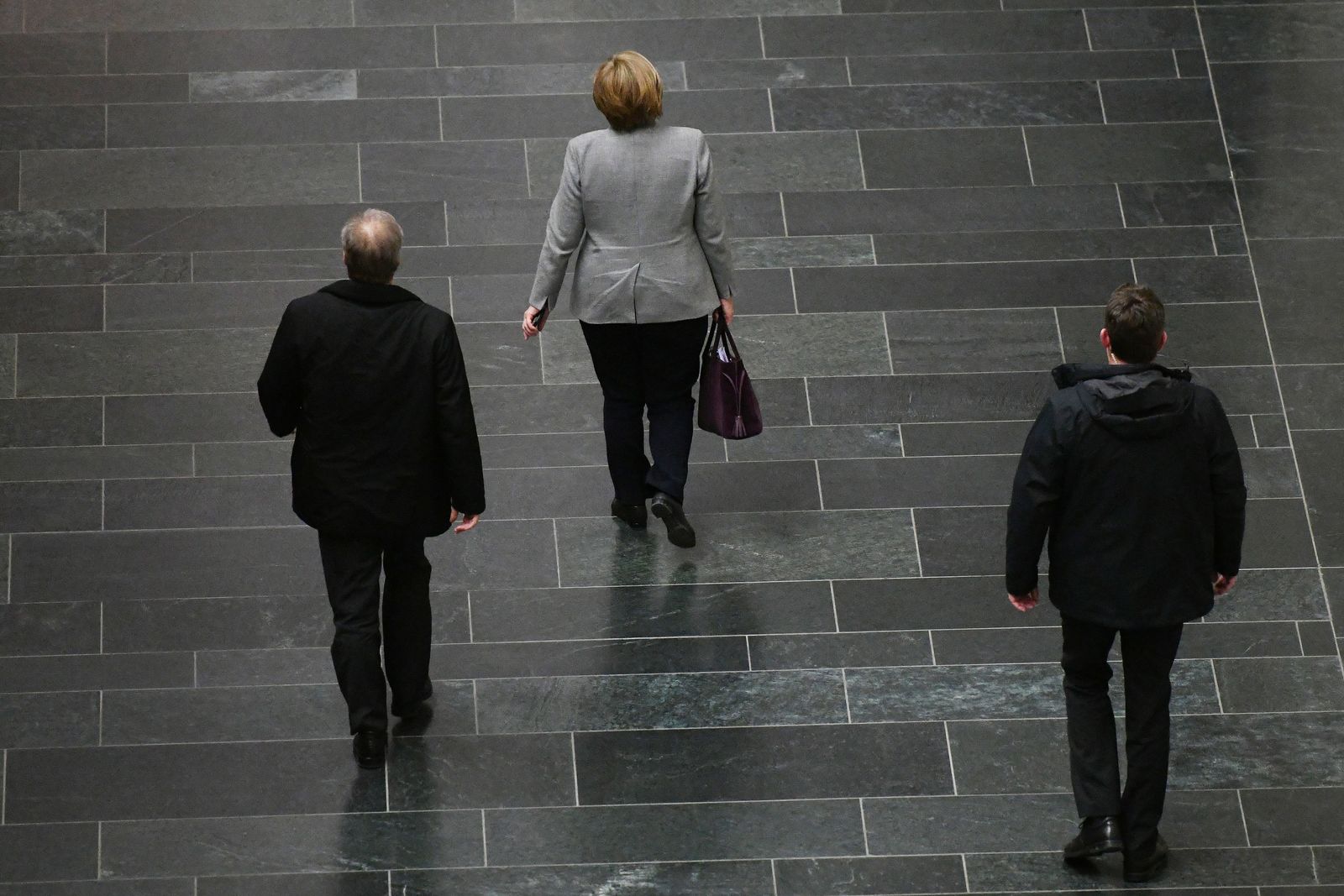