The Forsa Institute just conducted a new poll for the newspaper Der Freitag in which a representative number of German residents were confronted with bare remarks by four European right-wing populists. The results are unexpectedly clear: Right-wing ideas appeal to an unexpectedly broad portion of the populace.

The voters most prone to express them are members of the conservative CDU/CSU (Chancellor Angela Merkel's Christian Democrats and their Bavarian sister party), the FDP (the business-friendly Free Democrats) -- and the Left Party, consisting of many former East German communists. Perhaps most alarming is that 20 years after the fall of the Berlin Wall, attitudes nationwide have shifted closer to East German right-wing populism than to analogous ideas from the former West.

There are sharp differences among voters from different parties, though. Voters from the CDU, FDP and the Left Party -- rather than the centre-left Social Democrats (SPD) or environmentalist Greens -- find EU membership too expensive to tolerate. Greens and FDP members both show less anti-immigrant sentiment than the supporters of other parties. Christian Democrats, Free Democrats and leftists show the most Islamophobia. But when it comes to rejecting the euro, Left Party voters surpass all other respondents.

There are also sharp differences between eastern and western Germany: Euro-skepticism and anti-Muslim feeling are far more common, by at least a third, in the former East.

Besides the Greens, in other words, all German parties are infected with some form of the right-wing virus. The most successful right-wing populist in Germany at the moment calls himself a Social Democrat: Thilo Sarrazin. It's an open secret that the SPD refused to kick Sarrazin out of the party for fear of certain right-wing populist currents within its ranks. This should have been an alarm signal for our political culture, and it's confirmed by the xenophobic and anti-European sentiments exposed by the Forsa poll. But the SPD leadership's behavior may have been a survival tactic, since Sarrazin could have acted as a sort of Lafontaine of the right by founding his own maverick, populist party -- and shaving off a significant part of the SPD's right wing.

The FDP is now preparing for life without Guido Westerwelle, the current foreign minister who recently resigned as vice-chancellor in Merkel's cabinet and leader of the Free Democrats. The party needs a new identity; but it must beware of right-wing sentiment left over from its recent transformation from a classic European liberal party to a neo-liberal self-service shop. Within the Left Party, too, the leadership's emancipatory rhetoric is sometimes at odds with the true feelings of the party base.

Border Controls and the Danish Right

These poll numbers should draw the attention of German politicians. Right-wing populism has long been a dominant force in Europe. From Norway to Italy, from Finland to France, right-wing populist parties now have seats in more than 15 national parliaments. And they're gaining influence: On Wednesday the Danes announced that border controls will be reintroduced -- against general EU policy -- to keep out economic refugees and "criminals" from eastern Europe.

Germany may be on the same path. The parties are not following a basic demand of the postwar federal constitution, namely that the power and responsibility of decision-making also requires telling some uncomfortable truths to the general population. Politicians and the media have shown astonishing support for the euro under extreme financial pressure; but it would be just as important to show similar support for a balanced relationship with Islam and the flow of immigrants.

Too many politicians and journalists fail to take the lead on these ideas, perhaps in fear of popular resentment. Germans lately have grown accustomed to nurturing a positive self-image, free of the shadows of history. But they overlook the dangers of the present. You don't have to cast unique aspersions on German character to worry about the German susceptibility to right-wing ideas. It's bad enough, in the current climate, if Germans fail to behave any better than their neighbors. 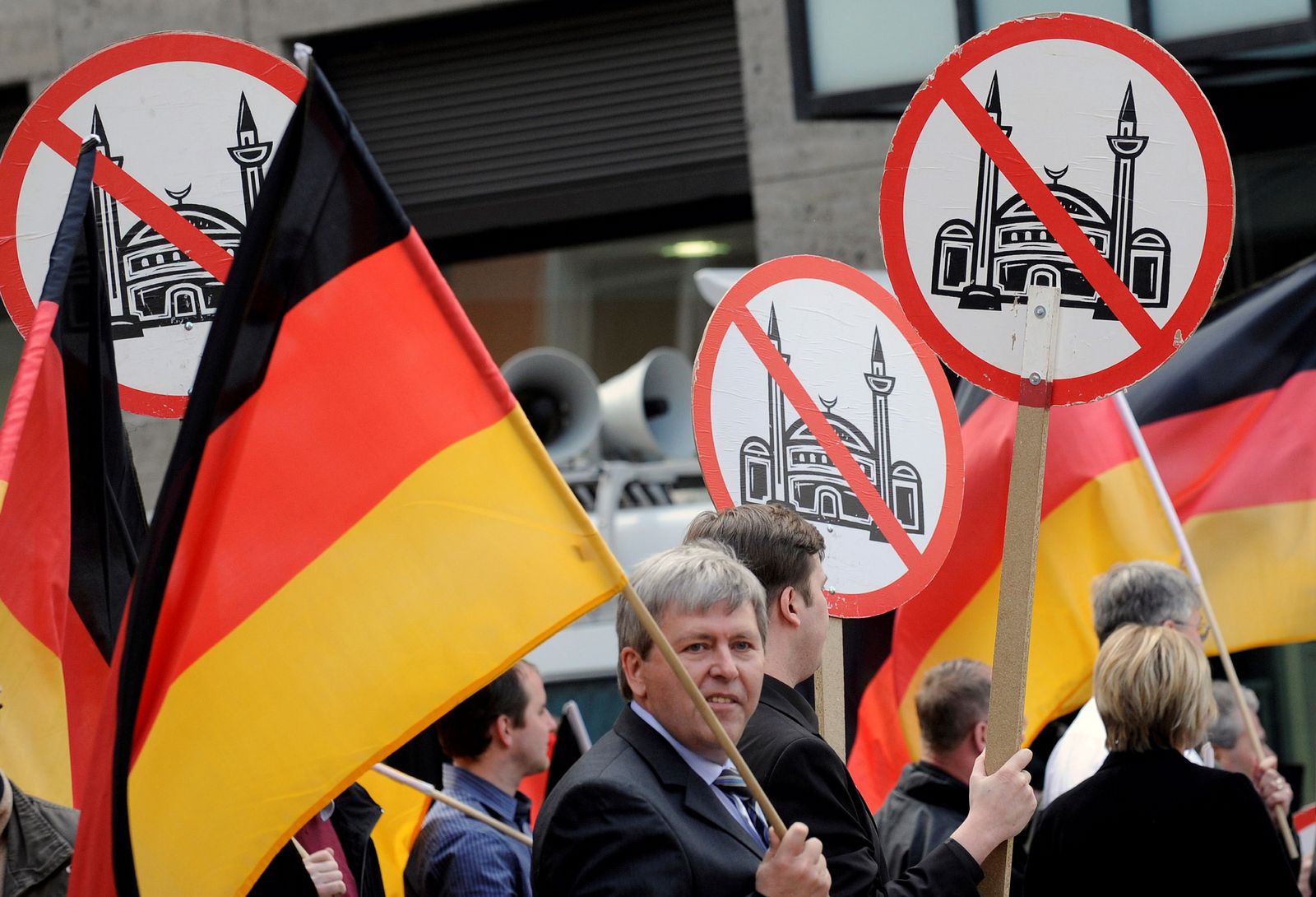 An increasing number of Germans are prone to anti-Muslim, anti-immigrant sentiments.